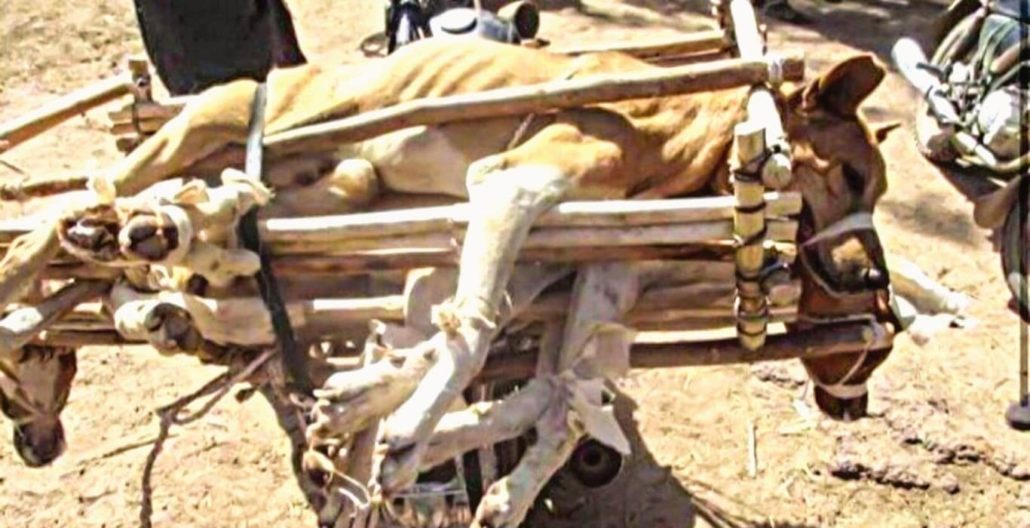 In the African nation of Mali, thousands of dogs are cruelly abused before being sold in open markets for humans to eat. The dog meat trade, most commonly associated with certain Asian countries, is one of the most horrific and stomach-churning animal welfare issues in the world and shockingly, this brutal and inhumane trade is […]

Grateful for friends like YOU! Part 5: Because you believed…

GIVING TUESDAY IS HERE… the day when generous hearts around the world make a special gift to their favorite causes and charities. Today, we hope you will choose Network for Animals for your Giving Tuesday donation. As you’ve read in the amazing rescue stories we’ve shared this month, all around the world, animals like Sophie […]

Grateful for friends like YOU! Part 4: The brave little shelter that could!

The special day of giving, Giving Tuesday, is now only two days away. Today, we want to share the fourth installment in our 5-part email series that gives thanks to YOU – a vital friend to the NFA family and animals in need. Today’s uplifting rescue story simply would not have been possible without the […]

Seals are dying on the shores of South Africa! THEY ARE STARVING!

Right now, Cape fur seals are in crisis! Thousands are washing up on the shores of the Western Cape, in South Africa – some already dead, and others sick or injured. All are emaciated. When you imagine a seal, you think of a fat, well-covered and insulated animal. These seals are just skin and bone, […]

Grateful for friends like YOU! Part 3: “Paw-less” kitty and the hope YOU gave her!

With just a little more than a week now until Giving Tuesday, we’re continuing our 5-part email series that gives thanks to YOU for being a friend to NFA and the animals – by sharing a special rescue story that could not have happened without ongoing support like yours. This week’s story, shows the power […]

Mike the puppy was TRAPPED IN A PUTRID PIT OF GARBAGE in AFGHANISTAN – children stoned him, hoping to kill him – or watch him suffer and die!

Today we’re reaching out to you with a heart-rending story of abuse from Afghanistan. With your kindness and generosity, we WILL be able to change the ending of this tale. As you’ll recall, the situation for animals (and people) in Afghanistan took a terrible turn when British and American troops withdrew from the region at […]

Nearly 100% of tossed away dogs are suffering and dying on fly-ridden rubbish dump!

In Trebinje, Herzegovina, street dogs are treated with almost medieval cruelty. Those unlucky enough to be born in this Balkan town are pursued from birth by a dog catcher. If they are caught, they are tossed into a trailer, taken to the town’s rubbish dump and held prisoner there until they die! The dogs live […]

Grateful for friends like YOU! Part 2: They threw Jack the Labrador away because he had cancer, but YOU HELPED SAVE HIM!

Giving Tuesday won’t be here until November 30th. But every Sunday in this month of gratitude and thanksgiving, we continue to count our blessings for the good YOU do every time you donate to NFA with a special rescue story that could not have happened without urgent support like yours. This week, that incredible rescue […]