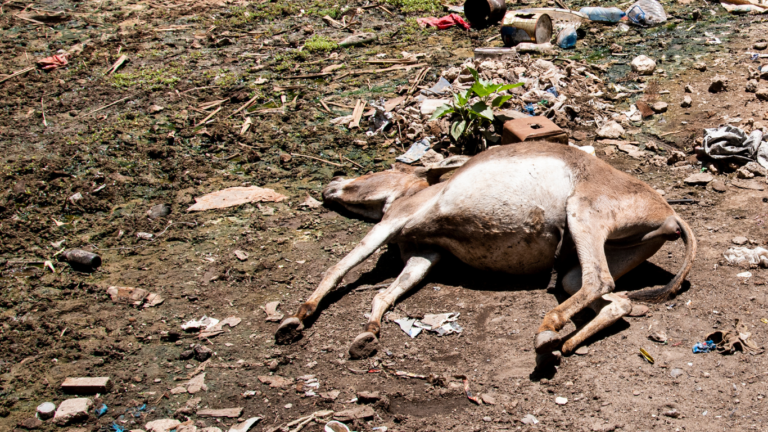 Rampant abuse to donkeys – beatings and whippings! DEATH FROM STARVATION!

In Lamu, a small island off the coast of Kenya, donkeys are starving, forced to scavenge for food on garbage heaps. They need our urgent help.

There are an estimated 2,000 donkeys on the island of Lamu alone, and many suffer from shocking injuries, malnutrition and skin diseases. Donkey abuse is rampant; beatings and whippings are common. The poor creatures are also forced to pull overloaded carts using badly designed harnesses which cause them serious injuries. 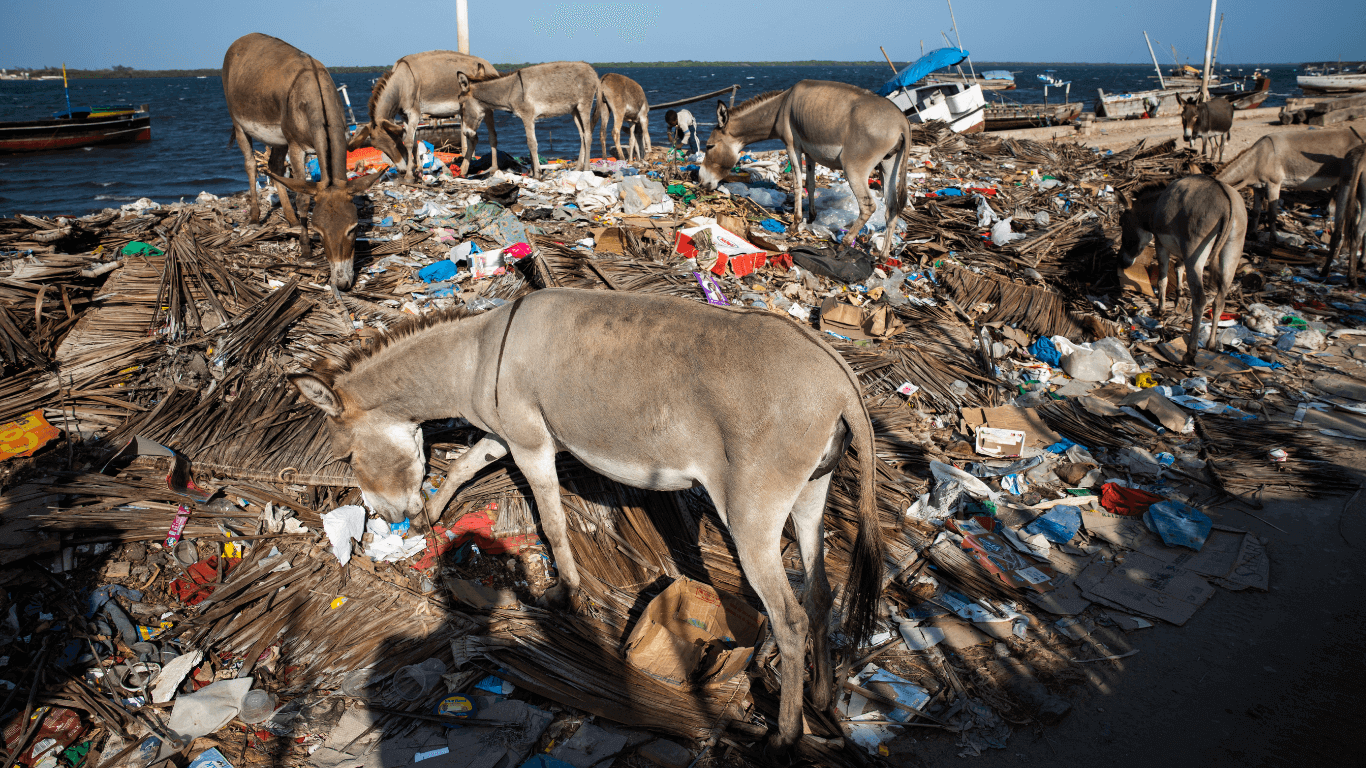 As if that is not bad enough, tourism has collapsed in Lamu because of COVID, and many owners can no longer afford to feed their donkeys.

Some owners have abandoned the sad creatures and left them to fend for themselves. The donkeys have only one remaining source of food and that is from garbage dumps. The donkeys are so hungry that they eat plastic waste, which makes them sick and blocks their digestive system so they slowly and painfully starve to death.

Donkeys are dying every single day in Lamu and, without our help, they will continue to do so until the last one dies. 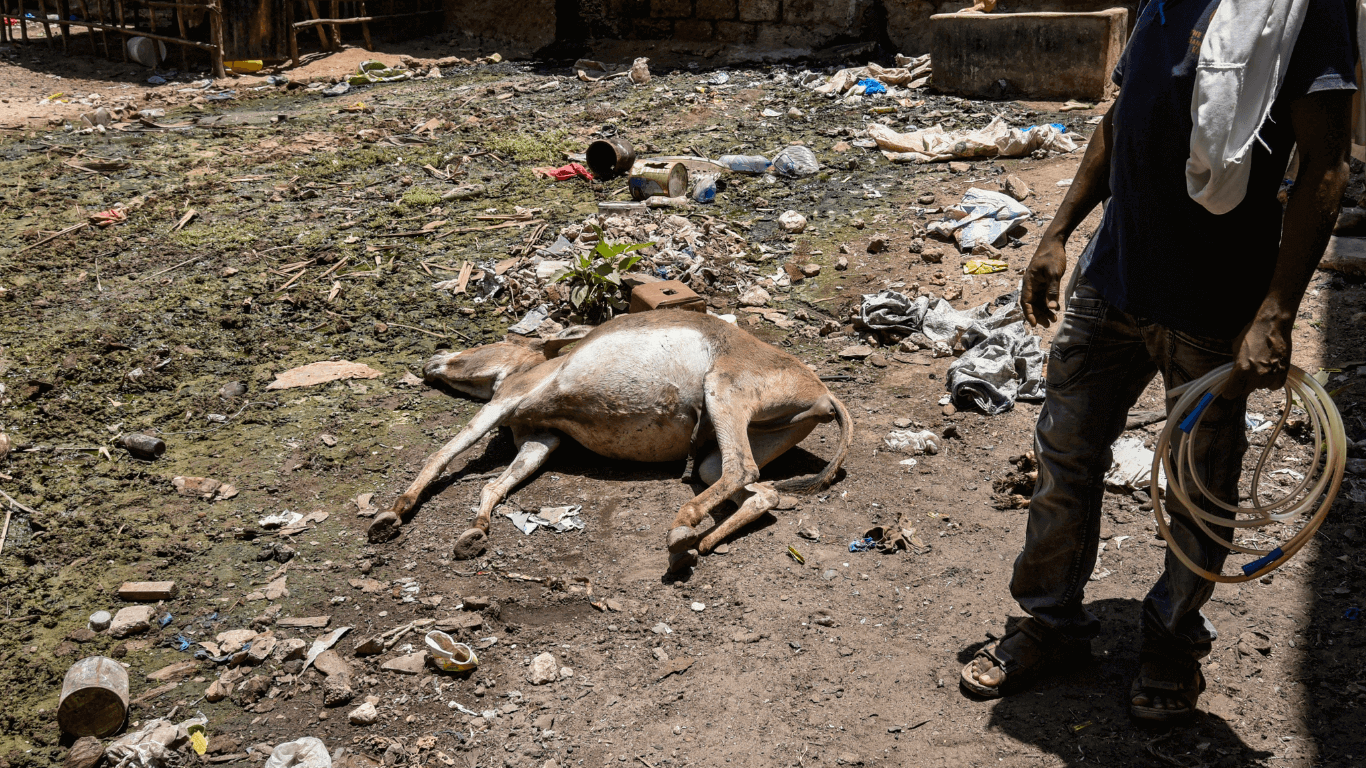 With our partner, the Kenyan Society for the Prevention of Cruelty to Animals (KSPCA), we have promised both short and long-term help. When our team arrived in Lamu, they found that the local donkey haven had just one bag of food left.

We immediately provided enough food for the next two months. 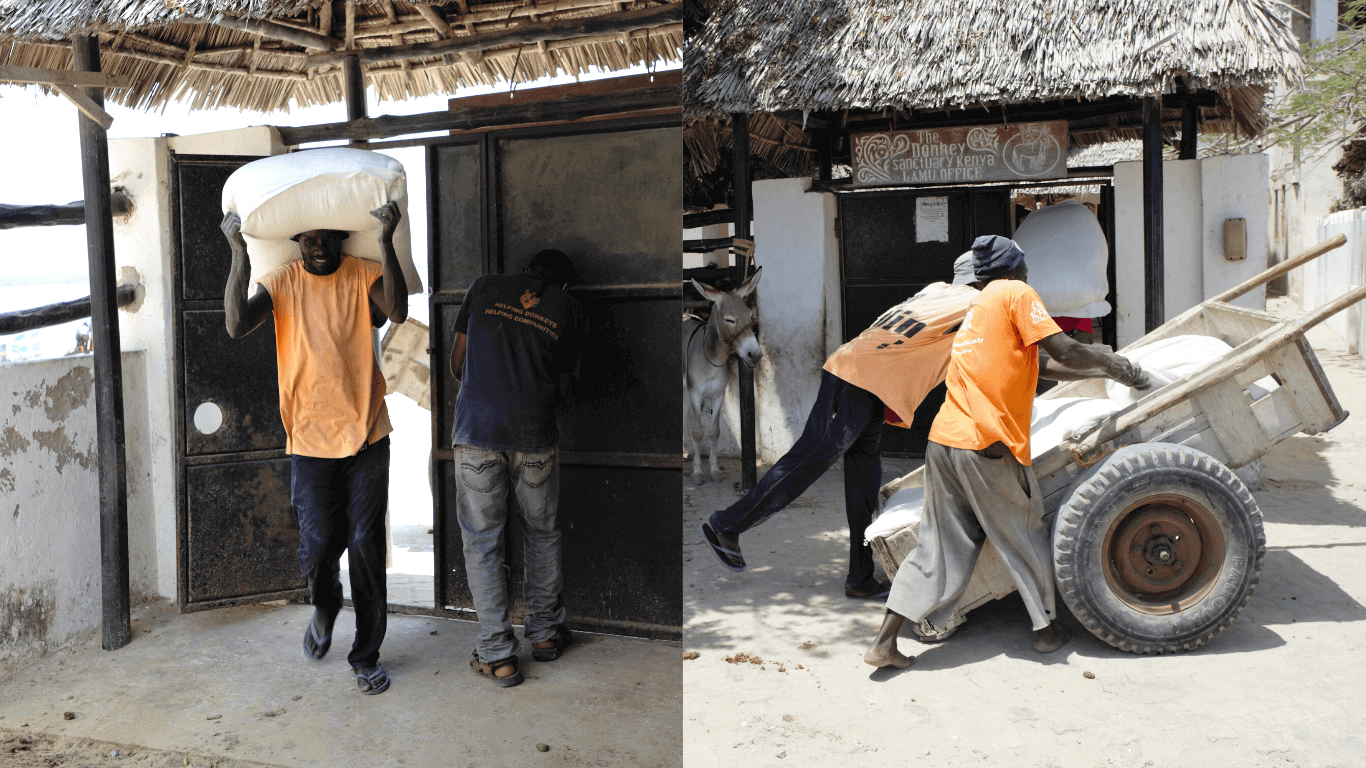 Because of cutbacks, Lamu’s only donkey haven has such limited resources that often sick donkeys are treated in a shady place under a tree, with a cover for the poor creature’s eyes to stop it being frightened.

The sanctuary is run by Mohamed Swaleh, a passionate and dedicated man who deeply cares for Lamu’s donkeys. Sadly, he showed us empty laboratory cupboards that were once full of medicine; and empty stalls that used to be full of food. 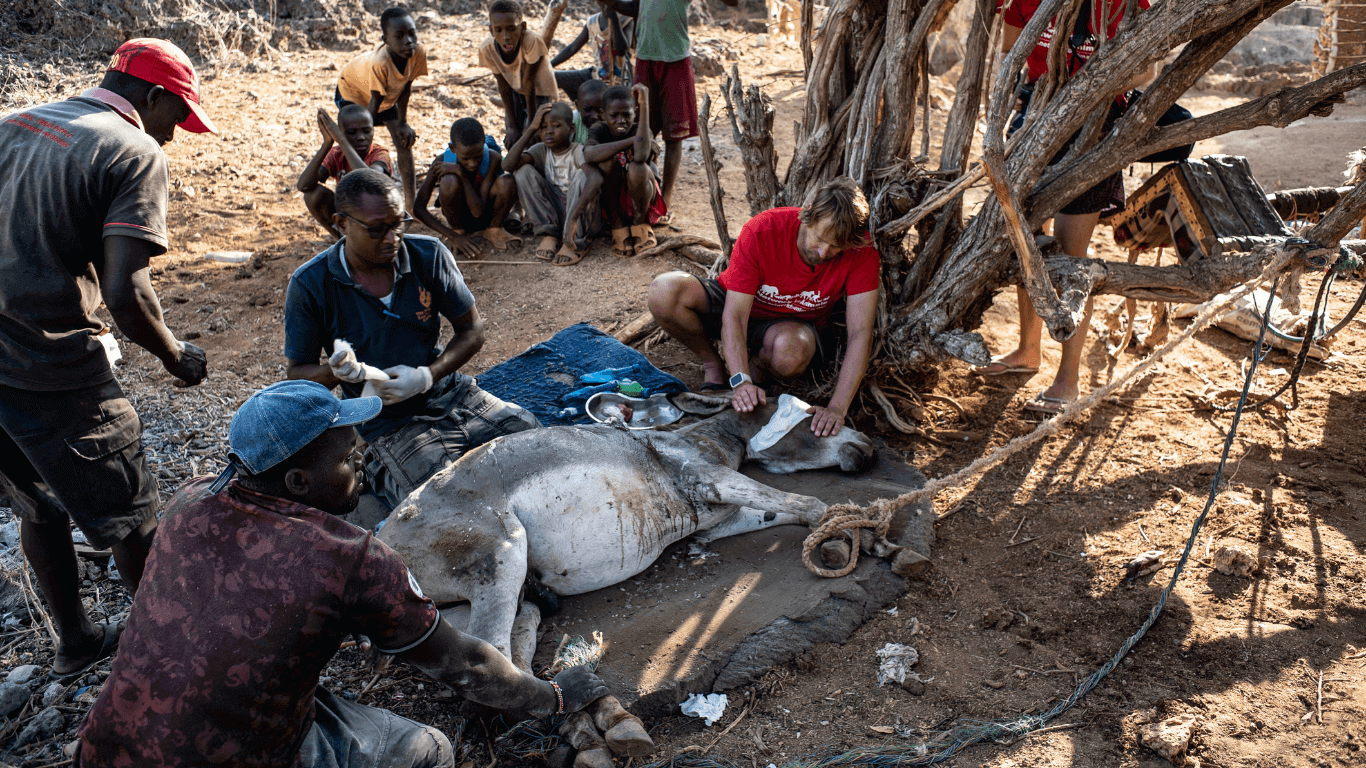 While he was showing us around, more sick donkeys poured in, some with major injuries and others near death from hunger. We had no choice but to act instantly. We provided every bit of food we could find. But so much more help is needed. These poor creatures need food and medicine as soon as it’s possible to send it to them.

While we were still recovering from the shock of seeing how bad the situation is, the team got a call from a neighboring island where a donkey was found with terrible wounds. 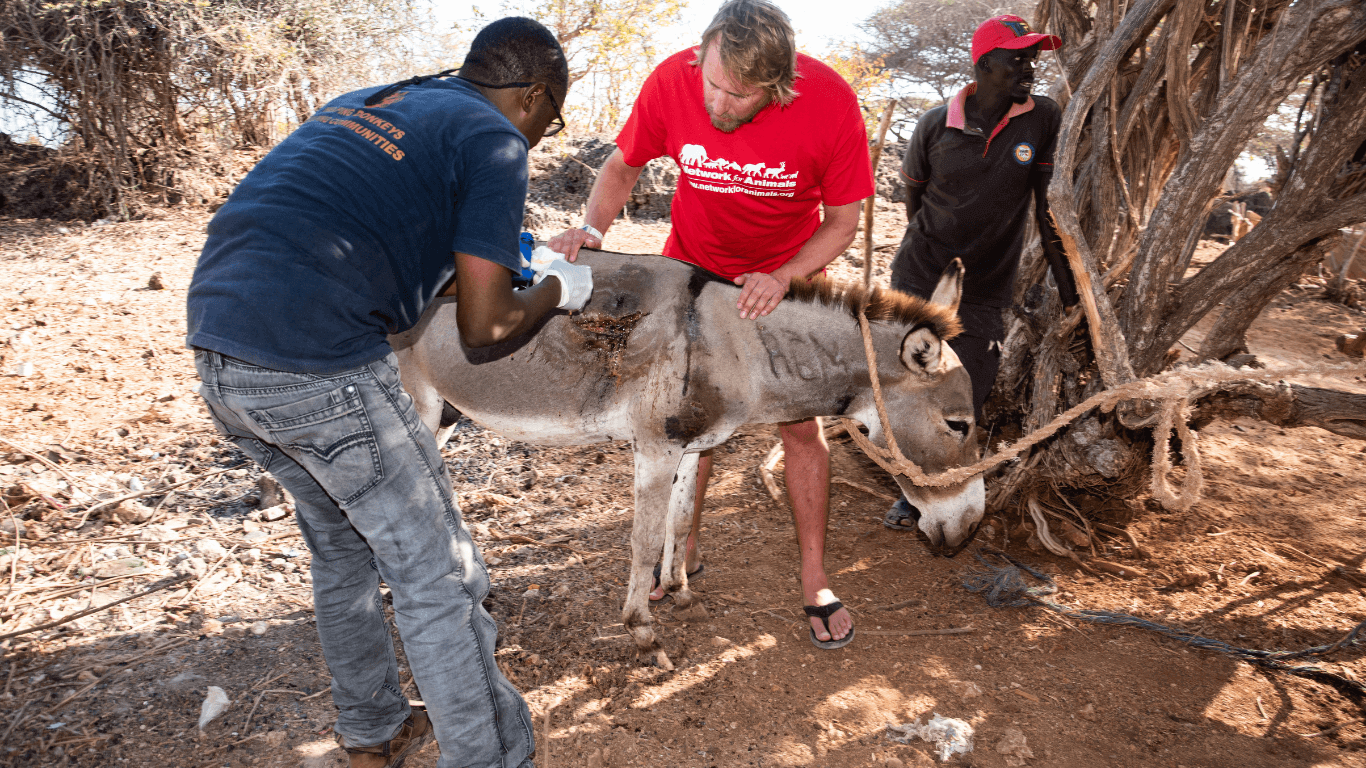 We rushed to the rescue to find that a makeshift harness had caused a gaping wound that was so bad that, without treatment, the donkey would certainly have died. We saved that donkey, but the awful reality is that horrors like this are happening every day!

We can’t stand by and watch this happen. We need to rush emergency food and medicines to the island as soon as possible. We can only help if good people like you, who really love animals, make a donation to allow us to do the work. Please, if you possibly can, make a generous donation today. Even a small amount will make a big difference to donkeys. 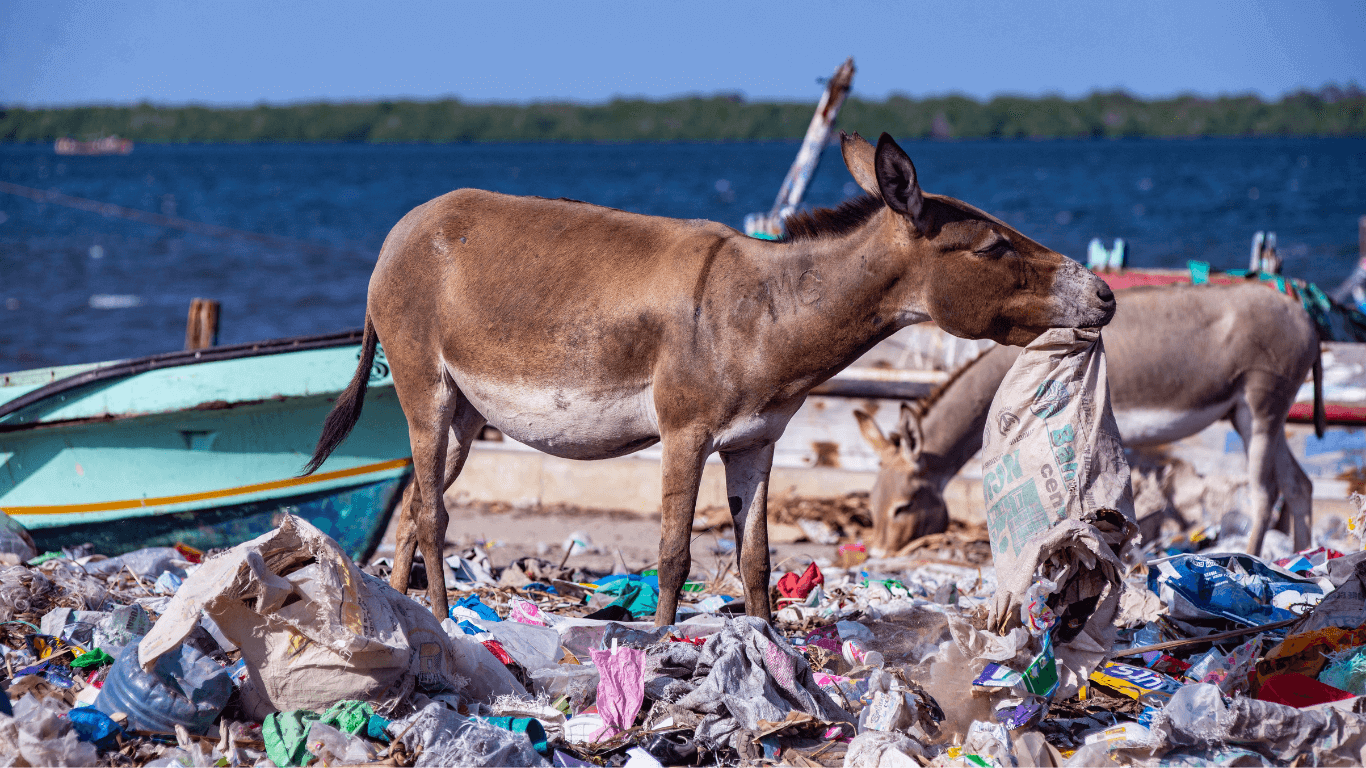 P.S. We have told you before about the vicious Chinese donkey-skin trade that threatens to wipe out donkeys in Africa. The Chinese use the skins to create a substance called ejiao (eh-gee-yow), used in traditional Chinese medicine and as an edible coating for snacks. If we don’t help Lamu’s donkeys, they could end up as coatings for a snack of dates. We are sure you will agree that a donation to prevent that happening is a very, very good thing.

Rampant abuse to donkeys – beatings and whippings! DEATH FROM STARVATION!