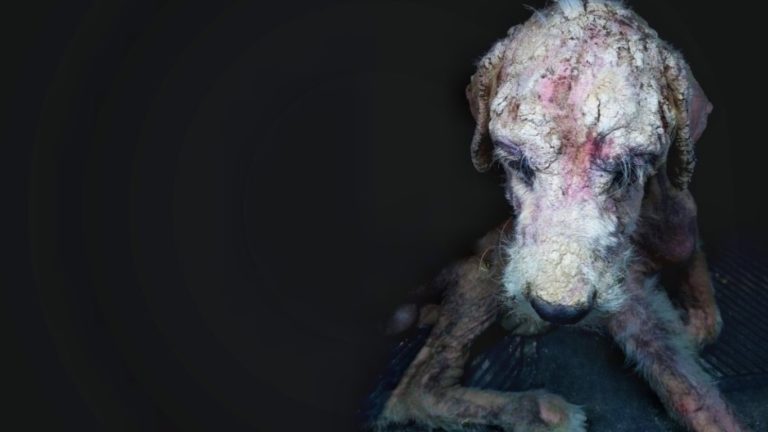 To tourists,  San José del Cabo, Mexico, can appear like a paradise. But, for dogs, a darker side lurks under the glossy veneer. Street dogs live in the surrounding slum areas, hidden away from tourists – where they endure lives of hunger and abuse.

Of course, this is utterly unacceptable and uncivilized. For our campaign director, Luke Barritt, who is investigating in-country as we write, what he witnessed …was shocking, eye-popping – especially as it is in such a legendary tourist destination. I hope our supporters will help give these poor dogs a chance. 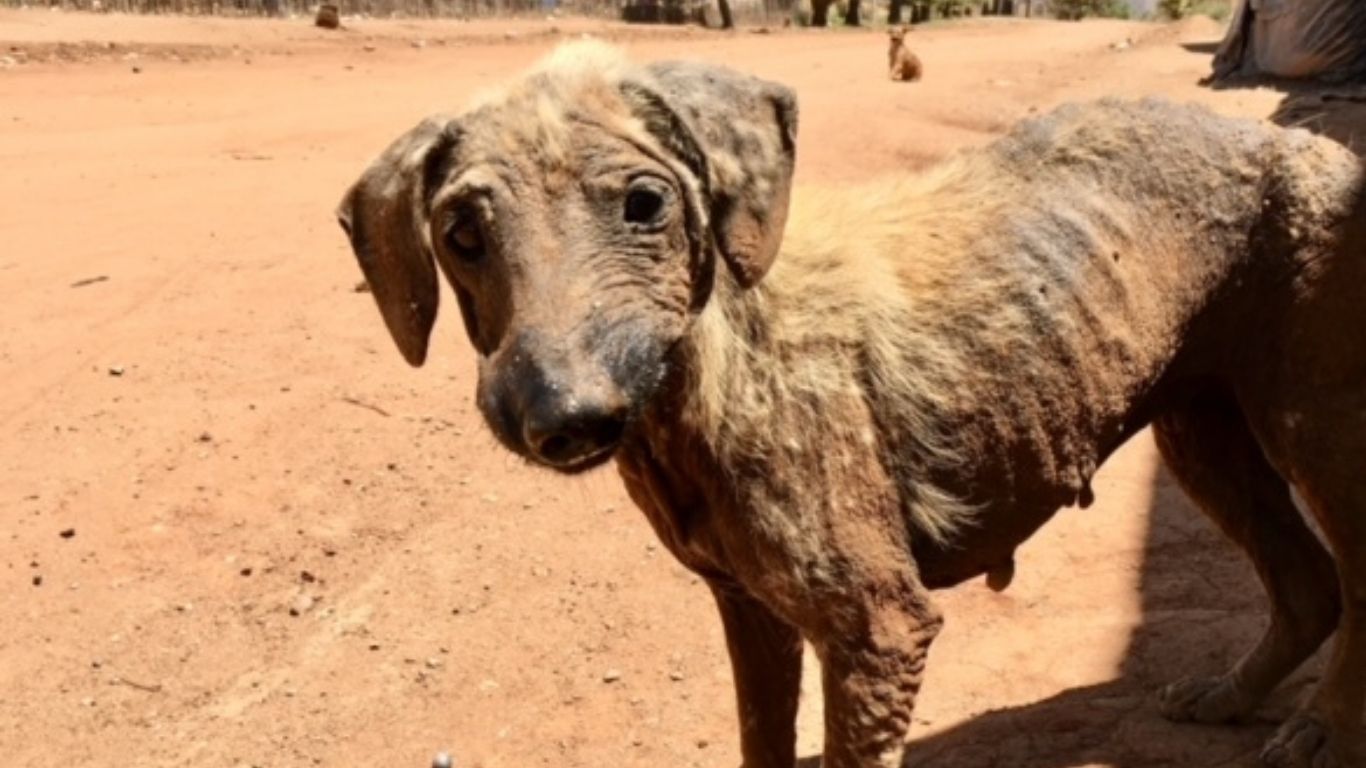 Poverty and a lack of understanding about dogs’ needs is the problem. People in these slums routinely abuse and dump dogs by the roadside as if they are garbage – void of feelings, unable to feel pain! These abandoned dogs, if not rescued, either starve or fall ill, experiencing prolonged suffering before they die a miserable death.

We URGENTLY need your help to provide these dogs with food and medication.

Dogs like Bingo. In baking 100° Fahrenheit (40° Celsius) heat, Bingo was found lying on a highway after being hit by a car. He had been there for days before he was found by a passer-by, who at first thought he was dead. But when they saw a flicker of life, they called the Baja Safe Humane Society, which rescues, rehabilitates, and rehomes abandoned and neglected dogs.

By the time the Baja SAFE team arrived to investigate, Bingo was barely clinging to life. He had terrible mange, had lost all his fur and his eyes were so severely affected by an eye infection that his rescuers thought he was blind.

Weak from thirst, hunger and pain, Bingo had given up and was just lying there while the sun was cooking him alive!

Bingo was rushed to a clinic where he was given intensive 24-hour medical care. And we are thrilled to say he is a fighter – he SURVIVED! 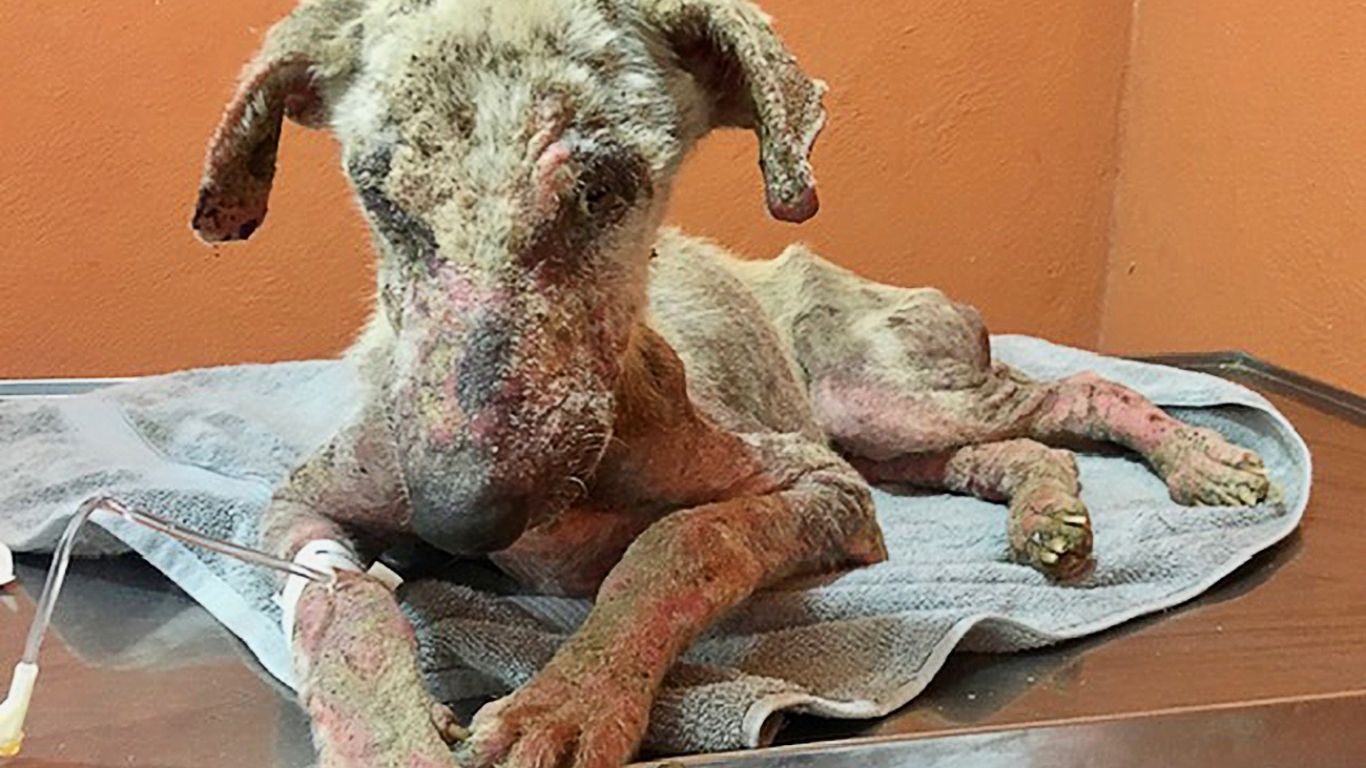 Then there was Jackie…

A severely emaciated Jackie and her tick and flea-infested puppy, Picksou, were spotted on the side of a highway in the middle of a boiling hot summer day. Jackie was a walking skeleton, reeking terribly of bacterial infections that were ravaging her body. Saving Picksou was easy, but because of logistical challenges, it took months to get Jackie out of her owner’s clutches. But the team did not give up! Jackie was eventually surrendered and rescued. She miraculously pulled through and made a full recovery.

Bingo, Jackie and her puppy were “lucky” – but URGENT cases like these abound – and cry out for your help! 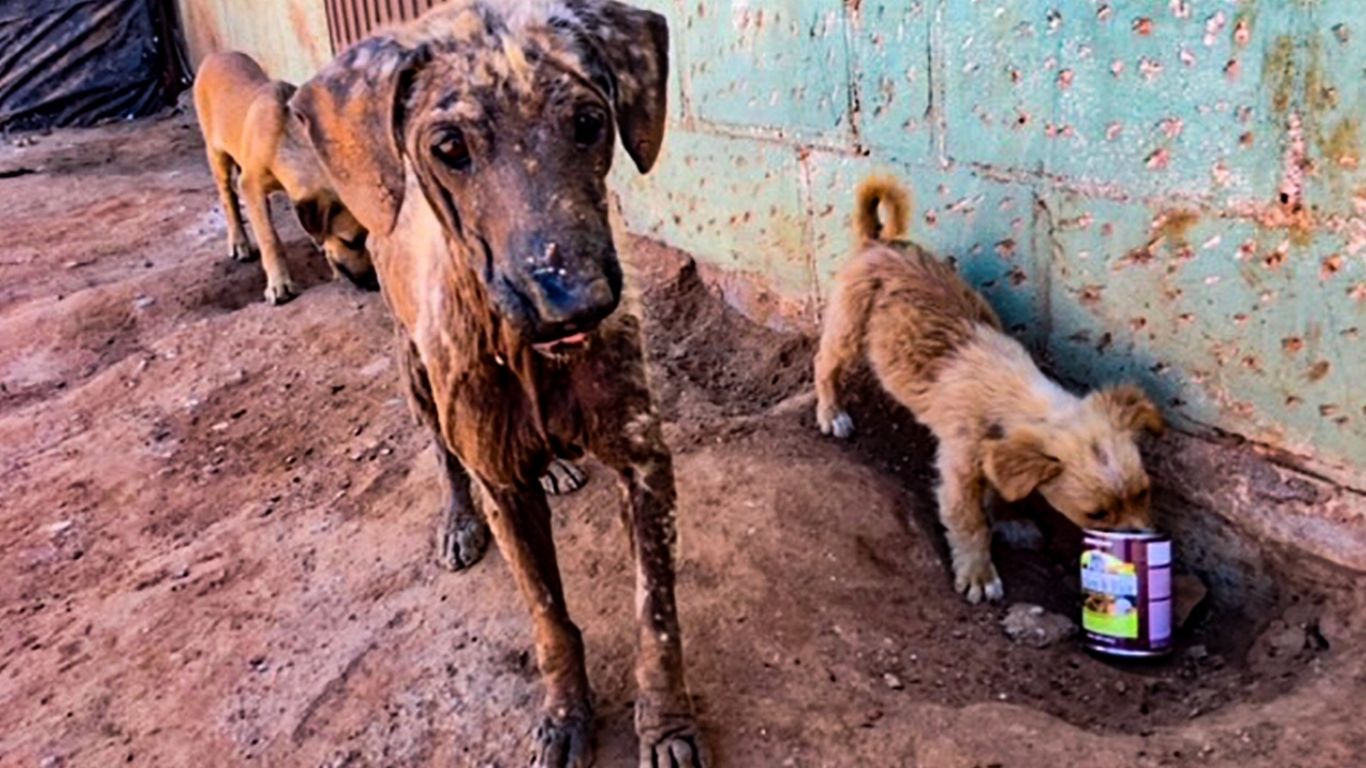 Why is this so common in a glossy tourist town like San José del Cabo? Isabelle Ann Tiberghien, president of the Baja SAFE Humane Society, says animal abuse is deeply embedded for no better reason than it has “always been that way”. Even pet dogs have short lives, she says, because when they turn three, they are seen as nuisances, rather than a friend to be loved, and are simply dumped on the streets to survive or die alone.

The Baja SAFE rehab center is small and at constant risk of being overwhelmed. Right now, 37 dogs are being cared for. When dogs arrive at the center, most are in terrible shape and rehabilitating and caring for them is a lengthy and costly process.

The team routinely traps, sterilizes, and releases healthy dogs back onto the streets. Then, once the center has space for more dogs, they re-trap the sterilized dogs and find them loving homes. It’s a method that works well.

But right now, the urgent need is for food and medicines for the recovering dogs. 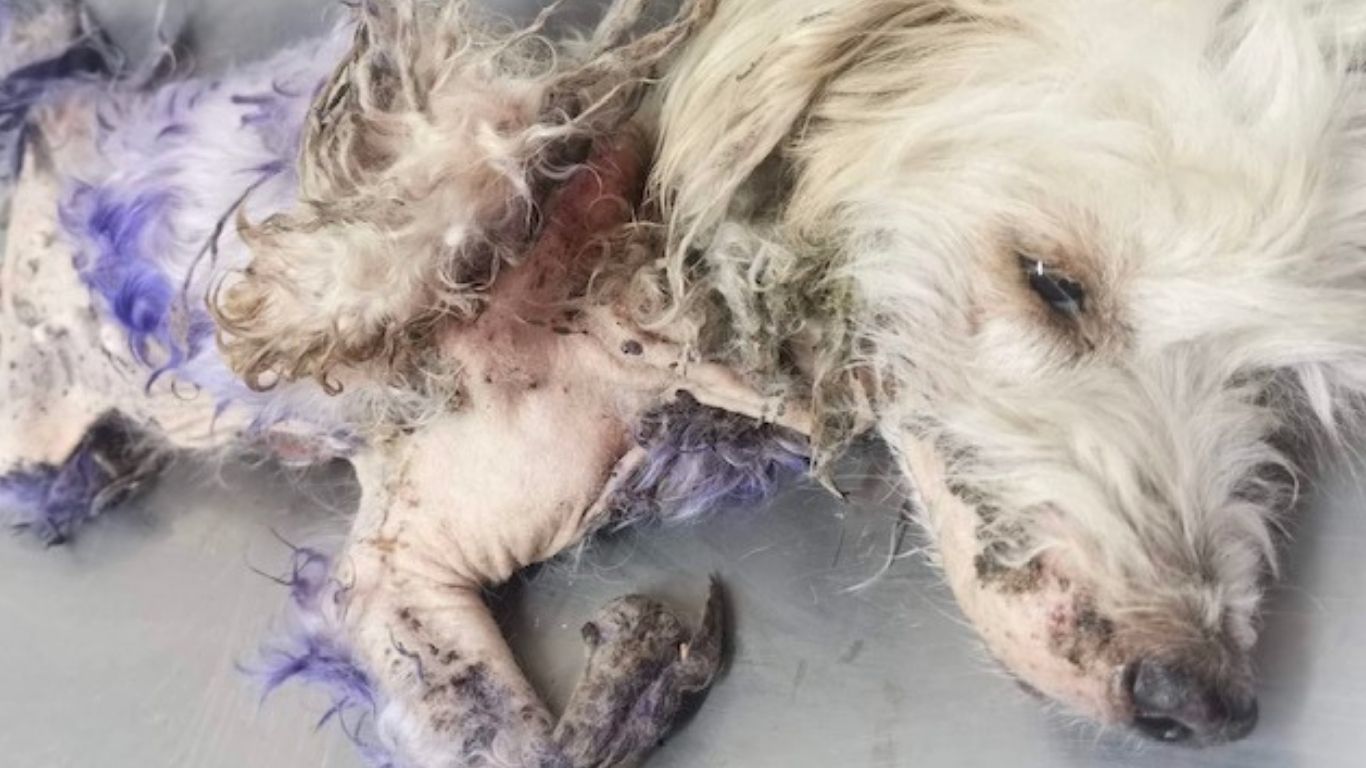 As an animal lover, you know how expensive it is to keep just one dog. Imagine having 37 hungry, sick and needy dogs in your care.

Dogs in San José del Cabo, Mexico’s slums, need help. No matter how large or small, your donation will help feed or care for creatures who have no one else to turn to – except to animal lovers like you.

P.S. Feeding and healing these dogs is our number one priority, but there is also a need for an educational program to educate local people and discourage them from animal abuse. Your donation can go a long way in making this happen. Please donate generously today.