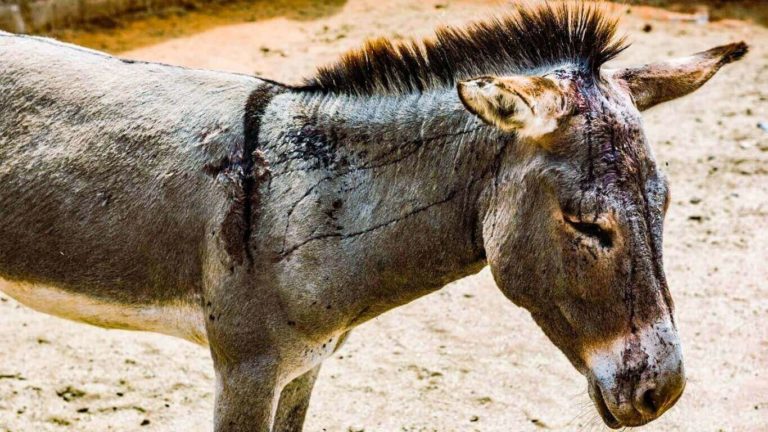 An extensive undercover investigation by Network for Animals (NFA) has discovered utter cruelty at a Tanzanian donkey slaughterhouse where hundreds of donkeys are bludgeoned to death every day. We desperately need your help. Please don’t stop reading…

We have just a few weeks to close the slaughterhouse where up to 1,000 donkeys a day are being brutally and illegally killed. We need to raise funds to pursue these criminals and have them brought to justice, and to meet with authorities to point out the massive amount of cruelty and criminal behavior that is taking place. The slaughterhouse permit is up for review, and if we can raise $6,000 (£4,300), we can take experts to a critical meeting with Tanzanian authorities and reveal to them the true horror of what is going on. We are sure they will listen because what is happening is so barbaric that they will be forced to take action.

Once the slaughterhouse is closed, the next challenge will be providing the long-term care the surviving donkeys will require. We have to be frank here; This is a financial challenge because of the remoteness of the area and because we don’t know how many donkeys there will be. We also have to consider that the government may not listen, in which case we have to take them to court. Please, this is a time when your donation is really needed if we are to end this nightmare.

The Chinese use donkey skins to make a cosmetic called ejiao (pronounced “uh-jee-ow”), a pointless waste because the cosmetic has never been proven to work. 4.8 million donkeys are being killed each year – at this rate, donkeys will be extinct in under ten years! As the number of Chinese donkeys plummeted because of the demand for ejiao, traders turned to Africa, with devastating consequences for donkeys and rural communities that depend on donkeys for their livelihoods. 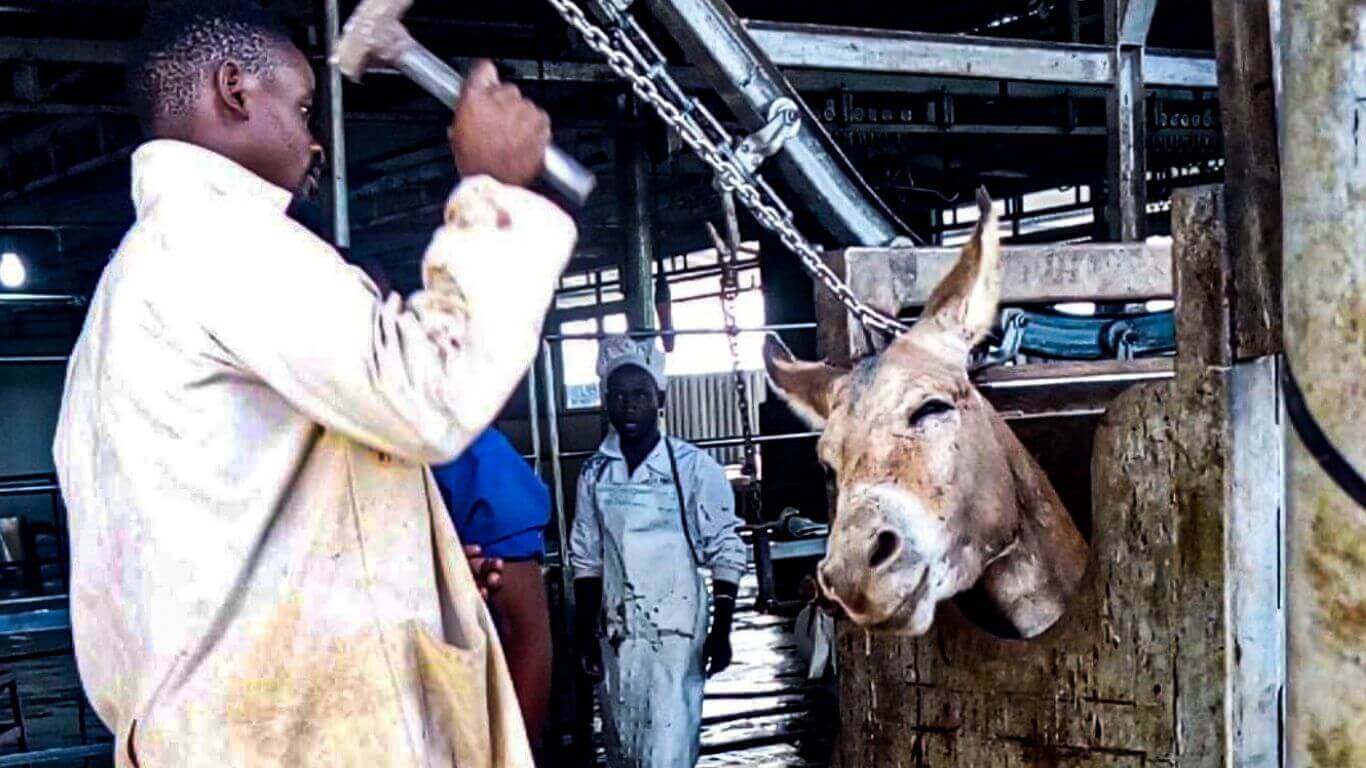 NFA has been fighting the trade for four years and has rescued donkeys from the Chinese in South Africa and Zimbabwe. A two-year-long investigation has led to a Chinese-run slaughterhouse situated in a remote and desolate region of Shinyanga, in northern Tanzania. We joined forces with the Arusha Society for the Protection of Animals (ASPA) to investigate after receiving reports of cruelty on a massive scale.

We discovered that tens of thousands of donkeys are bludgeoned to death there EVERY MONTH, in a scene of utter cruelty and contempt for compliance with Tanzanian law. 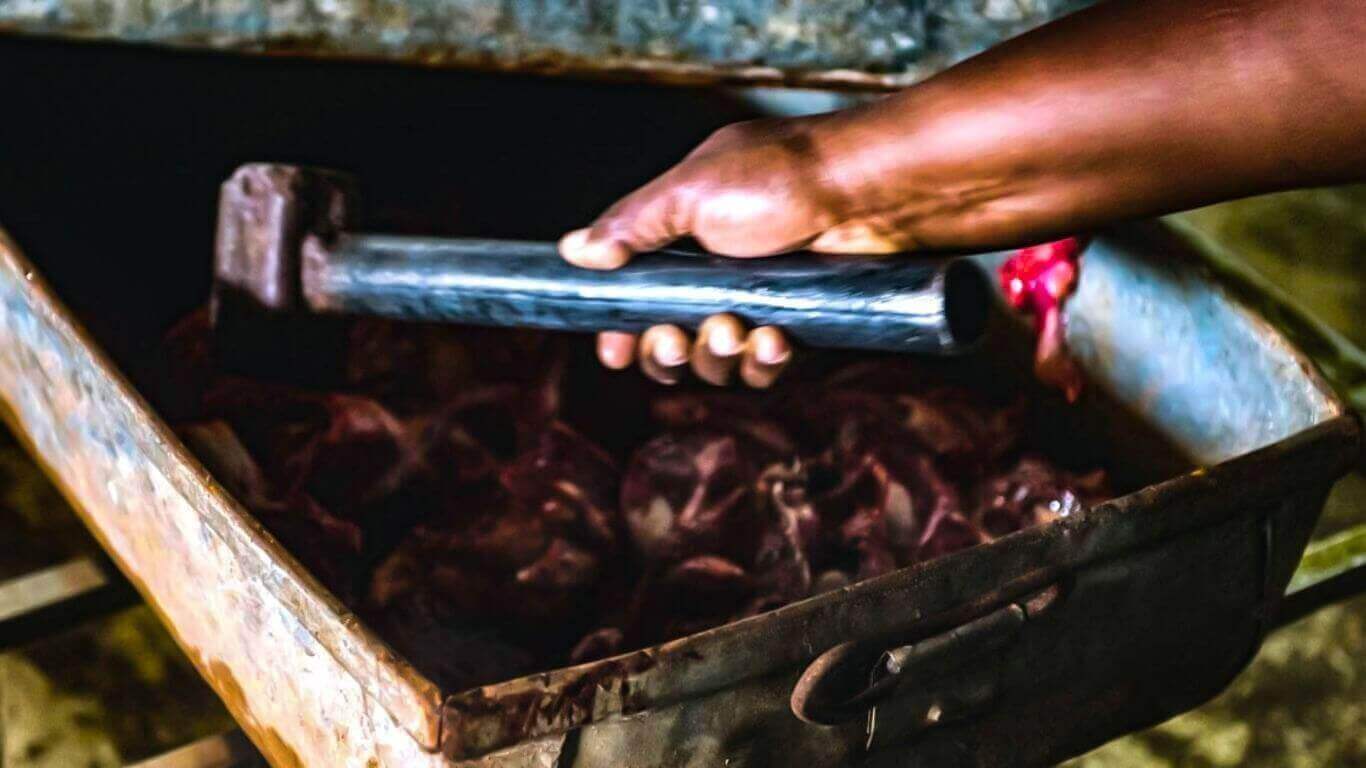 We witnessed truckloads of donkeys being delivered. Donkeys were dragged off the trucks by their ears or simply kicked off, tumbling to the ground on top of each other. One had a broken hip, and many were emaciated.

In many cases, donkeys arrive for slaughter in horrific conditions, some with broken legs, severed hooves or maggot-infested wounds, and many in states of near starvation and collapse. 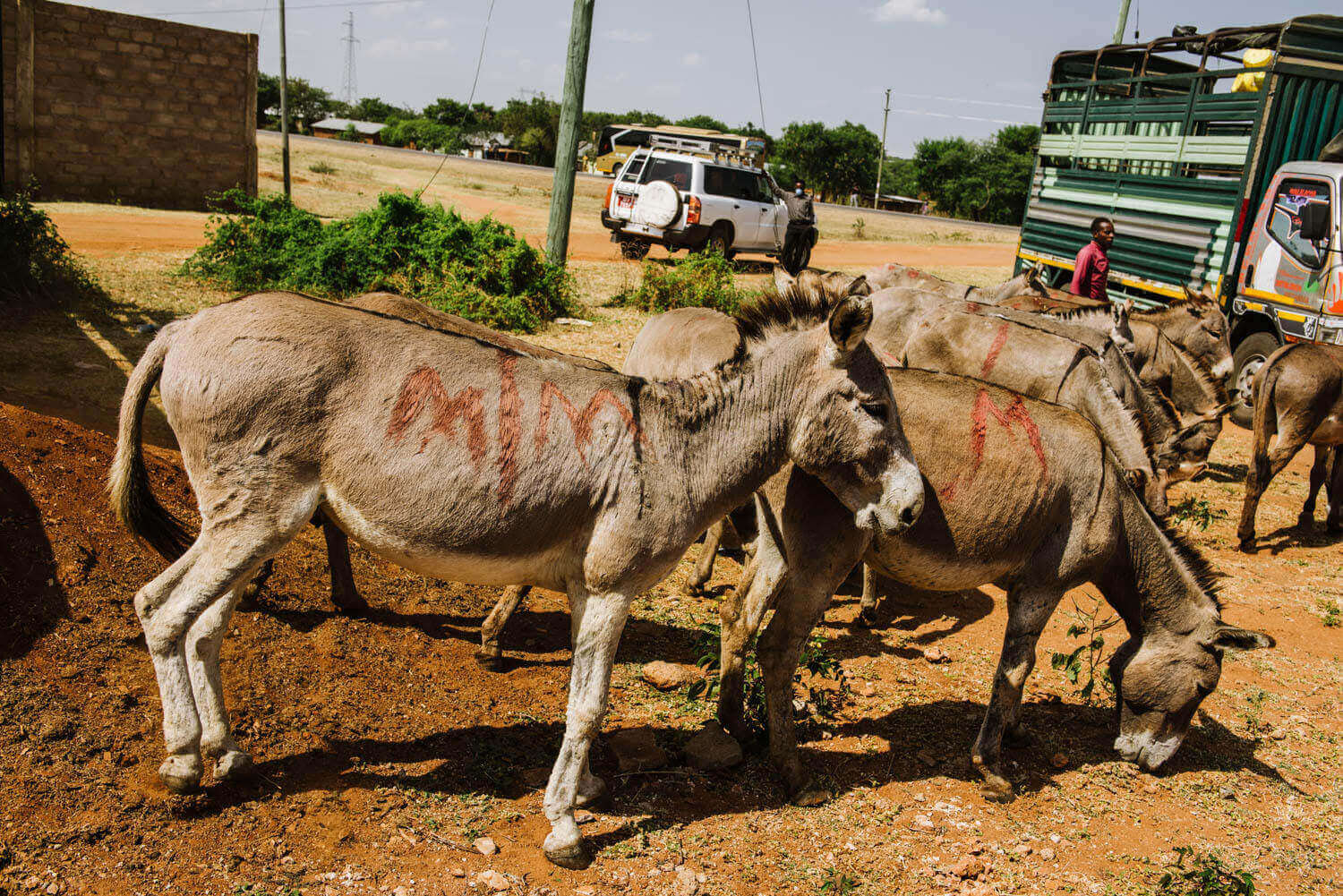 To fuel the trade, donkeys are stolen in neighboring countries of Kenya and Uganda and illegally smuggled across the borders. Donkeys are often transported long distances in poorly constructed, overcrowded vehicles with little or no access to food or water. Journeys may be as long as 72 hours without rest periods. These animals are kept in such shocking conditions that many die along the way from hunger, stress or injuries.

We witnessed pregnant mares, young foals, and sick and injured donkeys being rounded up for slaughter, and because injury and illness often do not affect the quality of the hide, traders have little incentive to ensure humane treatment.

Our team was advised that donkeys are sometimes deliberately starved because people falsely believe that emaciated donkeys are easier to skin.

When challenged about the conditions at the slaughterhouse, the Chinese woman running it is caught on camera telling her interpreter to lie about what actually happens there.

This sickening slaughter of donkeys and trade in donkey ‘products’ is LEGAL in Tanzania.
But we have a chance to end it! 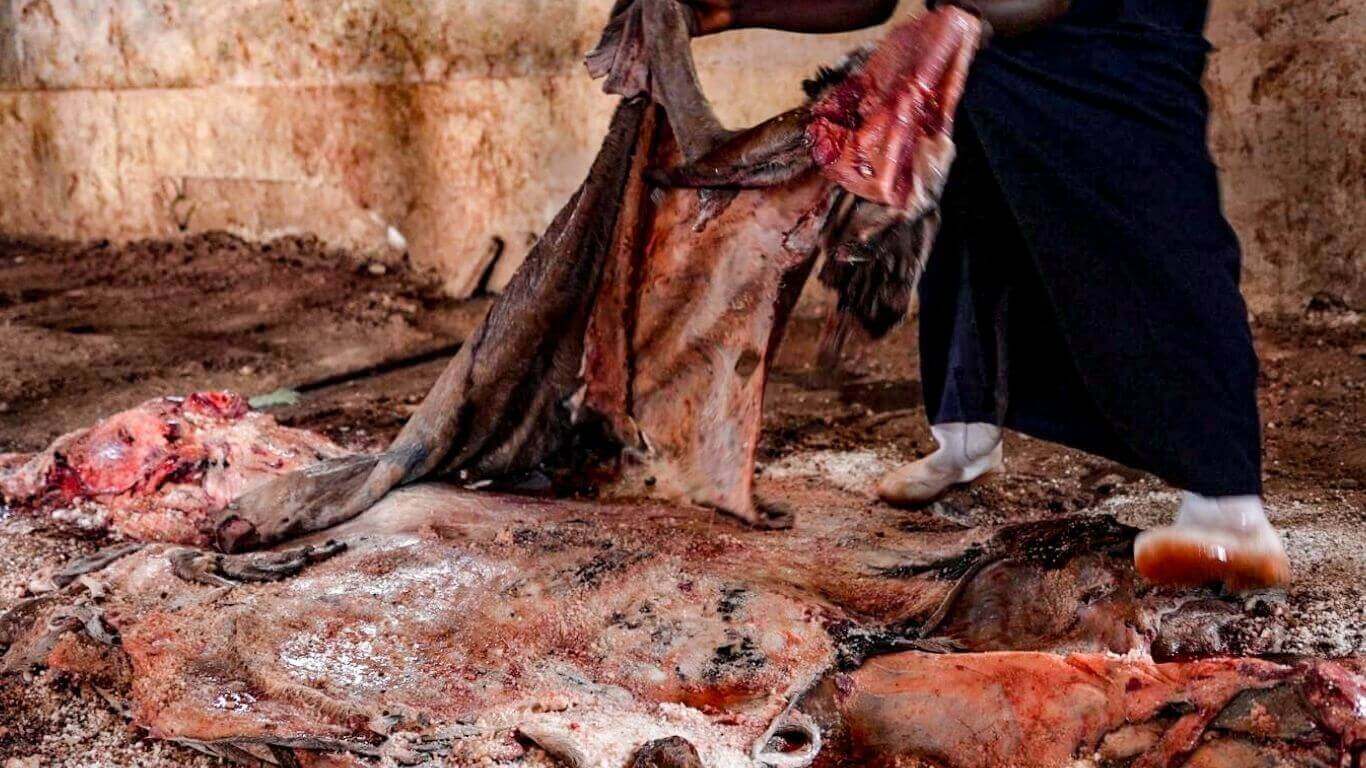 The slaughterhouse’s permit expires in October this year. We are working with ASPA to seek justice for the donkeys by persuading the government to end this shame on the face of the Tanzanian nation.

We will take the responsible people to court if immediate action is not taken!

We cannot allow this daily massacre of donkeys to continue, but, we need your help to stop it. The sheer scale of the tragedy is overwhelming. Please donate generously today so that we can stop this donkey slaughter immediately. Every day it continues, revolting cruelty is being inflicted on innocent donkeys, and the Tanzanian government is allowing this nightmare to continue.

Literally, as you read these words, donkeys are waiting to be bludgeoned to death with a hammer. In the name of human decency, this must stop right now. If you possibly can, please help us end this horror by making a generous donation to Network for Animals right now.

P.S. We cannot describe to you the stench of fear and death that permeated the slaughterhouse as the donkeys realized that it would soon be their turn to have their brains shattered by hammer blows. Please help us. Please send a donation now so that we can fight this with all our might.