Cull Over But Badgers Far From Safe 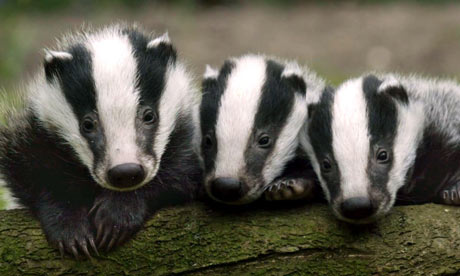 The irrational badger cull of 2015 ended recently, and as we wait for the “results” from Natural England and DEFRA, it would be easy to think that the badgers of England have earned a reprieve until the inevitable roll-out next year. Sadly, this is not the case.

NFA recently chatted with conservationist, filmmaker, and one of the key organisers of the Somerset Badger Patrol, Amanda Barrett, to find out what is being done to protect badgers all year round.

Amanda explained to us that patrols won’t stop just because the cull is over. Instead, they will maintain both a presence and a watch over hot spot areas in Somerset in order to ensure the remaining badgers have the best chance of surviving the winter and spring.

“As a group, we are determined to keep momentum going throughout the coming months in a way that we’ve not been able to achieve in the past”, she said. “The spur for this is the concern about continued unofficial culling and general badger persecution.”

Amanda also spoke of her frustration at the fact that the Government has so far not indicated any lessening of support for this policy despite its ineffectiveness at tackling the root cause of bTB in cattle. Indeed, Liz Truss recently re-affirmed her commitment to roll out to Devon, which is strange as this year’s findings haven’t yet been announced.

It is thanks to the government’s blind insistence on culling in the face of opposition from top scientists, that farmers and some members of the public now brand badgers as nothing but disease-carrying pests. This has dangerous consequences. Amanda pointed out how difficult it is to comprehend the government paying shooters to kill a protected species for a limited time during the year, put out such a strong pro-cull message, and yet not expect this to have far-reaching consequences for these animals once the cull is over.

It is highly likely that badger baiting and other forms of badger persecution will increase now that the government has shown such little regard for science and badger welfare.

Misinformation is something Amanda sees as a real problem, and believes it is further driving the preconception that badgers are a threat to farmers and the countryside. She explains:

“Having heard of a bTB outbreak in a ‘closed herd’ (one that has no contact with other cattle) in 2014 for the first time in many years; and the claims that the TB must have come from infected badgers, I rang a couple of people who lived nearby.

I found that the so-called ‘closed’ herd had allowed calves to visit a well-known agricultural show the year before. Such shows are obviously ripe for bTB to pass from catttle-cattle, but when this was pointed out to the farmer’s family, they simply refused to believe that the breakdown could be down to cattle-cattle transmission and clung to their firm belief that they had a closed herd.

These tales about a closed herd going down TB spread amongst the farming community like wildfire. Interestingly, the family aren’t fans of the badger cull as part of TB policy but welcomes it because they believe there are ‘too many badgers’.

The myths among the farming community continue to grip hard with many stating that badgers should never have been given any legal protection, that they serve no purpose in the countryside, and that practically every badger in the countryside is infected. The myths simply aren’t true.”

In the cull zones, NFA heard repeated rumours about badgers ears being required as the only proof of a kill this year, and badger baiters selling on the ears of abused badgers, to top up  cull numbers and earn up to £100 per abused badger. This idea is almost impossible to evidence, but the idea that it is even possible under the government’s plans speaks volumes.

If the culls continue and expand as the government and the National Farmers Union want, then badgers will become more and more at risk. It is for this reason, Amanda explained, that Somerset Badger Patrol will keep their eyes open and welcome Wildlife Crime Initiatives such as Operation Meles.