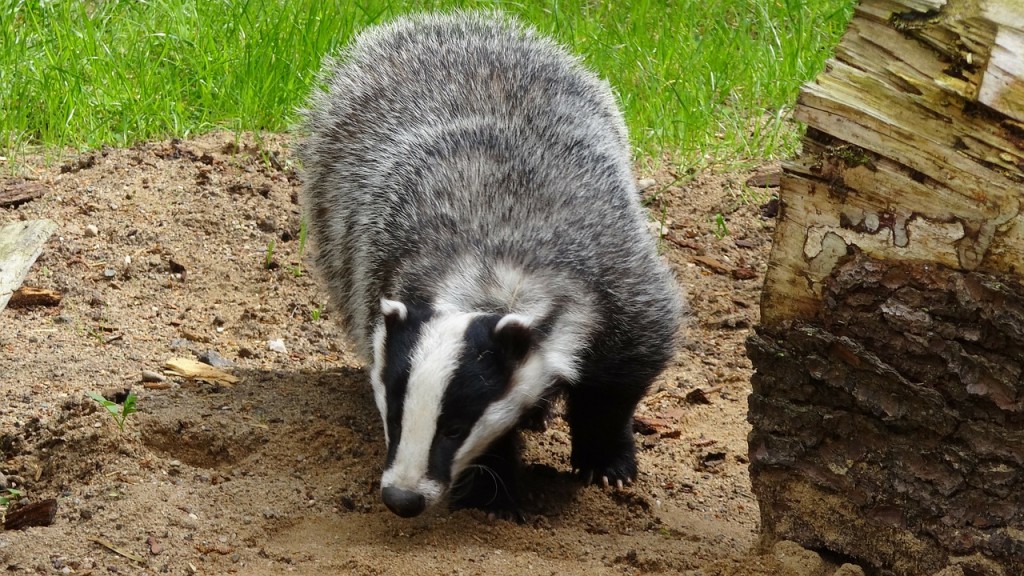 Before the pilot badger culls even began in 2013, Britain’s top animal disease scientists spoke out unequivocally about the “mindless” government plans and urged them to abandon the cull policy.  The cull, in their learned opinion was a “costly distraction” and not only that, had serious implications for the problem of tuberculosis in cattle because it could actually make the problem worse.

Owen Paterson, MP, who studied History at university and is not a specialist in this field, rejected the advice of these experts, one of whom was Lord Robert May, a former government chief scientist. Even more astonishingly, Professor Sir John Beddington, the government chief scientist at that time, also refused to back the cull but his opinion also seemed to have no impact on Mr Paterson.

Why on earth would a government whose war cry is Austerity, ignore the advice of even their most trusted advisors, and choose to spend fifteen million pounds on murdering over two thousand badgers, when vaccinating them would have cost a tiny fraction of that amount? It is a question that millions of animal lovers are asking because it  flies in the face of reason, and Conservative economic policy: Each badger kill in the 2013 cull alone cost the UK taxpayer £4,121.

The plot thickens when we consider that despite the first cull failing to meet targets, and most of the Conservative party being opposed to a further cull in March 2014 (a vote of 219:1 against),  a second cull was then rolled out. By this point, the Independent Expert Panel who had observed the 2013 cull and deemed it an “epic failure” had not been re-hired. Instead the 2014 cull was overseen by a government department, “Natural England”.

It is difficult to understand why the government would spend even more money on a policy that was failing by the standards they themselves had set, against the advice of leading scientists and against the wishes of its own MPs. It is little wonder that they chose to release the results of this disastrous cull at close of business in parliament in December 2014.  The results proved once again that the scientists were correct and even more money had been wasted destroying badgers, who are only responsible for a maximum of 6% of bTB infections!

George Eustace, MP and Farming Minister, and Elizabeth Truss, MP and Environment Secretary, must know something we don’t because both of them have been vocal and adamant about a further cull being rolled out in 2015. Elizabeth Truss told the National Farmer’s Union in February of this year that “We will not let up, whatever complaints we get from protesters groups. We are in it for the long haul and we will not walk away.” Once again, Ms Truss is ignoring the fact that it is leading scientists who are against the cull, not just protesters.

Nigel Gibbens, the UK Chief Veterinary Officer, is surely someone who the government can’t ignore. In a recent letter to Network for Animals he wrote:

“an authorisation letter for a 2015 cull in Gloucestershire will be issued only if Natural England is satisfied that the cull company’s operations plans demonstrate that it has taken on board lessons from its culling experience in 2014, and is in a position to deliver a more effective cull in terms of numbers of badgers removed.

If on reviewing the plans I am not satisfied that this is the case, my advice to Natural England will be not to authorise a cull in Gloucestershire in 2015.”

Mr Gibbens has made a clear statement that he will not support another cull without significant improvements in the policy and planning of the badger cull being demonstrated. Year after year, the badger cull has shown itself to be a waste of time and public money. Over two thousand badgers have been killed in an inhumane manner to no avail, and the government has shown no signs of changing tactics.

Mr Gibbens is a vet at the very top of his field, so we would expect David Cameron, Elizabeth Truss, George Eustace and Owen Paterson to respect his views. If they don’t rethink their policy, and instead roll out yet another failed badger cull, then we have to ask ourselves whose opinions they are really invested in. If it’s not leading scientists, their fellow MPs, or the animal loving public,  then who is really calling the shots here?

Please sign our petition to end the failing badger cull