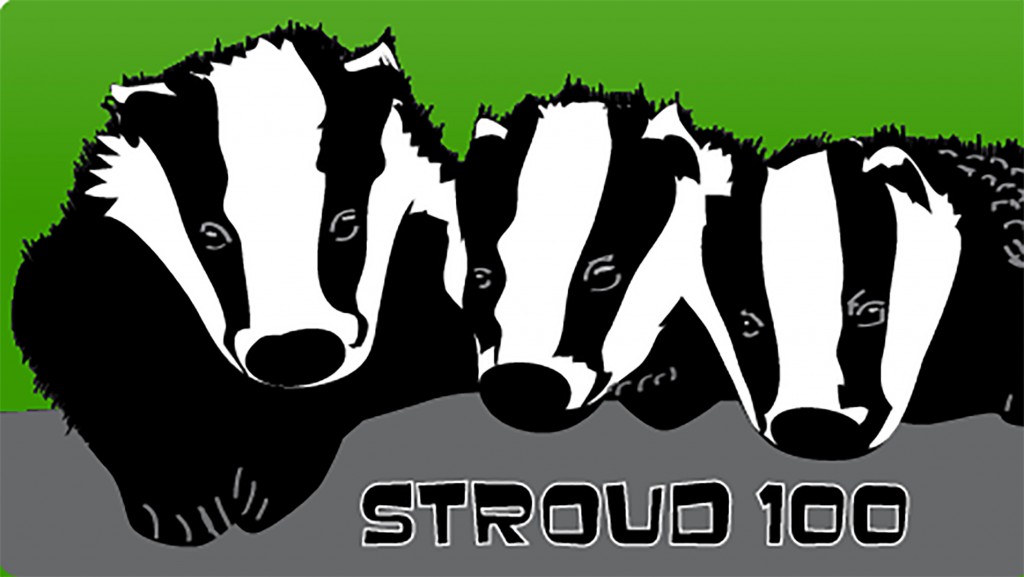 The Stroud 100 are a group based in Stroud, Gloucestershire, who are mobilising opposition to try and prevent a badger cull on local land.  The founders, Nick and Jeanne Berry, have worked tirelessly to collect members of the public, local celebrities and the town council together in a unified group to stop the cull.  We got in touch with them to hear their story and see if the model of opposition they created could possibily be replicated in other regions where culling is set to take place.  What follows is a guide they produced outlining their background, their objectives and their methods for gathering support for their cause.

Why we wanted to get involved
We’re very privileged to live in a beautiful part of Stroud in Gloucestershire surrounded by nature and wildlife including deer, squirrels and badgers. We like all animals but we became particularly fond of the badgers because over several years we even had a badger coming into our house through our cat flap whenever the weather meant food was short. He’d steal anything from a Christmas pudding to a sack of carrots from our back porch.

When we heard about the proposed badger cull as a means of stopping the spread of TB in cattle we were horrified to think that badgers could be shot on or near to our land. We both felt concerned about the disease in cattle but we couldn’t stand by and do nothing so we started to research the issues to see what we could do.

Stroud is a vibrant and compassionate market town and is always engaged in topical issues of the day. As a result we went to a public meeting looking at the issues of TB in cattle, its causes and how it is spread and could be controlled. One of the speakers was a recently retired government research scientist who has spent his life looking at the way badgers live and their role in the spread of TB in cattle.  Hearing him was the springboard to our plans as he convinced us that the science just doesn’t add up and that a cull would make matters worse.

What we wanted to achieve
We started in November before the pilot cull sites were announced. Having read the DEFRA guidance we decided that if we could succeed in getting large numbers of local landowners signed up across the Stroud District it would make it a logistical nightmare for any cull to go ahead locally as each and every objector with land must be kept outside of the cull. We knew that the guidance talked about having at least a 70% sign up for any cull to go ahead but we felt that if we could get together enough names of landowners and people with badgers in their gardens to sign up it would just become too difficult and unpopular for the District to become part of the cull.

What we did
We decided we would sign up both landowners, ie those with more than a ¼ acre of land and also those who had badgers going through their garden. This covered both the groups of landowners we most needed but also got other local people involved where they had direct links with badger.

We started by contacting our very well respected local Wildlife Trust who had been actively involved in vaccinating badgers on their land. After some consideration they agreed a form of words to offer their support without actively backing our campaign. This proved invaluable in getting wildlife fans who were initially  uncertain on who to support. We then contacted as many neighbours, friends and likely supporters who we felt met the criteria. This was followed by letters to our local papers. All this was quite hard work but only brought in a handful of supporters. Fortunately a young supporter had spotted our correspondence in the local papers and put together a blogspot for us so that we could use weblinks rather than attachments when we emailed people. This proved a great boon and along with a Facebook page this really helped us communicate with people both locally and nationally.

Other things we’ve done to find supporters:
• Made contact with local badger groups and their supporters
• Issued lots of press releases to our local papers and agreed to do follow up with a couple of national papers
• Written letters to very local parish magazines, one of which resulted in our local author Jilly Cooper, signing up
• Regularly updated our Blogspot and Facebook pages
• Found out how much land our District, Town and Parish Councils own, manage or control and then written to them asking them to seek to pass a motion of support for the Stroud 100, refusing to allow any culling on their land
• Contacted local celebrities asking them to join. This resulted in our local football club lending us their badger suit which is their mascot!
• Dressed in a badger suit on market day in the town centre and touted for supporters
• Gone door to door in areas where we thought people had land attached to their houses
• Made “cold” telephone calls to people who others have suggested might become supporters

We do hope that you will set up a similar group in your town, especially if you live in the proposed pilot cull areas. We’d be happy to chat and help you get started.