Two stallions, forced to fight over a mare, tied against her will in the center of the arena. There are no victors in this fight.
Read about the campaign
Loading...
LATEST APPEAL

This horse fighting raid came to a totally unexpected conclusion!

Horse fighting in the Philippines is one of the most gruesome events on this planet. If we rest... if we falter... if a lack of resources sees us miss even a single opportunity to shut down a fight and make...
Help us take action

Network for Animals campaigns against the cruel and illegal practice of organized horse fighting, a shocking blood sport prevalent in Mindanao, a part of the Southern Philippines where it is billed as a cultural tradition.

In an organized horse fight, a female horse is tied up, and two male horses are incited to fight each other. The female horse’s scent helps to arouse the fighting instinct of the stallions and the ‘winning’ horse mounts the female after fighting. This female horse is effectively raped – all in the name of entertainment.

Organized horse fighting is brutal. During a fight, male horses are forced to bite, kick and strike each other with their hooves, inflicting serious injuries until one of them submits, flees or dies. Gouges, gashes and broken limbs sustained during fights are serious and can be fatal. The suffering experienced by these horses is agonizing.

While most fights last about 15 minutes, they have been known to last for three hours. Today, bouts are limited to one hour, to maximize the number of fights per day. An average of four horses die instantly during organized horse fights each year, many more suffer internal bleeding, contusions and fractures. An estimated 15 horses each year take up to a week to die painful deaths because of such injuries.

Organized horse fighting take place in city stadiums or large fenced areas over three days, before raucous crowds who attend in anticipation of intense fighting, gore and death. Horse fights are referred to as derbies, and arranged by local crime syndicates. While horse fighting is promoted under the guise of tradition, the main reason is gambling, with bets reaching 1,000,000 pesos (£16,000/€19,000). And, although Organized Horse Fighting is illegal, organizers receive sponsorship money from local businesses and politicians, evidence of how accepted the cruelty and pain of organized horse fighting is within Mindanao.

With high stakes in the balance, most horse fights involve purpose bred and trained animals who are large and sturdy and trained to be aggressive.

Local officials can be fiercely protective of the activity and generally defy the national government’s authority on the issue, to the extent that local police are often hired by the promoters for crowd control. The power of organized criminal networks running these fights is very clear.

However, over the last six years Network for Animals has nearly halved the number of such fights taking place in Mindanao, from 33 to 15. This is a worthy achievement, but we will not stop there. Our aim, as with any animal cruelty is to wipe it out completely. We fight with compassion, grassroots involvement, education, petitions and you, our dedicated supporters.

How we fight against cruelty

Funding veterinary care: Veterinary services for horses in the Philippines are basic and often too expensive for impoverished local farmers. As an incentive to stop horse fighting, providing horses are not used in fights, Network for Animals provides free veterinary clinics in communities where horse fighting is prevalent.

Education: Educating the public about the animal welfare concerns inherent in horse fighting is a crucial part of our work. Network regularly persuades television stations and newspapers to cover the horse fighting issue, reaching hundreds of thousands of people with our message of compassion. Additionally, we print and distribute educational leaflets and posters in horse fighting areas, give presentations to veterinarians, schools and civic groups, and when funding allows, run advertisements in newspapers.

Petitions: Tourism is a vital source of revenue for the southern Philippines, an area that has an abundance of world class diving locations and beaches. Network works to petition prominent officials, with our team following up all petitions. Positive messages from you, our supporters, to such officials through petitions are extremely helpful.

Two stallions, forced to fight over a mare, tied against her will in the center of the arena. There are no victors in this fight. 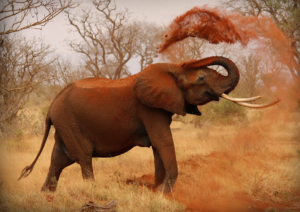 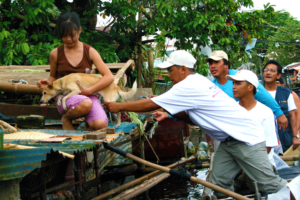 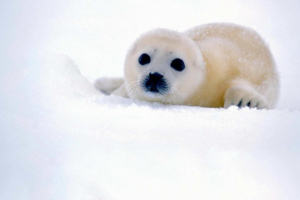 Brian Davies’ pioneering work has saved millions of seals over the years. We must do everything possible to build on these foundations.