A victory for animal welfare

In early July, Network for Animals (NFA) highlighted the appalling abuse suffered by donkeys, mules and horses on the picturesque Greek island of Santorini. Our video showed how the animals are forced to carry tourists up and down a 1 300-foot high cliff path all day in the baking sun, without adequate food, water or […]

A victory for the donkeys or more empty promises?

Adequate shade to protect them from the sun, the provision of sufficient food and drinking water and the carrying of only moderate loads. These are some of the measures that will be introduced on the popular Greek island of Santorini where Network for Animals recently exposed the cruel and exploitative treatment of donkeys and mules […]

One of the biggest problems my team in Greece face is abandoned dogs knocked down by cars on busy roads, where the poor animals are dumped by uncaring owners. These dogs die where they fall, their last moments spent in agony. The other day my team spotted yet another dog lying at the side of […] 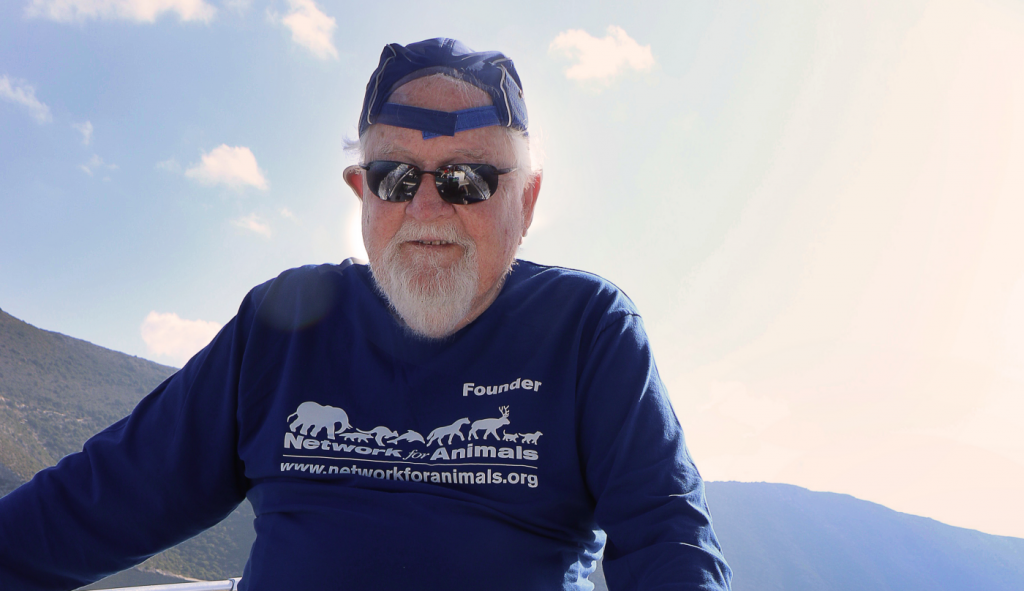 At 82 most men take it easy, they are not usually to be found bucketing about in a cockleshell boat on a choppy sea in Greece delivering cat food to street cats. But this October Brian Davies, nearly 83, NFA’s founder, was ferrying huge bags of cat-food from Kefalonia to Ithaka, to help get the […] 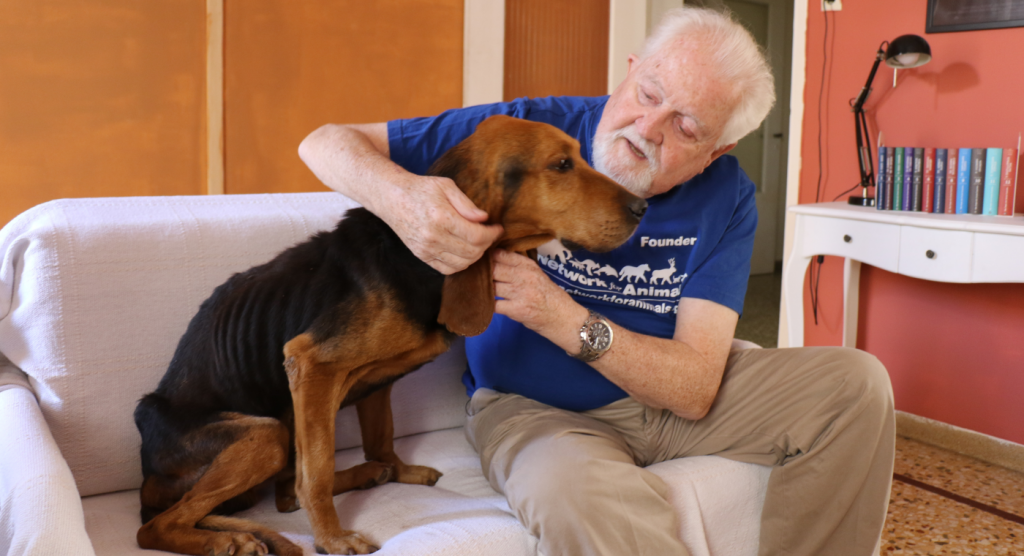 It’s hard to believe, but to some people dogs are just tools to be used and thrown away. That’s what Remus’s owners said when he became sick. They dumped him in a wasteland near Athens, and left him to die. When Ghost Dogs, Network for Animals’ partner in Greece, rescued Remus he was a walking […] 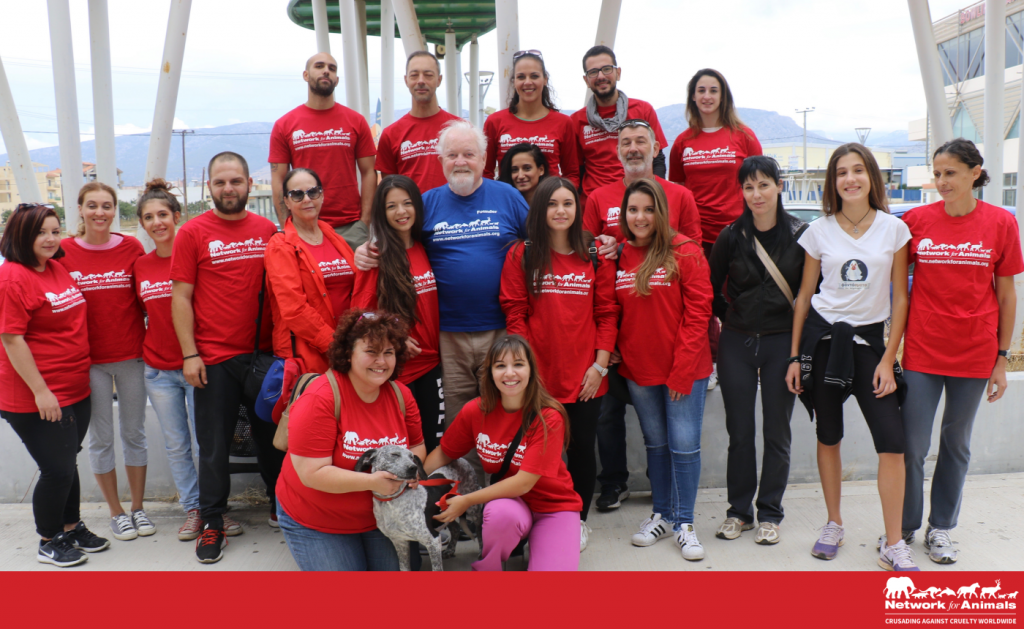 This is our Ghost Dogs team in Greece. Every week these wonderful people venture into the run down and often dangerous area called Aspropyrgos near Athens to rescue abandoned dogs that people dump there. They also brave the many gypsy camps in the area, places so dangerous the police are reluctant to venture inside. Our […] 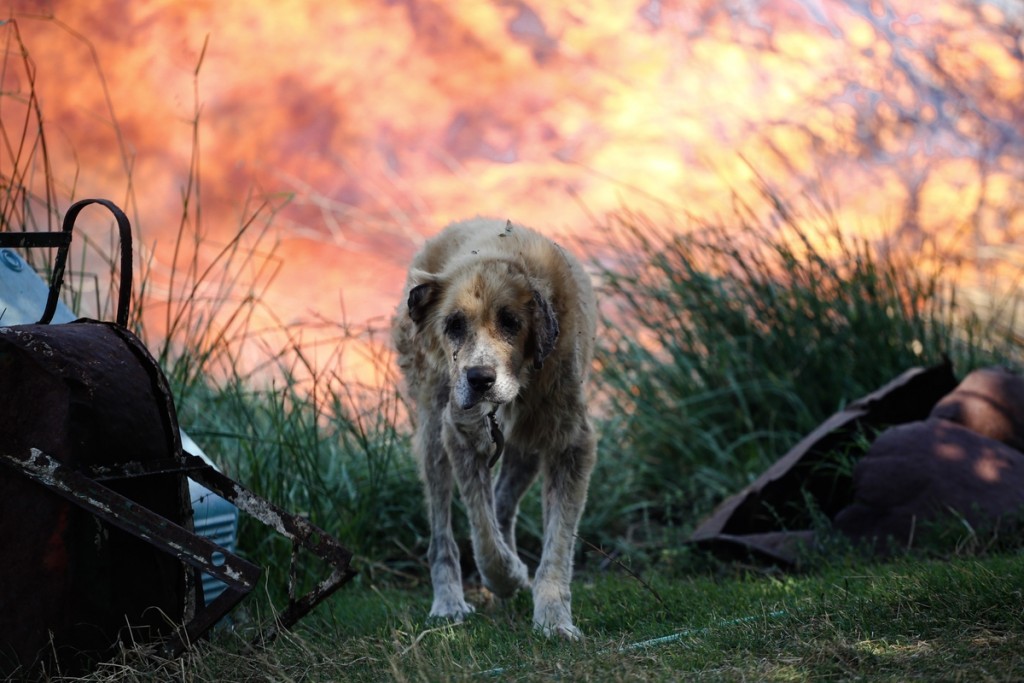 I have told you many times before of the terrible situation street dogs face in Greece.  Network for Animals is doing everything we can to help. No words can better convey why your support is so urgently needed… than this haunting photograph. This poor dog was caught in wild fires that swept through the Attica region of […]

Greek cats get a helping hand from NFA 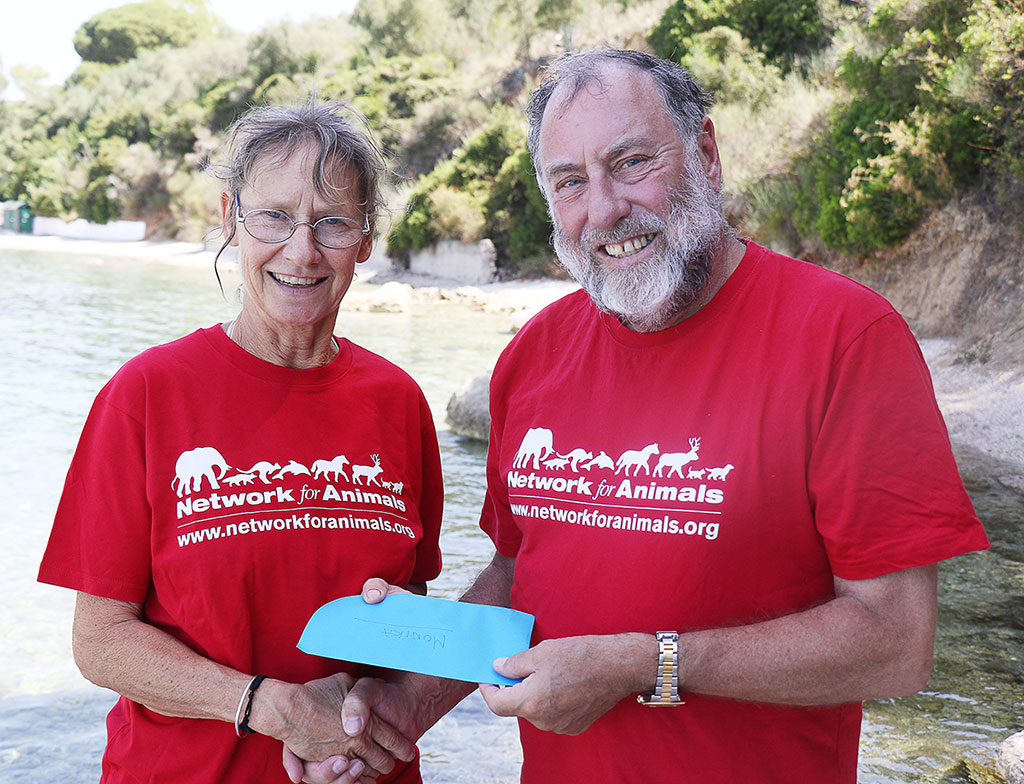 Network for Animals (NFA) has stepped in to help hungry street cats on the Greek island of Ithaca. NFA has pledged to buy food for a year for the cats and kittens who live in the isolated village of Stavros. “The cats are a nuisance to the island people, most are poisoned or put in […]