Dear editor, We note Defra Minister George Eustice’s statement on 13th September (1) referring to epidemiological data on bovine TB (bTB) in cattle in badger culling zones (2). He claims that: “Today’s figures showing reductions in TB cases in Somerset and Gloucestershire are evidence that our strategy for dealing with this slow moving, insidious disease […]

The announcement that the UK’s Department of Environment, Food and Rural Affairs (Defra) has approved 11 new badger cull licenses in England is a disgrace that has nothing to do with science and everything to do with winning votes from the farming community. This was the message from Network for Animals (NFA) chief campaigner, David […]

A landmark court battle over badger culling is underway in England, with animal activists refuting the rationale for the cull and opposing plans by the Department of Environment and Rural Affairs (Defra) to extend the badger killing to Gloucestershire and Somerset. The judicial review has been brought by Tom Langton, an ecologist and member of […]

A ban on puppy sales by pet shops and other third-party dealers is being considered by the government of Wales and a recent debate in the UK parliament on the illegal trade in puppies has raised hopes that similar bans might be instituted right throughout the country. A ban would mean that people buying a […]

Network For Animals welcomes consultation by UK environment secretary to ban sales of all ivory goods, regardless of age and origin. by Sue Cullinan/NFA 24 November 2017 The UK government has bowed to pressure from wildlife campaigners and says it will ban ivory sales, depending on the results of a consultation launched in October 2017. […] 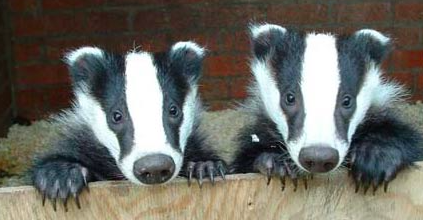 Network for Animals has welcomed talks in London this week to address the brutal badger culling policy which has so far had little effect on the Bovine TB allegedly linked to badgers. NFA campaign director David Barritt said “we welcome any positive progress that will lead to the end of a badger cull that is […]

Brian Davies, founder of Network For Animals, supports demand by the Lynx UK Trust that Borth Wild Animal Kingdom’s ‘hobby zoo’ be permanently shut down. A seaside zoo reeling after the loss of at lynx shot dead after leaping out of her enclosure last week is facing calls for it to close after it emerged […]

NFA says a return to quarantine regulations would increase animal suffering by Sue Cullinan London 15 November 2017 British pet owners were shocked to learn this week that a failure to conclude a Brexit deal with the EU would make it harder to take pets to Europe. EU negotiator Michel Barnier told French newspaper Le […]