A tiger held in captivity at the Bronx Zoo, in New York, has fallen ill with the coronavirus. Chief veterinarian at the zoo, Dr Paul Calle, believes that she caught it from a zookeeper. Nadia, the four-year-old Malayan tiger, lives with four other tigers in the zoo’s Tiger Mountain enclosure. All but one of them […]

Washington lays down the law on wildlife trafficking

A 71-year-old man is one of the first to be charged under a new ivory-trade law in the US state of Washington after authorities seized 1,600 items, suspected of containing ivory. The man was caught following an undercover operation, in which a detective responded to an online advert on Craigslist – which detailed the sale […]

A landmark proposal has been tabled in the US state of North Carolina to create an online registry of people convicted of animal abuse. This would be similar to the state’s sex offender registry – that would enable citizens to find out if there is a convicted animal abuser in their neighborhood, or to double-check […] 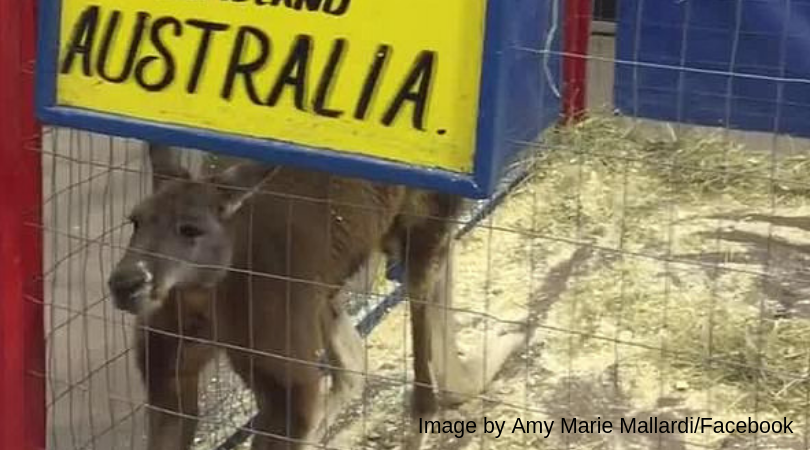 A petting zoo in the US has caused global public outrage after a video emerged of a kangaroo locked inside of a tiny cage. Amid concerns that it might be sedated, the animal walks back and forth inside the cage, occasionally pushing its nose through the wire. The cage is located in an outside pen […]

Animal cruelty laws in the US state of Iowa are some of the weakest, ranking 48th out of 50 states. This abysmal ranking is partly because there are no felony charges for animal cruelty and no legal definition of basic standards for animal care. Some lawmakers are pushing to change this, following horrific cases of […]

Tied up dog left to starve in airport garage for days

There is no such thing as an ’animal lover’ who ties up a dog in a Dallas airport garage and leaves it to starve for four days. This is what former Ultimate Fighting Championship (UFC) fighter Frank Shamrock did, when he could not find someone to look after his mother’s dog. He tied Zelda, a […]

Video footage has emerged of poachers gunning down a hibernating mother bear and her cubs in Alaska. Cameras had been set up outside its den by the US Forest Service and the Alaska Department of Fish and Game as part of a study. The footage shows that after the rampage, the men– a father and […]

A watchdog report released this week claims that US government scientists have been participating in disturbing and gruesome experiments on cats, including feeding their remains to health laboratory cats for “research”. Other experiments carried at the Department of Agriculture’s (USDA) lab in Maryland included feeding dog remains to cats, and injecting cat remains into mice. […]