Thinking of Dogs on Thanksgiving 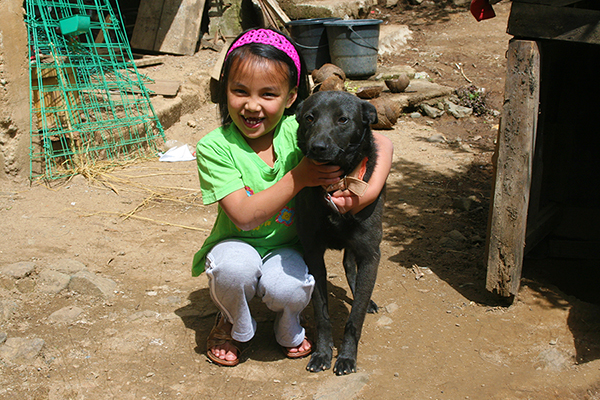 Holidays like Thanksgiving are a good time to reflect on what we have. Today we’re thinking in particular about the good lives that we are able to give to our dogs. Dogs are incredibly important to humans, sharing a unique bond, and over the years Network for Animals has fought for their rights across the world. Today, we want to draw your attention to the dog meat trade in the Philippines.

Dog meat eating is a long-standing cultural phenomenon in some of the Northern provinces of the Philippines. It is traditionally associated with celebratory events, perhaps a little like today. Historically the practice involved a relatively small number of animals killed and consumed, but more recently, dog meat eating has proliferated for commercial rather than cultural reasons.

The conditions in which dogs are killed in the Philippines are absolutely unacceptable. Tens of thousands of dogs, many of them stolen pets, are rounded up and slaughtered every year in barbaric conditions. Dogs are muzzled and bound with nylon string. On occasion their front legs are forced behind their backs and tied. Dogs are often left in this state, sometimes for days, without food or water. The lucky ones forced against the bars of the cage manage to get some fresh air in the stifling heat, but mortality rates passing 50% are commonplace.

Although the trade in dogs for meat is illegal (banned in 1998 via the Animal Welfare Act) a lack of enforcement has allowed individuals to continue to brutally slaughter dogs for profit. This is where Network for Animals steps in. Since 1998, we have worked in partnership with local Philippines animal protection organisations, to end this vile trade.

We have closed 26 dog slaughterhouses. We have closed 21 live animals markets selling dogs.  In just the last month, we have raided 14 restaurants. We are making a difference.

Our work involves countless hours of undercover monitoring, and dangerous raids, and years of follow up work with legal cases. But we realise it’s essential that we also educate the public on the dangers inherent in consuming dog meat. Without social change, all our action will be in vain.

Despite the dangerous and challenging nature of this work, we have made tremendous progress in reducing the numbers of dogs abused and killed by this cruel industry. However, our fight is not over, and many defenceless animals will continue to be killed as part of the Filipino dog meat trade. We think of those dogs that won’t escape today, and hope that you will too keep the dogs of the Philippines in your thoughts on Thanksgiving.

If you would like to help us further, please make a special Thanksgiving donation to help us in our fight to end the dog meat trade for good.