Network for Animals Founder Brian Davies has joined David Attenborough, Joanna Lumley, Ricky Gervais and animal organisations around the world, undersigning an open letter to China’s president Xi Jinping, urging him to act now to save African elephants from extinction, ahead of Prince Willam’s visit next month.

The prince is due to make a statement on conservation on 4 March in Yunnan province, and will visit a sanctuary for Asian elephants. Conservationists expect him to talk about the wildlife trade, including ivory. In a speech last December he noted the street price of ivory in China had increased from $5 (£3.20) to $2,100 per kg in 25 years and was being reflected in increases in poaching:

“Those who look the other way [on the wildlife trade], or spend the illicit proceeds of these crimes, must be held to account”

Network for Animals are actively lobbying to achieve positive change for Elephants at the 2016 CITES convention and are pleased to be taking this united stance against China’s Ivory trade, which is a major threat to elephant survival. The text of the letter follows:

We write to you today on behalf of global citizens to ask for your help in saving the elephants of Africa.

First, we would like to congratulate you on your leadership of one of the world’s most influential and powerful nations, a position which gives you and China the capacity to shape the future in ways that most other countries are not able to do. Because of this global position, the international community looks increasingly to China for leadership in many areas, including combating wildlife trafficking.

As you know, Africa’s wildlife is in crisis, with the number of elephants lost to poaching higher than ever before, and with many other species being poached and trafficked in ever-escalating and unsustainable numbers. Recent scientific reports have determined that 100,000 elephants were killed over 3 years between 2010 and 2012, and it may be significantly higher than that.  Best estimates suggest that fewer than 400,000 elephants survive in Africa. This is nothing short of catastrophic.

Many countries play a part in this tragedy. However, according to the United Nations CITES (Convention on the International Trade in Endangered Species of Fauna and Flora), most of the poached ivory finds its way to China, where the demand for ivory has soared in recent years, as China’s growing middle-class citizens become increasingly affluent and seek to acquire ‘high-status’ items. Unless urgent actions are taken by the international community, and China in particular, to stop this demand, the killing of elephants will continue unabated and could lead to their extinction in much of their range areas within a short time – possibly as little as 10 years.

So there is very little time left for these remarkable creatures who share so many traits with our own species – a great intelligence, a deep emotional capacity, a long period of nurturing and educating their young, innate deference to their elders, and intense grieving when they lose a member of their family or herd. Furthermore, elephants are a keystone species upon which many other animal and plant species depend, fulfilling a vital role in the ecological balance of the environments in which they are found.

Now the world is looking to you, Mr. President, and to your great country, to take action to end all ivory trade in China – to stop using elephant tusks in the carving factories (and move to alternative production such as stone or synthetic materials that are environmentally and ethically acceptable), to outlaw the buying and selling of ivory, and to educate your citizens about the true deadly cost of ivory.

This is a decision that is in your hands and not one that needs the approval of bodies such as CITES, which allows individual nations to enact stricter domestic measures as they see fit.

You have already shown yourself to be an extraordinary and forward-thinking leader. In advancing the Chinese Dream 中国梦,you lead a country that has achieved astonishing progress in the past 30 years, the result of your people’s capacity to embrace new ideas and actions that modify – and remove where necessary – old and outdated ways of thinking.

Ivory products are a luxury commodity that encourages extravagant consumption, socially irresponsible spending, and illegal practices, all of which run counter to your fiscally responsible and anti-corruption policies. The buying and trading of ivory surely belongs in the past, not in a modern and progressive China.

China is now in the forefront of humanity’s march into the 21st century, and it will earn international respect and appreciation if it can bring to an end a tradition that is based on the brutal killing of tens of thousands of African elephants each year and the potential demise of a species.

China has a long tradition of compassion and reverence for all forms of life and the natural world, a tradition reflected in the recent introduction of the concept of animal welfare into China’s 1989 Wildlife Protection Law, signaling a major advance in global wild animal protection.

It is no secret how ivory is obtained, and the brutal chain of killing, criminality and violence that characterizes the ivory trade. The illegal ivory trade also exacerbates corruption and weak governance in Africa, and deprives African communities of the natural heritage and sustainable economic development they depend on. If the Chinese people were to know of the terrible suffering of elephants who are butchered for their tusks – often while still alive – and the devastating social and economic impacts inflicted upon the African communities, they would certainly feel anguish and compassion and a desire to bring poaching to an end.

We believe your people, as well as the global community, would welcome your decision to ban a trade that perpetuates so much cruelty and, as a consequence, a negative image of China internationally.

Mr. President, you have been called upon to lead your country at this critical moment in its history – to lead your people into a new age of prosperity and national revitalization, and to show the world China’s true greatness and potential. This greatness can be measured not only by the remarkable economic progress China has made in such a short time, but in the character of its people and in their compassion for the natural world.

Mr. President, we urge and implore you to act decisively to finally end China’s domestic ivory trade (both legal and illegal), and to consider the many ways this will serve China’s long-term political and economic interests. We ask that you make this historic decision as a matter of the utmost urgency and cement your lasting legacy as one of the truly enlightened leaders of our time – a leader whom future generations will speak of with respect, admiration and gratitude.

The elephants of Africa are dying in their tens of thousands every year to provide ivory for misguided consumers in China and elsewhere. Without your help, they will continue to perish and be pushed towards extinction.

The world awaits your decision.

And we the undersigned: 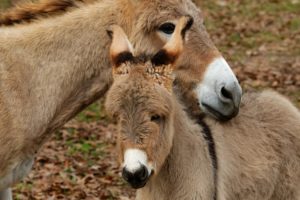 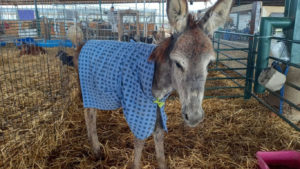 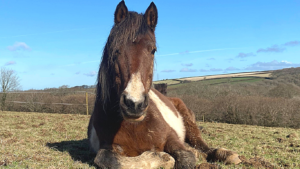