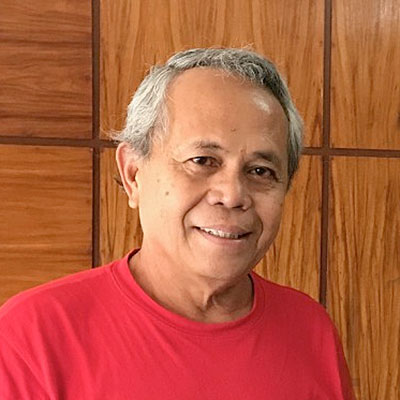 With courage and determination, Network for Animals (NFA) campaigner, Medino Yebron, is winning a hard-fought battle against horse fighting in the Philippines.

With courage and determination, Network for Animals (NFA) campaigner, Medino Yebron, is winning a hard-fought battle against horse fighting in the Philippines.

Known to colleagues and friends simply as “Dino,” the former veterinarian and professor of veterinary science is one of the unsung heroes of NFA’s worldwide crusade to end animal cruelty in the far-flung, forgotten corners of the world.

“It’s been a ten year campaign,” says Dino, acknowledging that he has made considerable progress. “We have reduced the number of horse fights by more than half. There are no more horse fights in towns or cities, but they still take place in rural areas; the organisers hide them away.”

Where Dino lives, on the island of Mindanoa in southern Philippines, horse fighting is a multi-million dollar gambling industry that is linked to organised crime syndicates. One horse fighting event can last for between three or even five days and earn its organisers up to US$10 000, a massive sum of money in this remote part of the world. Up to 100 stallions are forced to fight in the event, causing them pain and trauma, but as Dino explains, it is the single mare that is the real victim of the repeated fights:

“At the centre of the arena where the stallions fight is a female who serves as bait,” he relates. “The stallions fight because they want to get to the female. She stands there in rain or shine and at the end of each fight, the winning stallion will rape the female. If there are 30 stallions, the female is raped 30 times.”

Dino has dedicated his retirement years to ending the brutality of horse fighting and improving public awareness of all forms of animal cruelty, but in so doing he puts his life at risk.

“Horse fighting is a business for the organisers – a gambling business. I have received death threats and insults, but with any work there is a risk,” he says nonchalantly.

Frustratingly for Dino, the Philippines has good animal welfare laws, but the authorities don’t always enforce the law – sometimes out of fear, sometimes because of corruption. Dino’s answer to this predicament has been to lobby intensively at local and provincial level for laws to be enforced and transgressors to be prosecuted:

“I’ve appeared before the provincial board, the city council and the municipal council and then the community leaders, hoping that we can do something about the law,” he says. “The good thing is that because they are now well informed, they are no longer giving permits to conduct horse fights, but still they do not stop the organisers. I have resorted to conducting police seminars. I have already conducted 14 police seminars at the provincial level. Because of my repeated requests, the provincial police director has now dedicated two policemen at each police station to be responsible for animal welfare.”

It is these policemen who help Dino when he gets information about an organised horse fight. They travel to the area and shut the fights down.

Horse fighting is not unique to the Philippines. It takes place in Cambodia and Viet Nam too, but in Mindanoa, Dino is on the ground, working to eradicate the “sport” that takes such a terrible toll on horses. He is motivated by his love for, and knowledge of, animals and grateful for the support of NFA supporters.