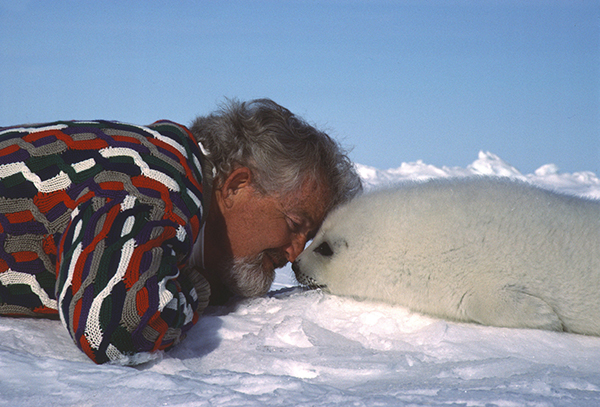 Lots of people make resolutions at this time of year, and we at NFA are no different. We are proud of all that we achieved in 2015 and here are just a few of our goals for 2016. With your support, these goals can become reality.

We want to end the Canadian seal cull

In 1987, NFA founder Brian Davies, provoked a ban on the killing of Whitecoats. This was after years and years of hard work and determination. Whitecoats are new-born seal pups, named and recognised by their fluffy, white coats. That victory saved more than 2.5 million seals, and is one of the greatest achievements ever known in animal welfare.

What many people don’t realise is the Canadian government today allows hunters to kill seals older than eleven days.  Around this point, the pup’s beautiful white fur begins to moult, weaning begins, and the baby’s nickname transitions from ‘whitecoat’ to ‘raggedy jacket’ to ‘beater’. Alone on the ice, weaned from their mothers, these abandoned baby seals are an easy target for hunters. Their deaths are violent, and primitive weapons are used for the bloody killings.

NFA is determined to put an end to the Canadian Seal Cull in 2016. Skinning seals alive for their fur has no place in a modern government’s mandate. We hope you will join us in appealing to the new Prime Minister of Canada, asking him to put an end to this horrific practice. It is completely at odds with his vision of a forward thinking, modern Canada.

We will help even more suffering dogs around the world

NFA is committed to helping needy dogs, wherever they may be. In 2016, we want to do even more. One thing on our agenda is to address the problem of starving and abandoned dogs in Greece. They are the forgotten victims of the financial crisis. We aren’t prepared to stand by and watch them suffer, and will be giving updates on this story in the coming weeks.

Let’s save the lives of thousands more dogs in 2016

We will continue to fight for Rhinos and Elephants.

Trophy hunting, the ivory trade, and inhumane zoo conditions are just three of the things that NFA will be fighting against in 2016. Our teams in Africa and China have uncovered some very sad stories which need our urgent attention. Watch this space to find out how you can help us save elephants and rhinos in 2016.

We want to close down the U.S Meat Animal Research Center (MARC)

After a year, we are still not satisfied that any changes have been made to safeguard the welfare of the farm animals at MARC. The Animal Welfare Act (AWA) specifically exempts farm animals “used or intended for use for improving animal nutrition, breeding, management, or production efficiency, or for improving the quality of food or fiber.” This legal loophole allows MARC to get away with horrific and inhume research practices. NFA is pleased to see that some compassionate politicians in the USA are fighting to have the laws changed. However it isn’t going to happen quickly enough for the animals at MARC. The suffering they are enduring is horrifying. We are determined to help them.

This is just the tip of the iceberg when it comes to our resolutions! Please support us with our 2016 goals. We can’t do it without you!

With your help, 2016 will be a great year for animal welfare