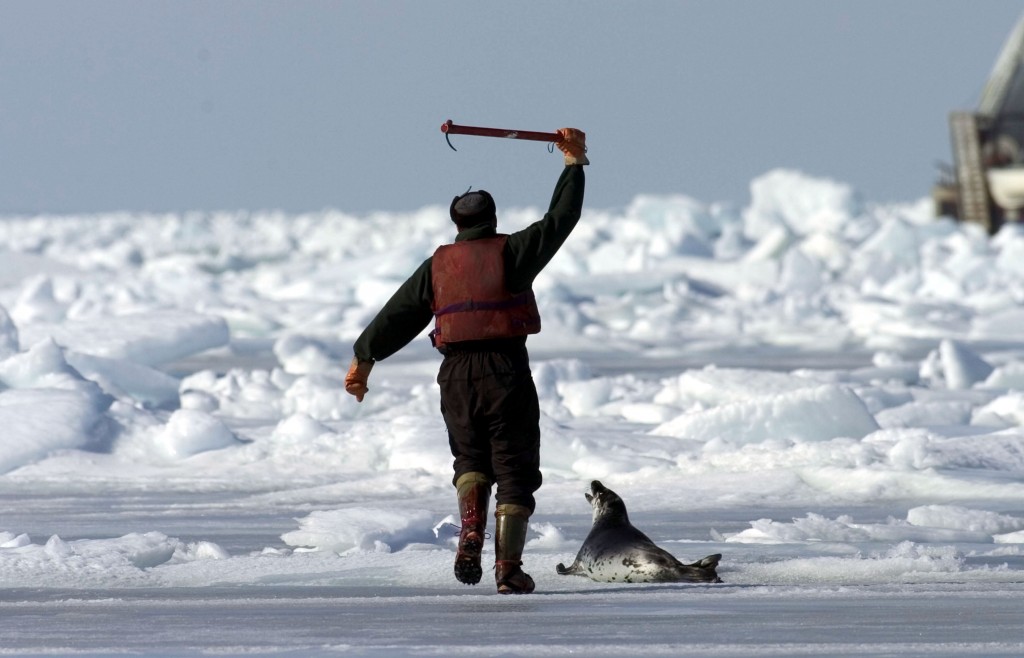 The Canadian government argue that seal numbers need to be controlled to protect fish stocks, blaming seals for the low numbers of cod in the oceans around Canada. The Canadian government’s solution? To take to the ice and viciously beat to death helpless young seals, covering Canadian ice floes with blood.

Network for Animals oppose Canada’s seal hunt on animal welfare terms. We are absolutely horrified by the violence and cruelty of the hunt and campaign fiercely against the barbaric slaughter of such beautiful animals.

The Canadian government argue that hunting seals will allow stocks of cod to recover in their oceans. We at Network for Animals say, where is the evidence?

The scientific literature shows numerous occasions where seals have been hunted, without any impact on fish populations.

“Many consider it obvious that removing predators should increase prey populations, but predator-prey interactions are far too complex to assume this” (Bowen and Lidgard, 2011).

Scientists working in the field, such as Professor Lavigne, also tell us that there is just not enough information to tell us whether culling is effective.

Reflecting this lack of evidence, an open letter from independent marine scientists calls upon the Canadian government to stop the seal hunt:

“The scientific community is in agreement that the principal cause of fish stock depletions is human fisheries and that there is no credible scientific evidence to suggest a cull of grey seals in Atlantic Canada would help depleted fish stocks recover. Similar measures taken in the past have never succeeded to increase fish stocks” (Whitehead et al, 2012)

Thus, Canada doesn’t have sufficient evidence for its bloody killing sprees. Not only is its government cruel, but it is unjustified in its hunting actions.

Help us fight to save the seals by taking our pledge to boycott Canadian fish.