Hate Hunting With Hounds? You Must Speak Up Today! 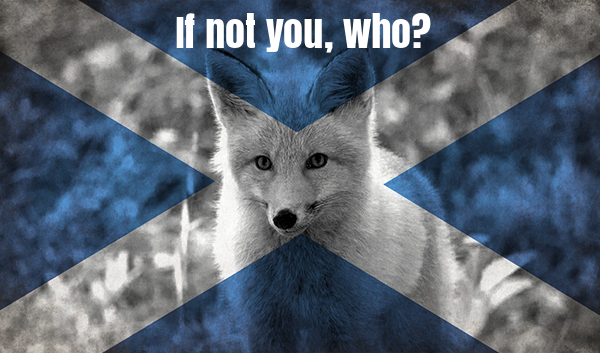 The deadline to submit to the Lord Bonomy Review of the Protection of Wild Mammals (Scotland) Act 2002 is today,  31st March. NFA has been campaigning for some time to  ensure the public know about the Review, and to encourage everyone who is opposed to hunting with hounds to have their say, and help influence the law-makers.   It is open to everyone, regardless of where you live.

Send your submissions to the Lord Bonomy review of Scottish hunting legislation to this address:

Or email your thoughts to:

Those of you who are vehemently anti-hunting but have not yet submitted, and indeed those of you who have, will find the following interview with International Animal Welfare, Ethics and Law expert, Jane Stirling, very useful. Jane does her research at the University of Edinburgh.

Can you tell us a little about the Protection of Wild Mammals (Scotland) Act (2002)?

In 2002 after three years of consultation, triggered by a ground swell of public moral repugnance towards hunting with hounds,  the Scottish Government passed The Protection of Wild Mammals (Scotland) Act 2002.  From that point on, hunting wild mammals with dogs became outlawed in Scotland.

The explicit offences within the Act are to “deliberately hunt a wild mammal with a dog” or for a landowner or dog owner knowingly to permit another person to use it to commit this offence. It is not an offence to flush mammals out from cover with dogs providing that they are then shot or killed by a bird of prey, nor if the dog kills the quarry in the course of that activity.

What powers does the Act give to the police?

The Protection of Wild Mammals (Scotland) Act (2002) gives police the power to arrest suspects and conduct a search of their person, animal or vehicle without a warrant. Offenders risk a six month jail sentence or fine of up to level 5, plus the possibility of having their dog seized, however securing a conviction requires that it is shown beyond reasonable doubt that the hunting was “deliberate” and that there is more than a single witness’s evidence.

It sounds like securing a conviction would be very difficult as the law stands just now. Is that the case?

Yes. Since its creation, The Protection of Wild Mammals (Scotland) Act (2002) has seen few prosecutions and fewer still convictions. Although the first prosecution under the Act was against the Master of the Duke of Buccleuch’s hunt who was acquitted on claiming to be flushing foxes with dogs to waiting guns, the first conviction related to a man using a spotlight at night to entice foxes to set his dogs on. However since then the majority of convictions have been of people hunting hares. There have, as yet, been no convictions for organised mounted fox hunts. Failures to secure convictions for organised fox hunts have disappointed the non-hunting majority whilst delighting the hunting minority.

Do you think it is easy for people to deliberately evade prosecution?

Yes. Suspects have been known to avoid prosecution under this Act due to it being impossible to prove beyond reasonable doubt that their actions were deliberate. The absence of the word “recklessly” in section 1 of the Act which states it is an offence to “deliberately” hunt a wild mammal, makes it possible for hunters to avoid prosecution by claiming their actions were unintentional.

What do you think law-makers could do to change this?

Altering the wording of the Act from “deliberately” to “intentionally or recklessly” would make it easier to police although it may alarm walkers of unruly dogs. Other amendments which would make a real impact on hunters’ behaviour and the prosecution and conviction rates, would be for the requirement of only one witness as evidence, or if mounted fox hunts muzzled the hounds, or by going even further and banning the use of horses for those participating in fox hunting.

Submit to the Review here

You can find further information here