Scottish Hunting Laws Need Tightened. What is being done? 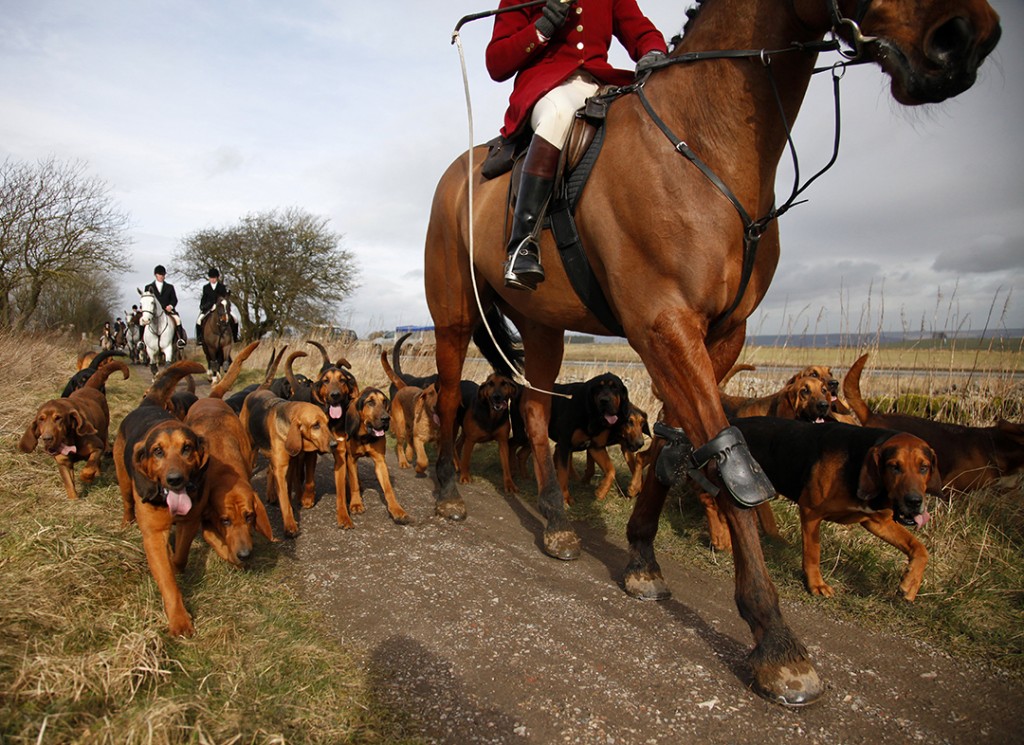 David Cameron shelved his underhand plans to weaken the Hunting Act back in July when he realised he would face certain defeat.

Animals lovers took this as a victory  but we all knew that it wouldn’t be the end of the matter. Cameron has shown that he can’t be trusted, and he does of course belong to that sick group of people who enjoy seeing defenceless animals ripped apart as part of a fun day out. He has a vested interest in weakening the Hunting Act, and many powerful people who support him financially will no doubt be pressuring him to address this matter once more.

It was no surprise therefore, to hear Environment Secretary, Liz Truss reaffirm the government’s commitment to amend the Hunting Act,  whilst speaking at an EFRA committee meeting on October 21st.

Cameron backing down in July was in no small part thanks to the Scottish National Party (SNP) who announced at the eleventh hour that they would be voting against him. The Prime Minister had done his best to manipulate them into abstaining by arguing  that it was an English matter that didn’t concern them, and that he was merely trying to bring English and Welsh hunting laws into line with Scottish ones. Facts which NFA exposed as untruths. Thankfully, the SNP refused to be bullied, and Angus Robertson, SNP MP announced:

Despite many people believing that hunting with hounds is banned in Scotland, hunting laws there are weaker than those in England and Wales, with unlimited hounds being permitted, as opposed to the two hounds allowed under the Hunting Act. The hunts which took place in Scotland before the 2002 Protection of Wild Mammals (Scotland) Act came into force are still continuing to this day.  So it was reassuring to hear Angus Roberston state that there was a need to look at Scottish hunting laws. It highlighted the SNP’s integrity, and reasons for standing up to Cameron.

However, four months later, there is still no word from the Scottish government on the review. In the meantime, hunting season has begun, and animals are being ripped apart in the name of sport, and under the guise of ‘wildlife management’.

With every minute that passes without Scottish hunting laws being tightened, the more animals suffer, and the better chance Cameron has of calling the SNP’s bluff this time and announcing another free vote on the Hunting Act. The SNP’s position will be much weaker if they have failed to look at the hunting laws in their own country, after stating a commitment to do so in July.

One member of the Scottish parliament  who sees the urgency of this matter, is Scottish Green Party MSP, Alison Johnstone, who has put forward a motion in Holyrood, asking for stricter hunting laws, and also asking what the Scottish government is doing with regards to their review.  She says:

“I was happy to see the hard work by anti-fox hunting campaigners rewarded, with the SNP adopting a strong stance towards the cruel bloodsport in England and Wales. However it is important that we get our own house in order north of the border. I would hope that the stance the SNP took on the issue is matched by action from the Scottish Government. Action in Scotland can also impact beyond the border, and I am keen to see that the example we set in this Parliament is a positive one”

Let’s hope the Scottish government take heed of Ms Johnstone’s requests, and like her, recognise the urgency of this matter. Cameron could announce another free vote at any time. The lives of foxes, hares, mink and deer in England and Wales, as well as Scotland may well lie in the hands of the SNP.

An Earthquake On Its Way? Cows May Know Before We Do, Proving Farm Animals Are Way Smarter Than Some Think!

A remarkable study confirmed that cows can sense an earthquake long before it hits the ground. Researchers from Germany’s Max Planck Institute (MPI) for Behavioural

Africa’s Tembe the elephant has died. Network for Animals (NFA)’s supporters helped move Tembe, an elephant with big tusks, 1000-miles from the north of South

There Aren’t Plenty of Fish In The Sea, And The Smooth Handfish Is Proof…

A spotted handfish, relative to the smooth handfish. Credit: John Turnbull/Flickr Being blessed with superpowers wasn’t enough to save Australia’s smooth handfish from extinction. It’s