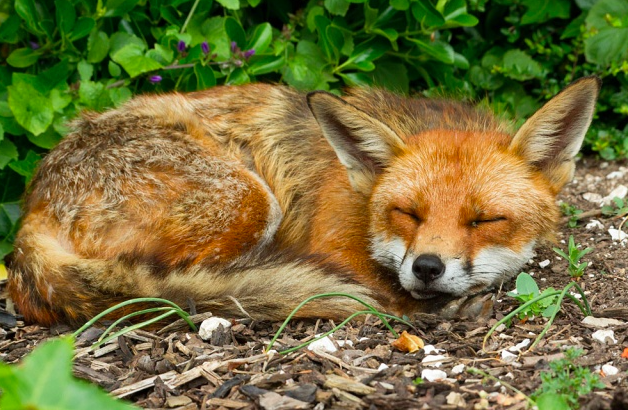 Animal lovers in the UK and beyond rejoiced last summer when David Cameron’s Conservative Party attempts to repeal the Hunting Act (2004) in England and Wales were thwarted by the Scottish National Party (SNP).

Network for Animals worked with the SNP to convince it to stand up for foxes in England and Wales. Cameron and his pro-hunting fraternity mob tried to bully the SNP into staying out of what they claimed was a matter concerning only MPs representing English and Welsh constituencies.  However, Nicola Sturgeon, First Minster of Scotland, and leader of the SNP,  refused to be bullied and the night before the repeal vote was due to take place, she announced that her party would be voting against David Cameron’s plans. As a result, Cameron was forced to admit defeat and called off the vote.

Sturgeon was obviously right in her stance. After all, animals know no borders. Indeed, much “English” hunting takes place across the Scottish border.

However, there was one issue many overlooked, or of which they were simply unaware: Scotland’s own version of the Hunting Act, called The Protection of Wild Mammals (Scotland) Act 2002 is actually weaker in many ways than the Hunting Act which the SNP had fought to preserve in England and Wales. For example, under the English Hunting Act, a maximum of two dogs are permitted to “flush out” wild mammals to be shot. Under current Scottish Hunting Laws, a whole pack of hounds can be used. Obviously to be consistent and reduce cruelty, the Scottish government needed to urgently review this situation.

It was no doubt due to this need to “get its house in order” that on Boxing Day 2015, the Scottish government announced that the highly experienced and respected former high-court judge, Lord Bonomy would be leading a review into Scottish Hunting legislation. The aim of the review was to focus on whether current Scottish hunting legislation gave enough protection to foxes and other wild mammals.

Written evidence was accepted from anyone who wished to contribute, from February until the end of March 2016, and Network for Animals campaigned strongly to get the word out to all animal lovers  to get involved, and explained the situation as concisely as we could. We even took to the streets to spread the message!

Along with other leading NGOs, NFA made a submission to the Lord Bonomy Review. We were very clear in our submission that laws can easily be flouted at present by hunters because there are often no independent witnesses there to what is going on during a hunt. It is our firm belief that wild mammals are dying horrific deaths for this reason.

Lord Bonomy recently published his findings and NFA is delighted to see that Lord Bonomy agrees with many of the recommendations we made in our submission.

Lord Bonomy had this to say on this matter, echoing our sentiments.

“Consideration should be given to the appointment of part-time, independent hunt monitors to observe on a random basis the activities of hunts using packs of hounds. While it is conceivable that such an arrangement could be provided for in legislation, there is reason to believe that it should be possible to develop a voluntary Protocol or Code of Practice to regulate this through discussions in which Police Scotland should be involved. It is envisaged that the monitors would be engaged by an appropriate agency of the Scottish Ministers to whom they would submit a report of their observations. An annual summary of their observations could be included in the Wildlife Crime in Scotland Annual Report. It is also envisaged that the monitors’ observations would in principle be admissible evidence in court (paragraphs 7.2 and 7.3).”

NFA had also made clear in our submission that it should be mandatory that huntsmen notify  police well in advance of a hunt taking place, so we were pleased to see Lord Bonomy suggest:

“The existing Scottish Mounted Foxhound Packs Fox Control Protocol should form the starting point for the development of a separate Code of Practice for the conduct of hunt activities, including requirements for notification to the police in advance of the hunt of the identities of those responsible for the activities of the hunt, the number of hounds to be used, the identities of the guns and other information, and also provisions about the conduct of those participating in the activities of the hunt. The material should be recorded in the form of a log or register which would form the basis for an annual report by Police Scotland to Scottish Ministers with a view to relevant parts being incorporated into the Wildlife Crime in Scotland Annual Report (paragraphs 7.7 to 7.10).”

NFA is confident that Police Scotland will wish to co-operate with Lord Bonomy’s recommendations, given its present position that current Scottish hunting laws are “unworkable.”

Lord Bonomy’s Review is now in the hands of the Scottish Government, and it is our hope that it takes heed of all of his recommendations.

Network for Animals’ Stance on Hunting with Hounds

There were strict guidelines for submitting to the Lord Bonomy Review, one of which was that the question of whether hounds should be used to manage the fox population was not part of the remit, or up for discussion.  Any submissions arguing that point would instantly be discarded. So NFA worked within the remits of the submission with a view to tightening up Scottish hunting laws, and protecting as many animals as possible, as far as the guidelines allowed.

Whilst Network for Animals welcomes these Review outcomes, and hopes we can work with the Scottish government to tighten up Scottish hunting legislation, our message is unwavering and clear: We will not rest until hunting with hounds, for whatever reason, is banned across the whole of the UK forever.

The world has completely missed the boat on reaching the targets to stem the destruction of wildlife and life-sustaining ecosystems. And while some may applaud

With every passing hour, hundreds of animals are being burned alive as massive, deadly wildfires continue to choke Northern California, Oregon, Washington and other parts