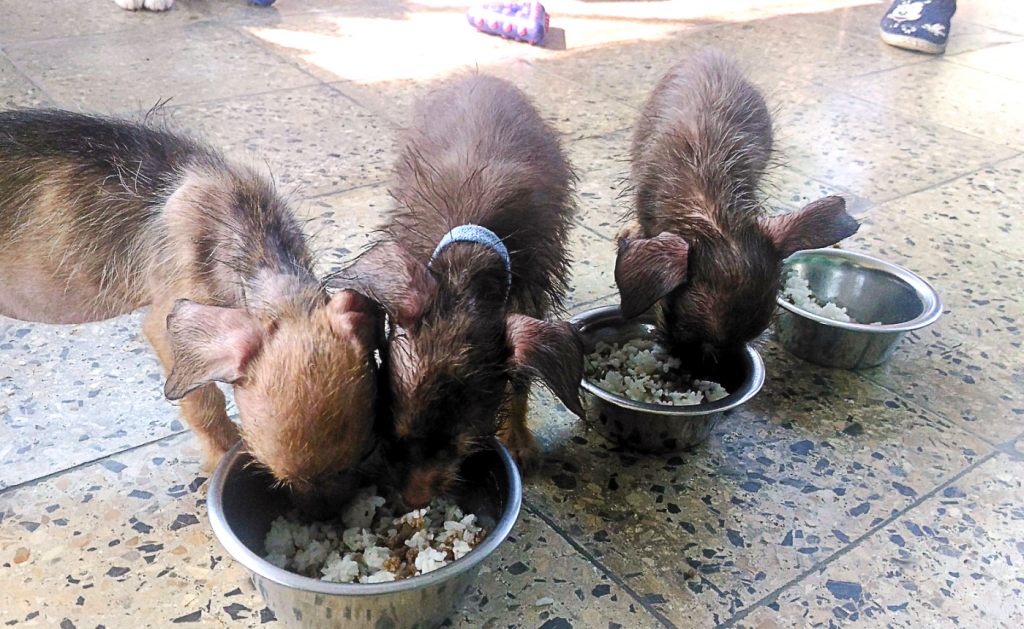 Hurricane Irma savaged Cuba for three days. In chest-high flood waters at the height of the storm, NFA was there for animals.

Hurricanes Harvey and Irma have faded from the news headlines although it will take years for the damage they caused to be fully repaired. NFA donated $60,000 to help animals in Texas when Harvey hit and we were there for the animals when Irma punished Cuba.

When NFA’s Carolyn Walsh contacted our Cuban partners PAC, (Protect City Animals) and asked what they needed most, the answer was dog food. As soon as Havana airport reopened after the hurricane, Carolyn was on a plane personally delivering life-saving food for dogs.

In Havana, street dogs get no help from the authorities, who round them up and mass poison them using strychnine, one of the most painful poisons known to man. NFA and PAC help street dogs by conducting spay and neuter programmes and providing food and medical supplies.

The bravery of our team knows no bounds. When Hurricane Irma hit Cuba, just before the phone lines went down Sucel Jurado, head of PAC, received a call saying three puppies had been trapped by rising storm water in a beachfront office block. Even though the gates of hell were about to open – at the height of the hurricane, amid lashing, torrential rain, wind gusts reached 124 mph – Sucel headed for the building. She was determined to save the puppies, risking her own life. She got there just in time, three puppies had crept higher and higher in the building until there was nowhere left for them to go.

Sucel scooped up all three and carried them to safety. Renamed Harvey, Irma and Maria, the puppies were among the first to taste the American dog food Carolyn had taken to Cuba.

“The three puppies are just one example of the work NFA and PAC do,” said Carolyn. “I assisted Sucel and her PAC volunteers during rescues where seconds counted, I can honestly say that NFA made a big difference to animal victims of Hurricane Irma.

“Our work continues. Each and every day PAC and NFA are there for dogs in distress in Cuba.”

Network for Animals campaigns for animals around the world. We have no government funding and rely entirely on donations, which is tax deductible in the USA.