When I received a desperate plea for help from a Turkish supporter, I could not imagine the hell my team would discover.
Sign the petition
Read more

When I received a desperate plea for help from a Turkish supporter, I could not imagine the hell my team would discover.

In a 19-square-mile area around Tavsanli in south eastern Turkey, we found 10,000 dogs clinging to survival, amongst the decomposing remains of bodies dumped by 200 chicken farms.

Half eaten corpses are strewn everywhere. Food poisoning is rife. Puppies are constantly born and dying. The dogs are so desperate that they even resort to cannibalism. It is one of the worst animal tragedies I have ever seen.

We can only fight for these dogs with your support.

The law says that the authorities must help, but they do not. 10,000 dogs have no food, no veterinary care, and no shelter. But with your support, they will have hope.

Until now, just ONE MAN was attempting to help. Necdet Demirat fed the dogs whenever he could, but it was a drop in the ocean. Clearly, massive assistance is needed, but when Necdet reached out to the local municipality for support, they turned on him in the most cruel and unexpected way.

Shockingly, the local authority is attempting to shift the blame, and are accusing Necdet of killing the dogs to harm their image. Now Necdet has to defend himself in court.

I seldom cry but this sickening situation has tipped me over the edge. This heartless and callous action against dogs and those that try to help them simply has no place in our world.

In the animal kingdom, there are horrors that we cannot ignore. This is one of them.

One of the things that struck me most is that these dogs have no reason to love humans, but when my team arrived they rushed to greet them, hoping against hope that salvation was at hand.

Network for Animals can only win the fight for these victims with your support. We have begun feeding pockets of dogs healthy food, but the overwhelming scale of the problem is unimaginably beyond our means.

I have already instructed my team to take on diplomatic work, urging the Turkish government to stop chicken farms dumping dead bodies in fields, and to offer the dogs the support they need. Our chances of convincing the government are slim, but we will not give up.

This is going to be a serious fight, that may take years to resolve. Please give generously, so that we can end the torment of Turkey’s dogs in distress.

P.S. Without our intervention, the situation in Turkey is a tragedy that will keep on repeating. Please make a donation today, no matter how small, and allow us to take action for these poor dogs. 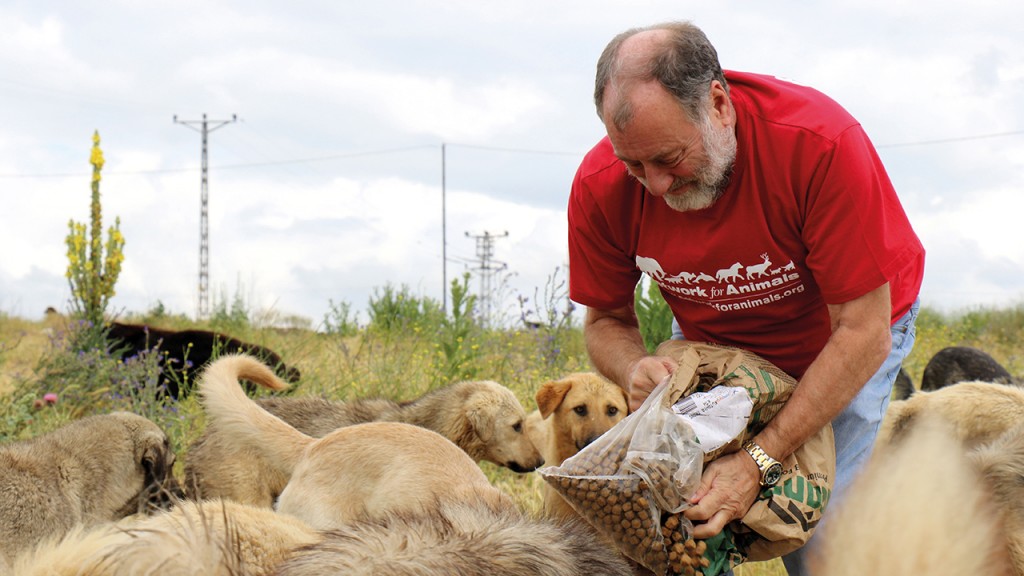 Other ways you can help

You can help us with our vital work protecting animals around the world by making a donation today.