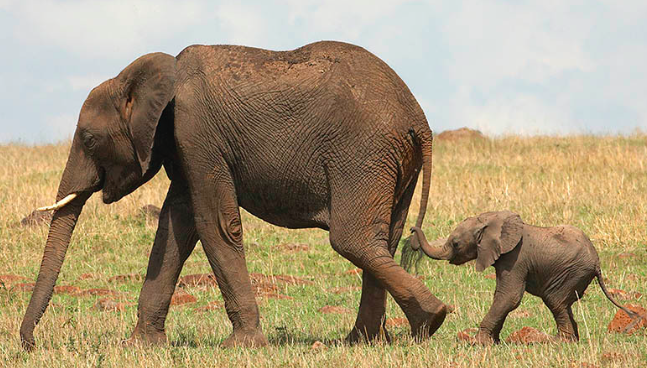 China is often criticised for its abhorrent treatment of animals, so it was a very welcome surprise when its government announced in December 2016 that it intended to stop all ivory trading there by the end of 2017. Last month, we brought you the good news that China is sticking to its promise and shutting down ivory processing factories, in accordance with their self-imposed March 2017 deadline.

This positive action by China shames the United Kingdom’s Conservative Party and consequently, puts the UK, in a very bad light. This is because the Conservatives have gone back on their promise to ban the ivory trade in the UK.

The 2015 Tory manifesto pledged to ban ivory trading in the UK; it said:

“In pressing for a total ban on ivory sales we will work with our international partners and interested parties at home to see how best to achieve this and over what time frame.”

It seemed for a while that the Conservative Party realised that unless an ivory trade ban is introduced, elephants face extinction in the wild within the lifetime of most people in the UK.

NFA met with UK Secretary of State for the Environment, Andrea Leadsom in October 2016 and she reiterated that she was committed to fighting the illegal wildlife trade. This is what she told us at the time:

“The UK is determined to do all we can to show global leadership in fighting the illegal wildlife trade. It is, however, a global issue which will only be solved through international cooperation. We need a concerted, strengthened enforcement response to recognise poaching and animal trafficking as a serious, organised crime.”

Now the Conservatives have gone back on their promises and the ivory trade will continue if they are returned to power in the election on June 8.

Why has this happened?  The prevailing view is that an ivory trade ban would cost the antiques industry money and so it successfully lobbied influential Conservatives to have it dropped.  Many antiques contain ivory or are made of ivory, a ban would prevent trading in such items.

Conservative MPs are amongst those who fought hard to have an ivory ban implemented and we salute them for their efforts. However, it is now clear that a vote for the Conservatives on June 8 will see a continued trade and place additional pressure on elephants, driving them ever closer to extinction.

The Labour Party’s 2017 Manifesto has pledged to ban ivory trading in the UK:

There is no mention of this topic in the Liberal Democrat’s 2017 Manifesto.

Elephants will become extinct unless there is an ivory trade ban. Your vote can help the UK to be a world leader in fighting the ivory trade.

It comes down to money versus morality.

Elephants are dying at a rate of one every fifteen minutes at the hands of ivory poachers. They are facing extinction if urgent action isn’t taken. If this is an issue you care about, then please make sure your vote at the General Election is one that will put the plight of elephants, and indeed all endangered species on the agenda.

We are happy to share the heart-warming story of Sammi the dog’s rescue. From living in a makeshift doghouse in the freezing cold to tail

The things we see are often heartbreaking, but the victories along the way make it all worth it. We are delighted to share that Duke,

It’s been a busy month of lifesaving love, hardworking advocacy and tireless rescue here at Network for Animals. And none of it could have happened

Great News From Israel: Alfie The Donkey Is Making A Remarkable Recovery

We have great news from Israel! Alfie, the pregnant donkey who lost her leg to a bear trap, is making a remarkable recovery. Thanks to