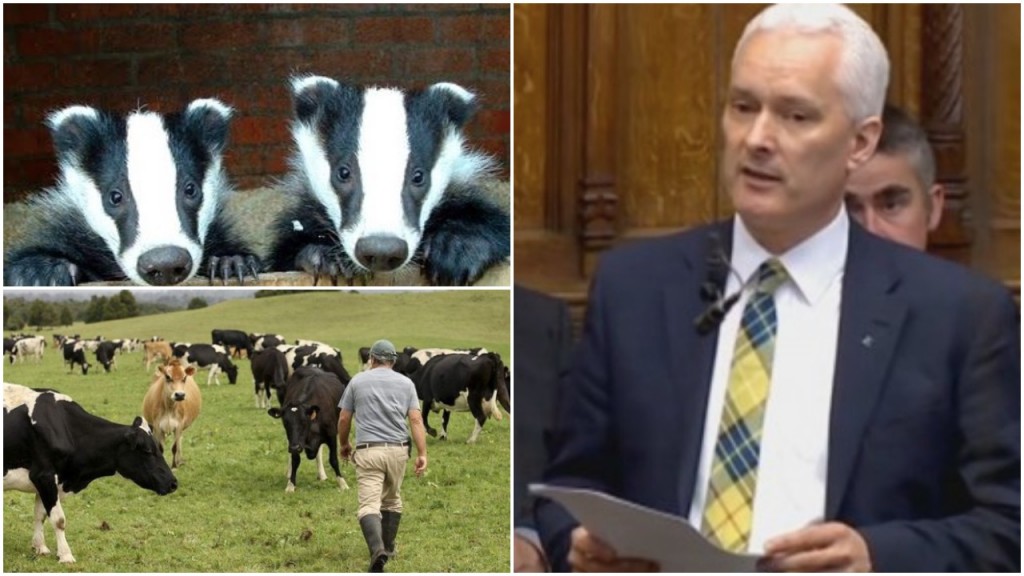 Dr Monaghan’s EDM raises the issue of the millions of pounds spent so far on the failing policy. Moreover,  he and the co-signing MPs  point out that the relationship between bTB and badgers is merely a hypothesis at present, which has not been proven. Finally, the EDM says that the current culling programme offers little benefit to farmers.

“I think it is vitally important that we understand the cause of Bovine Tuberculosis and that we work as hard as possible to eradicate the disease and ensure cattle are healthy and fit.

For some years there has been discussion around the relationship between Bovine Tuberculosis and whether it originates in badgers, and whether badgers should therefore be culled. Indeed the UK Government has initiated culling and this has been at a cost of 25 million pounds to date, which is approximately £7,000 per badger culled. At the same time as culling has progressed, Bovine Tuberculosis still seems to be on the increase in parts of England. Many people, including myself, believe that the relationship between badgers and Bovine Tuberculosis in cattle has not been proven beyond reasonable doubt. It is therefore vital that we do find the cause of the disease in cattle, and work to eradicate it.

I have raised the EDM  to highlight some of the questions that surround the issues of bTB in cattle, and also the badger culling practices that the UK government has implemented.

Further work is required and I would urge people to contact their MP and ask them to sign the EDM.  We need to have a genuine and insightful understanding of what it is that is causing bTB in cattle and we must understand that this dreadful disease is having a devastating effect in cattle herds and a devastating effect on farmers, particularly farmers in England and Wales.”

“I was delighted to support the Early Day Motion on badger culling. The Government is spending millions of pounds on a policy of indiscriminately killing badgers, despite the link between them and the spread of Bovine TB being tenuous at best. A wide range of animals carry the disease, from badgers and deer to domestic pets. If we were to take this policy to its logical conclusion, we would be randomly killing our cats and dogs just in case they wandered into a neighbour’s field full of cattle.

“Societies can be judged by the way they treat their animals, and this disregard for the welfare of the badger, which is among the most legally-protected wild animals in the UK, shows us in an extremely poor light. This policy is inefficient and unsustainable, and it should be stopped.”

We need as many MPs as possible questioning Cameron and Liz Truss about their decision making when it comes to the issue of bTB.  With nine counties now in the running for this year’s cull, we need as much opposition support as possible to stop it.