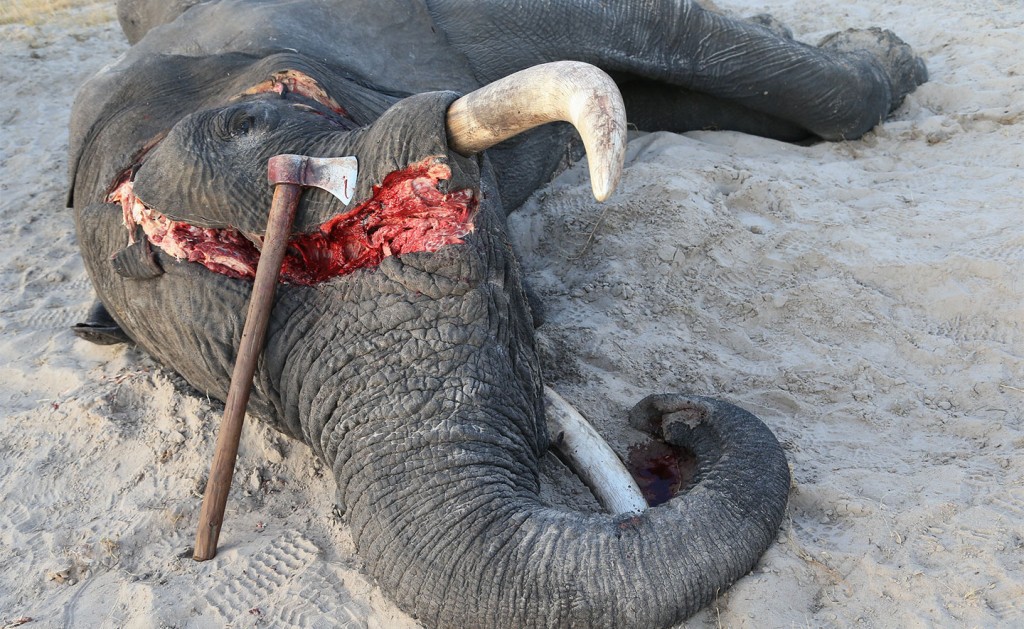 The United Kingdom was the world’s largest exporter of legal ivory between 2010 and 2015, records held by the Convention on International Trade in Endangered Species (Cites) has revealed.

Not only did the UK export more ivory than any other country to Hong Kong and China – which are considered ivory smuggling hubs – it also sold on 370% more ivory than the next highest exporter, the USA.

The new trade analysis will embarrass the British government, after a call by Foreign Secretary Boris Johnson for “an all-out ban” on ivory exports last month.

Mary Rice, executive director of the Environmental Investigations Agency which carried out the research, said: “UK ivory exports are stimulating consumer demand globally, especially in Hong Kong and China, two of the world’s largest markets for both legal and illegal ivory. “The UK Government should stop issuing permits for all ivory exports with immediate effect.”

Domestic ivory trading in China is due to be banned by the end of 2017, while the EU last month prohibited the export of “raw” ivory – whole tusks, ivory chunks or scraps.

International rules still allow Britain and other countries to legally export ivory when it is certified as having been “worked” or “carved” before 1976. And the UK government has dragged its heels over taking action, quietly dropping a 2015 manifesto pledge to “press for a total ban on ivory sales” in the summer election campaign earlier this year.

Antique ivory products manufactured before 1947 – such as billiard balls, piano keys and chess pieces – are also legal and do not need a certificate, providing their age can be established.

Campaigners say this creates a loophole, allowing ivory from the 30,000 elephants killed for their tusks each year, to enter the market.

“As well as fuelling demand for ivory, the UK’s legal trade provides opportunities for the laundering of illegal ivory, both within the country and internationally,” Rice said.

Liberal Democrat MEP Catherine Bearder, who has campaigned on the issue, said: “This huge amount of trade going through the UK shames us all. It creates and sustains a market that needs to be shut down.

“The government should recognise that this is crisis time for elephants. On our watch, we could see the extinction of the majority of elephants in most of their range countries. We have to stand up and say that this is not acceptable.”

A spokesperson for the Department for Environment, Food and Rural Affairs said: “Protecting elephants and ending the illegal ivory trade is a priority for us, which is why we have invested £26-million since 2014 to tackle this insidious industry. However, this is not the end of our ambition as we will continue our role as a global leader in the fight against the illegal ivory trade.”

Hopes for a move towards a total ban were buoyed by a parliamentary statement from the foreign secretary last month. Questioned about official policy on the trade, Boris Johnson said that the government was committed to an all-out ivory ban “and that is what we intend to pursue.”

However, some MEPs fear that a removal of EU regulatory oversight coupled with the prioritisation of trade issues after Brexit may obstruct conservation efforts.

“If the government has to go cap in hand to other countries for trade deals, I’m really concerned that we might start seeing a slip in standards,” Bearder said.

Between 2010 and 2012, the USA was the main destination for UK ivory imports but this changed dramatically between 2013 and 2015, as exports to Hong Kong and China surged ahead, the data breakdown shows.

Italy overtook Britain as the world’s largest single ivory seller in 2015, but the UK cumulatively consigned more ivory than the next four biggest exporting countries over the five-year period between 2010 and 2015.

Last month two tonnes of ivory were crushed in Central Park in New York. The US now has far stronger restrictions on the sale or resale of ivory than the UK.

You can let the British government know your views on the ivory trade by signing our petition here.

Conservation groups are shocked over the harrowing discovery of an estimated 7,000 dead Cape fur seals found along the Namibian coastline, many of them premature

Lean on Your Pets for a Dose of Happiness During Lockdown

The coronavirus pandemic has been stressful in so many ways, and there is still no end in sight. Use your beloved pets to ease anxiety