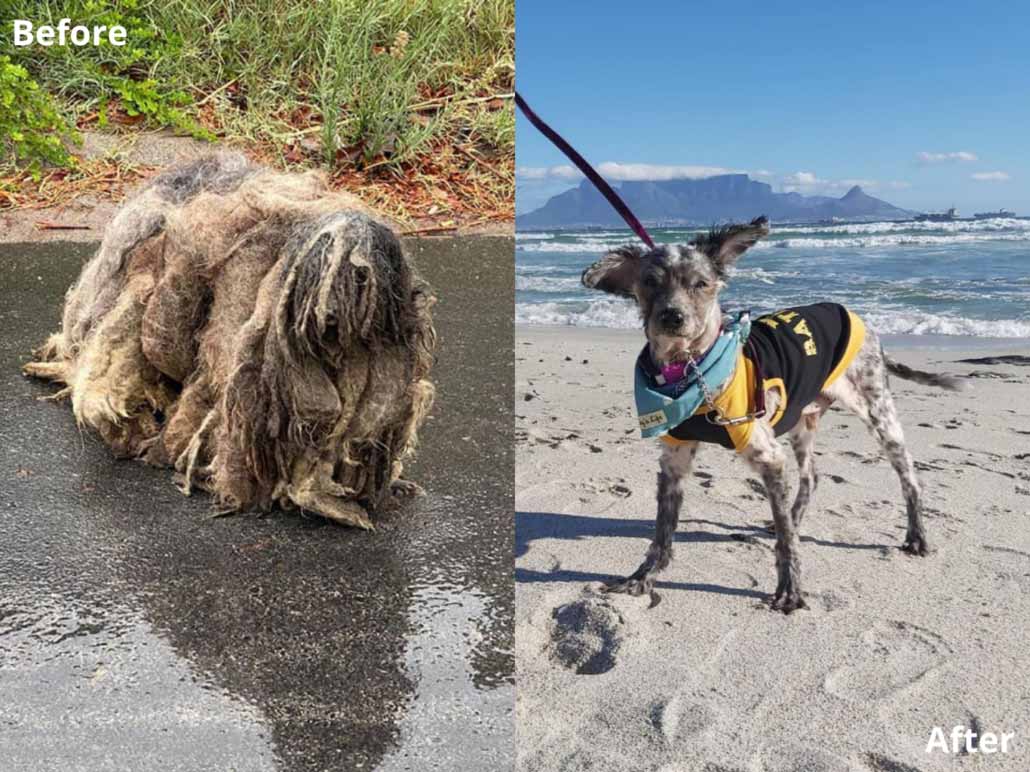 Remember the walking mass of hair that you helped us rescue with the help of our partner, Fallen Angels?

Wookiee, the dreadlocked dog, was found wandering the streets alone in the pouring rain in Cape Town, South Africa. His fur was so overgrown, matted and reeking of filth that at first, no one could recognize him as a dog!

Our team rushed to the rescue and took him to the vet where he immediately received the care needed.

Wookiee has found his happy home and true love!

One of the veterinary staff who helped Wookiee on the day of his rescue fell in love with him and took him home. Wookiee adores his new mom, Kushka Singh, and follows her wherever she goes.

Unfortunately, it was later discovered that Wookiee has malignant melanoma in his mouth, which he has since had surgically removed. Chemotherapy is not an option for him as it makes him ill, but he is receiving medication and pain management treatment to help him get through this temporary setback without too much discomfort.

We wish Kushka and Wookiee the best of luck for their future, and as Star Wars’ Hans Solo once said, “Chewie, we’re home.”