Vietnam continues to be a major centre of ivory trading

Vietnam’s illegal ivory markets are thriving, according to a new report by TRAFFIC, the wildlife trade monitoring network.

Over two surveys conducted between November 2016 and June 2017, TRAFFIC’s researchers found more than 10,000 ivory items being offered for sale across 852 physical outlets and 17 online platforms. This suggests that Vietnam’s ivory markets, one of the world’s largest, has persisted over the past few decades, the researchers say.

Physical retail markets may even be expanding in Vietnam, the authors of the report write, “as ivory was found in all locations surveyed, including for the first time in the cities of Da Nang and Vinh.”

Similarly, there was high turnover among sellers on social media sites, with many sellers no longer advertising ivory during the second survey, and several new ones emerging. The surveys also found a link between the physical and online ivory markets, with eight sellers found to be using both markets to sell ivory.

Ivory sales in four cities — Ha Long, Ban Don, Lak, and Nhi Khe — were likely directly tied to Chinese tourism, the report found. In these places, ivory items were offered mostly at souvenir outlets on popular tourist streets. Many outlets displayed Chinese characters for ivory on their billboards instead of translating them into Vietnamese or other languages, and ivory prices were quoted in foreign currencies such as Chinese yuan and U.S. dollar.

During the two surveys, the sellers that the researchers interviewed said the ivory originated from Vietnam. But with fewer than 100 wild elephants remaining in the country, the TRAFFIC team believes that the ivory likely came from African elephants, especially given that most ivory seized in Vietnam in recent years has come from countries that are home to the species.

The surveyors found that the sellers knew that selling ivory was illegal. But “it does not deter them from offering it openly for sale in Vietnam,” Sarah Ferguson, director of TRAFFIC in Vietnam, said. “Regulatory and enforcement efforts must catch up to the markets, or the Vietnamese illegal ivory market will remain one of the largest in the world.”

To tackle Vietnam’s ivory markets, the TRAFFIC team recommended closing legislative loopholes in legislation dealing with the trade in Asian and African elephants and their parts. They also suggested increasing capacity building for law enforcement officers to help them stay up-to-date on market trends and marketing tactics that sellers use to avoid detection; reducing consumer demand for ivory by improving understanding of the motivations and practices of those purchasing ivory, and implementing behaviour change communication campaigns; and conducting regular surveys that shed light on the changing nature of Vietnam’s ivory market.

“Until Vietnam takes decisive action against its persistent illegal ivory markets in line with its commitments under CITES [Convention on International Trade in Endangered Species of Wild Fauna and Flora], it will continue to undermine the international response to the elephant poaching crisis,” said Minh Nguyen, research and data management officer at TRAFFIC. 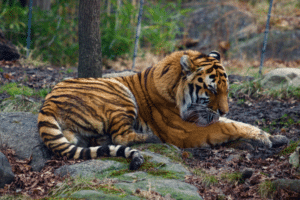 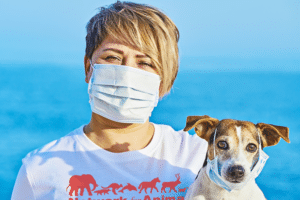