Donkey crawls on bloody stumps after monster severs back legs!

When we received horrific news from the poverty-stricken community of Bela Bela in northern South Africa, we couldn’t believe our ears. A monster had hacked off a donkey’s back legs.

The poor creature pulled herself along on bloody stumps until she collapsed and died.

According to Andrew Kekana an inspector with the SPCA: It appeared the donkey must have used its stumps to drag itself… soil and pieces of grass could be seen on the bloody stumps of her hind legs.

Can you imagine the excruciating pain she must have felt? Such unspeakable cruelty makes both of us feel physically ill.

It is so horrible that, at first, we couldn’t believe it was true. Then we saw photographs of that poor, pitiful creature, lying there with bloody stumps instead of legs. Our hearts broke.

It’s impossible to comprehend that any human could chop off a donkey’s legs. But that’s what happened. 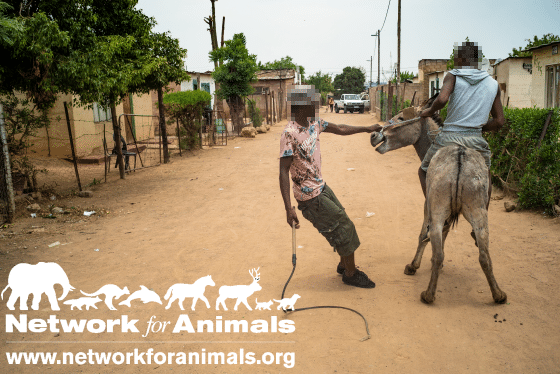 We immediately sent a team to investigate. The moment we arrived we knew we needed your help…

Bela Bela is a broken community, a sad place of poverty, despair, crime and drug addiction. It is taken for granted that donkeys work until they drop. They are forced to work as transport for long hours each day with little food and rest. When they get too weak to work, they die.

Poverty is an additional problem. Many owners are too poor to provide any kind of food, so the donkeys are malnourished, becoming ever thinner, until the inevitable end. The donkeys need food and they need it now.

As if this is not enough, the donkeys suffer terrible abuse, treated with callous cruelty as if they had no feelings at all, just a thing to use as transport until it wears out.

At least 100 donkeys are so abused; they need EMERGENCY HELP! 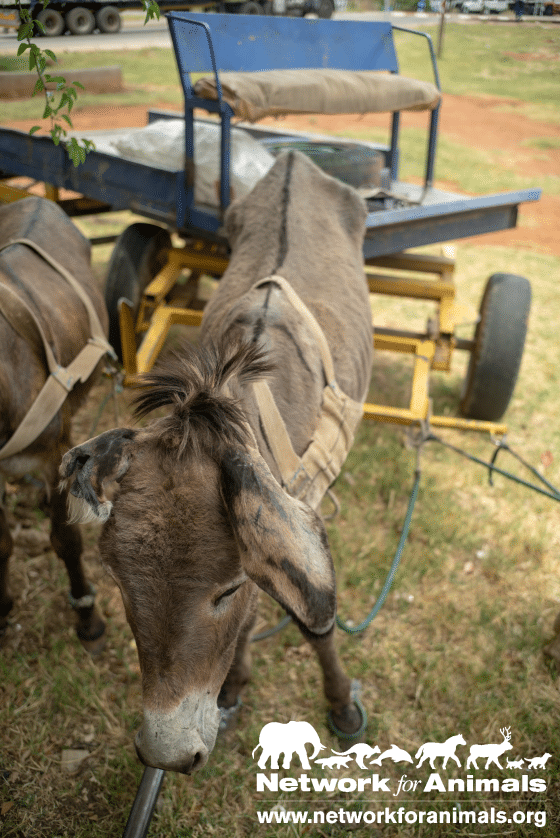 There are just so many heartbreaking situations. We acted at once – providing nourishing food for the hungry animals.

When we found Bela, she was still harnessed to a cart and too weak to move. When we lightly pressed her thin body, she almost collapsed.

When we gave the food to Bela, she was beyond delighted.

She took a few sniffs and then a small bite, and then her eyes lit up in sheer joy. We’d given Bela new hope, and that warmed our hearts.

We have promised to help feed donkeys in Bela Bela, raise public awareness about the massive problem, and to educate people about proper animal care.

Food is the immediate problem and any amount you can give will help feed hungry animals.

Please try to be generous. The donkeys are in desperate need and we need your help to feed them.

P.S. So far, we have not been able to track down the monster who hacked off the poor donkey’s legs, but we are still trying, and we promise we will bring him to justice if we can. We need an example to be set; such evil must be punished. Please donate now and together we will do the right thing.

Donkey crawls on bloody stumps after monster severs back legs!