An escalation of hell for the street dogs of Jordan

Animal welfare organization Network for Animals (NFA), and partner the Al-Rahmeh Association for Animals, say they continue to witness staggering scenes in Jordan: chained dogs being beaten; poor creatures hung from fences or metal barricades; deceased puppies’ skins scattered in the refuse around factories. The worsening situation is linked to the influx of workers from […]

Animal welfare organization Network for Animals (NFA) has uncovered a new, rising trend of appalling treatment, torture and killing of dogs in Jordan, in the Middle East. Chinese guest workers are torturing and cooking street dogs, which are caught and delivered to them by local factory workers. “Last year NFA lobbied the Jordanian government to […]

Jordan is STILL KILLING EVERY STREET DOG IN JORDAN

Last week, the religious leader of Jordan issued a fatwa – an instruction to kill every street dog in the country. Thousands of dogs have been killed by gunmen with automatic weapons and more are dying each day. In response to enormous pressure from our supporters, the government of Jordan has now ended the programme […]

JORDAN IS KILLING EVERY STREET DOG IN THE COUNTRY 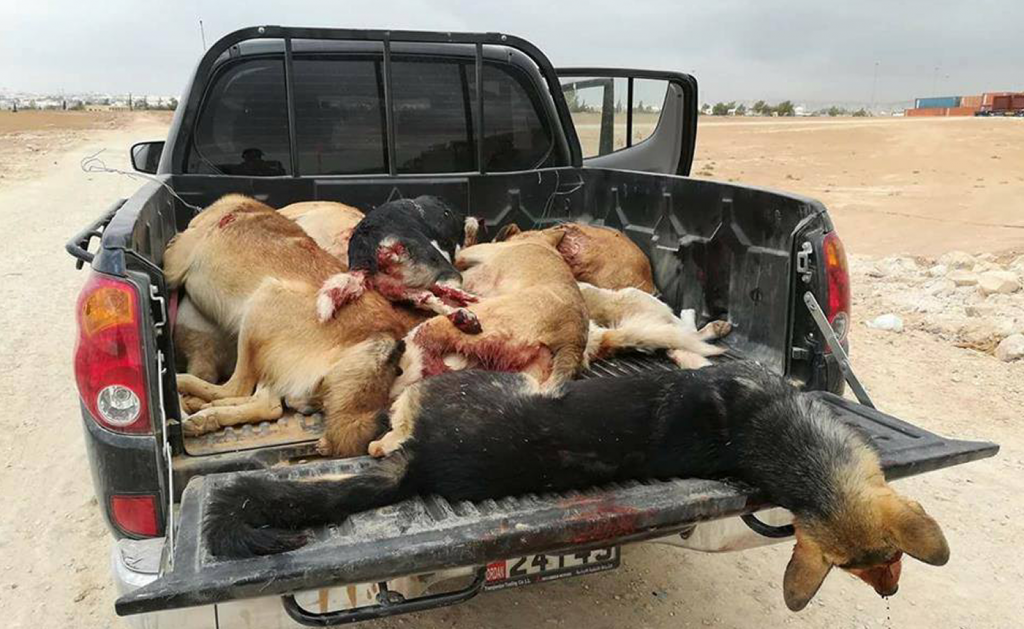 Network for Animals (NFA) calls upon the government of Jordan to immediately end the unprecedented massacre of dogs that is seeking to exterminate every street dog in the country. Dogs are being hunted down and shot because the country’s religious leader has declared a holy war on dogs. Jordan’s Grand Mufti, Dr. Mohammad Al-Khalaileh, issued […]