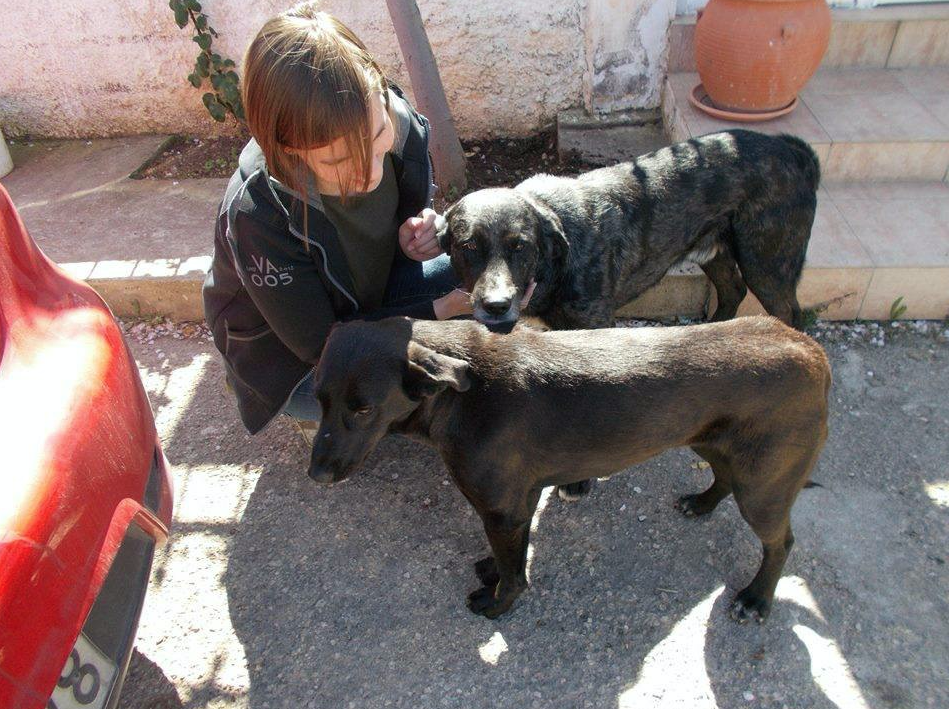 “My name is Lonie. All my past life I’ve loved animals, cared for their wellbeing, followed news from around the world about animals and the environment. I remember being a supporter of Greenpeace when I was just a little girl, drawing the Rainbow Warrior’s rainbow everywhere! I even made sort of a news bulletin with stories about animals and rescue projects for a short while. Wanted the world to know how much the environment and the animals needed us.

Up until February I had done some volunteer work with shelters here in the Netherlands, but mostly I signed online petitions, donated and followed the stories. I had been subscribed to the Network for Animals newsletter for a while when I received one that said: “One million hungry dogs need you”. I read the story prepared to donate, but then I read about the Greek team needing volunteers. That’s when my heart skipped a beat: I would love to go abroad and see what work this organization did!

I contacted Network for Animals by telephone and left my e-mail address. Just a few weeks later I travelled, well prepared, my suitcase filled with goodies for the strays that I would meet.

On a Saturday morning I was welcomed by one of the Ghost Dogs of Aspropyrgos team members, and I must say that I was surprised to see that there were only about 15 persons present. It is not a big organisation, they have a definite shortage of volunteers! We split up into small groups, two or three persons per car, food and medication in the back. Each team had its own route, its own dogs to care for.

I was not prepared for what we came across that day. We saw many dogs, some of them happy and well nourished, others shy or scared and skinny. The very first one that we saw was a very young dog, about 9 months old. The team had not met him before. He came out of nowhere, like an actual Ghost Dog. He was in a terrible state: skinny, limping, bald patches all over his body. We decided to take this dog with us so that it could be cared for. That day, we took another 2 dogs to a clinic, these dogs were in such bad shape that they needed urgent attention. One female dog (I got to name her, I named her Ella), was noticed by the team the week before, we saw her that Saturday. She was extremely skinny and had mange, but at that moment she was well enough to fend for herself so we fed her and had to leave her on her spot. The team would look for her the next week. The shortage of funds makes it impossible for the team to take every dog in need off the streets. I found it heartbreaking to leave her behind.

These few days with the volunteers and the animals were very intense, in a beautiful way and in a heartbreaking way. Sharing this love for the animals bonds, and I can honestly say that I not only fell in love with the dogs, but also with the people I met.

The dogs have not left my mind since, and although I have been back in Holland for a while now, I try to help the team as much as I can from here. Raising funds, trying to home the dogs that have been rescued. I hope to visit again in September, taking two of my best friends with me to share this experience and to help out wherever we can. This trip is one of the most impressive and precious trips I ever made.

The picture below shows Ella, unfortunately she died shortly after she was taken to the clinic by the volunteers the week after my visit. I cried for her, I wish we could have saved her. I hope you will consider helping these dogs, they really need our help!!”

If you would like to volunteer, like Lonie, please get in touch. The volunteers and the ghost dogs in Aspropyrgos would love your help.