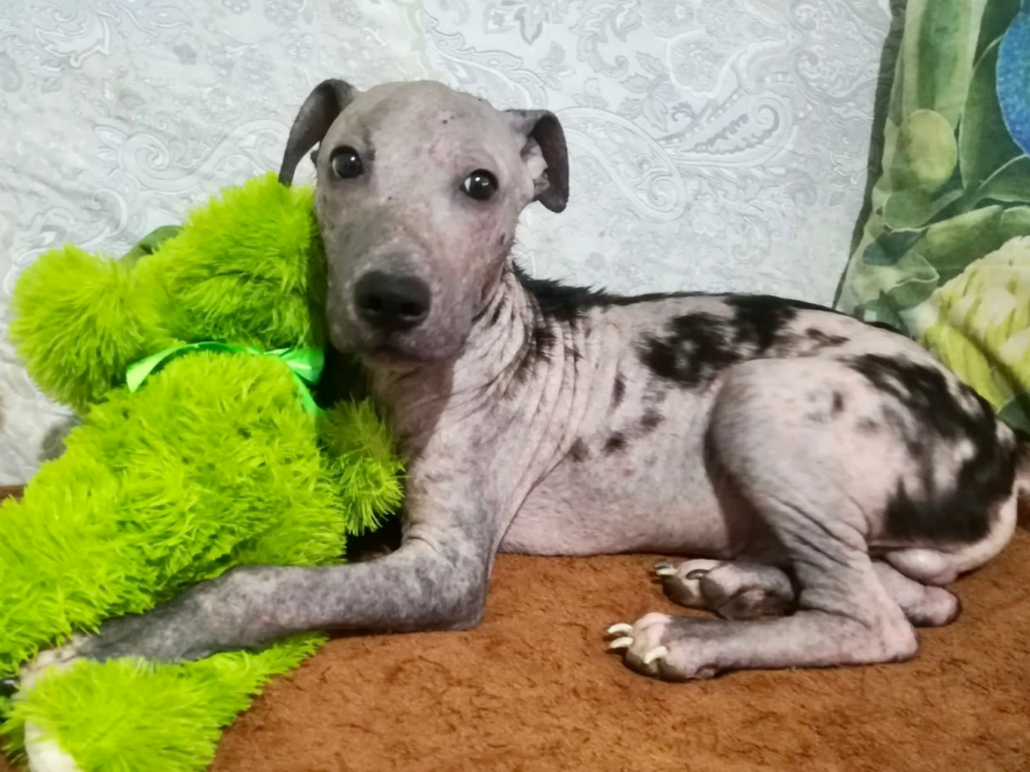 There’s good news about Pawcasso, the South African street dog left to bake and die in the harsh African sun. Pawcasso had a bad case of mange and had been thrown away, with no food or water, and left to suffer.

Pawcasso lived in a slum called Atlantis, where people are poor and very few care about animals. We will never know who owned this poor eight-month-old puppy, but when we found him, he was so badly sunburnt that in places his fur was gone and his skin was raw, cracked and bleeding. He had given up the will to live and crawled into an empty box to die. With our partner Fallen Angels, we rescued him and, thanks to donations from our supporters, saved his life! 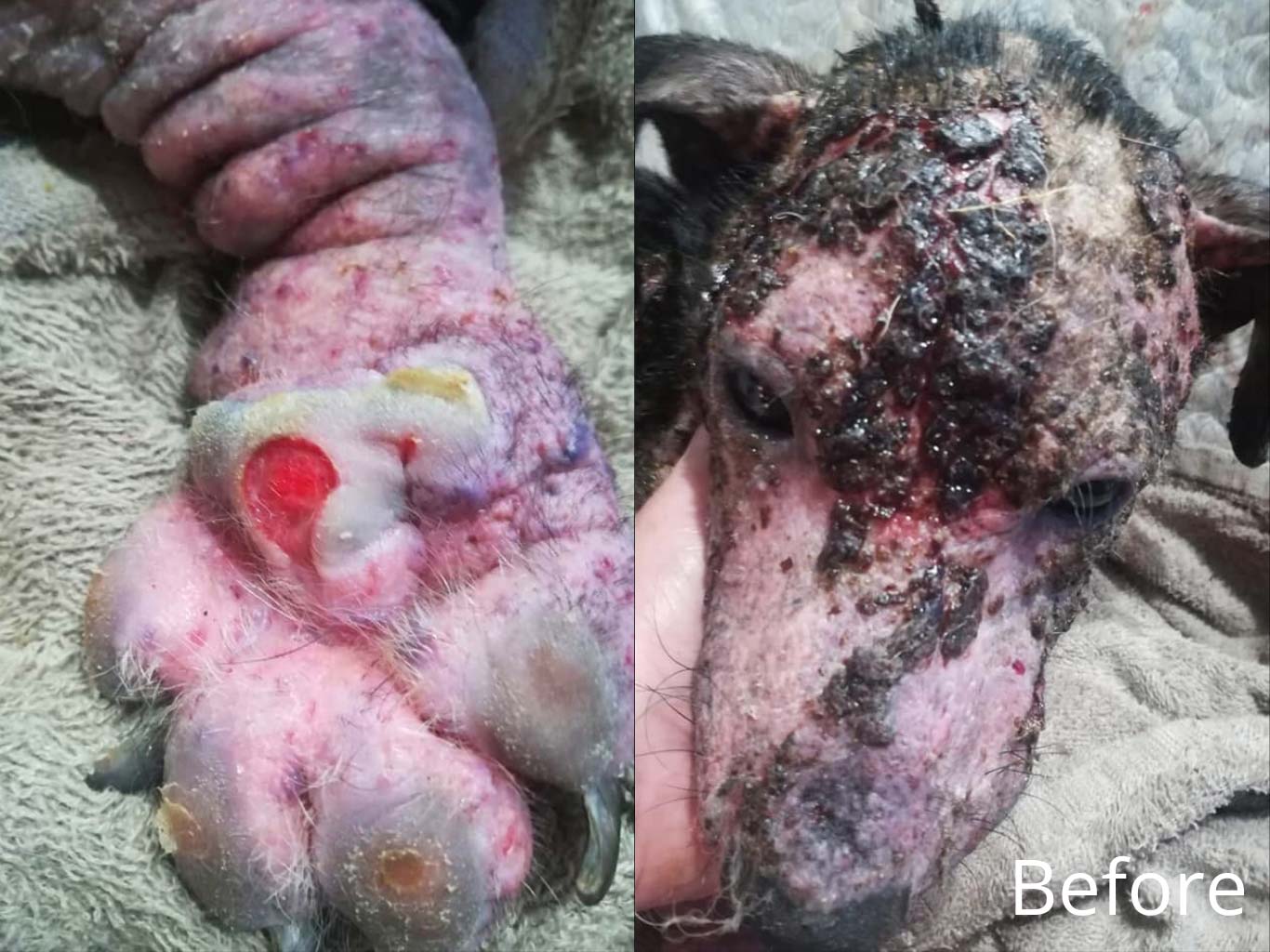 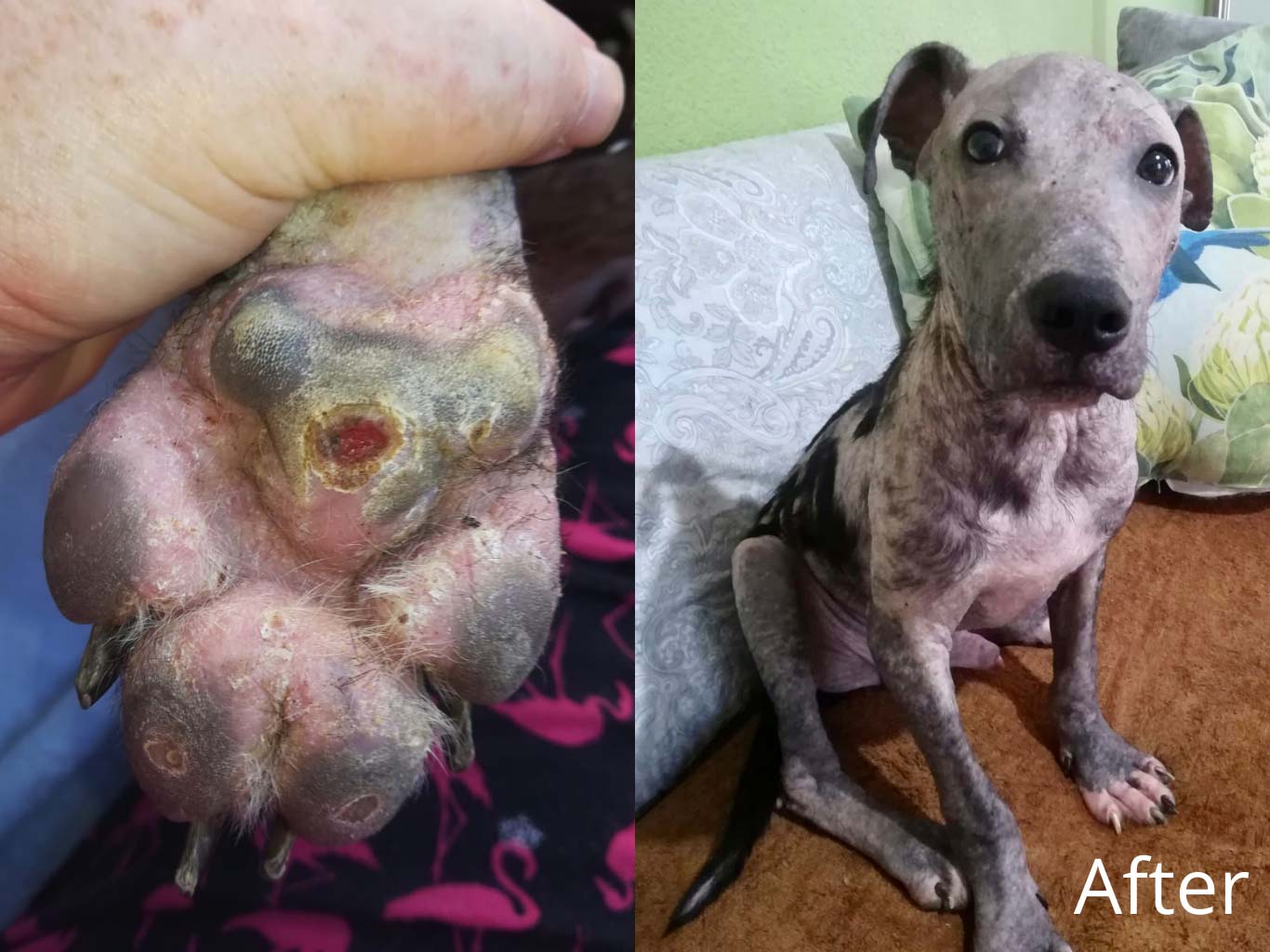 Pawcasso has youth on his side, speeding up his recovery. He is also blessed with a nice nature and gets on well with the other dogs at the Fallen Angels shelter. Staff say he’s a happy guy who loves affection. He’s so bouncy, it’s hard to reconcile his present demeanor with the defeated and dying dog we rescued.

Once Pawcasso’s treatment is complete and he is fully recovered, Fallen Angels will try and find him a forever home. 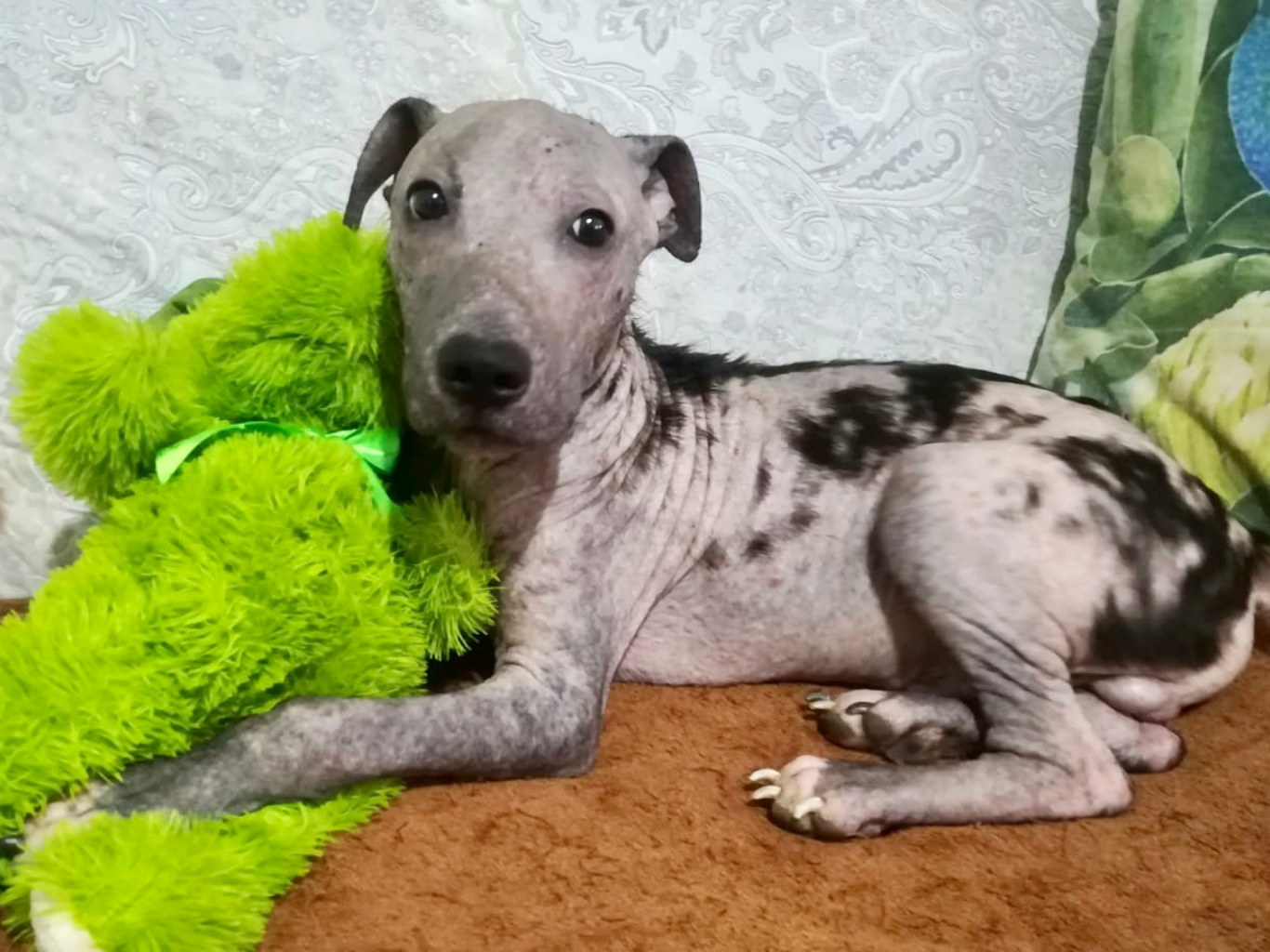 There are 360 dogs living at Fallen Angels and, thanks to your donations, they all eat well, get good medical care and regular walks, but there is no substitute for a loving forever home, so let’s hope there’s one in Pawcasso’s future.

Network for Animals (NFA) helps care for every dog at Fallen Angels, and we can only do that with you at our side. If you possibly can, please donate today.

We are happy to share the heart-warming story of Sammi the dog’s rescue. From living in a makeshift doghouse in the freezing cold to tail

The things we see are often heartbreaking, but the victories along the way make it all worth it. We are delighted to share that Duke,

It’s been a busy month of lifesaving love, hardworking advocacy and tireless rescue here at Network for Animals. And none of it could have happened

Great News From Israel: Alfie The Donkey Is Making A Remarkable Recovery

We have great news from Israel! Alfie, the pregnant donkey who lost her leg to a bear trap, is making a remarkable recovery. Thanks to