Dr. Sidney Holt, a distinguished scientist whose massive contribution to the fight to protect the Great Whales changed the way the world thought about whales, has died at the age of 93. Sidney worked with our founders, Brian and Gloria Davies, to bring about an international whaling ban.

We were deeply saddened to learn that Dr. Sidney Holt passed away peacefully after a long illness in Paciano, Italy, on December 22. Sidney was a close friend and a champion for animals, particularly the Great Whales. He would have celebrated his 94th birthday in February.

We have known and worked with Sidney since 1978. His passing leaves a great void in the world of animal welfare and conservation and to all those who knew him, but even more importantly, to the animals he devoted his life to helping.

Sidney rose to prominence at a young age after co-publishing the book On the Dynamics of Exploited Fish Populations with Ray Beverton in 1957. Sixty-three years later, the work remains a cornerstone of fisheries science.

For 25 years, Sidney served in several capacities with the Food and Agriculture Organization (FAO) and other United Nation agencies. Among multiple postings he was Director of the Fisheries Resources and Operations Division of FAO in Rome, Secretary of the Intergovernmental Oceanographic Commission (IOC) and Director of UNESCO’s Marine Sciences Division in Paris.

Sidney retired from the United Nations in 1979 but he never slowed down; in fact, he went into overdrive, focusing his work on the conservation and protection of the Great Whales.

For more than a quarter of a century, he was integrally associated with the International Whaling Commission (IWC). He was a member of the IWC’s Committee of Three scientists, on the Republic of Seychelles delegation to the IWC from 1979-1987 and an adviser to the IWC delegations of Italy and Chile.

Of note (and unknown to many) was the impact of Sidney’s role with the esteemed IWC Committee of Three (precursor to the Scientific Committee). The group analyzed whaling data to underpin proposals for annual quotas. Issued in 1961, the report was the IWC’s initial effort to establish catch limits that would enable whaling while allowing whale populations to increase.

Also largely unknown was Sidney’s contribution to the moratorium on commercial whaling in 1986 and his vital behind-the-scenes work with the Government of France, and others, which in 1994 resulted in the entire Southern Sanctuary being declared as a sanctuary for whales. His work was also critical to the IWC’s 1979 moratorium on whaling in the Indian Ocean.

For 30 years, Sidney was associated with Greenpeace. He served briefly as executive director of its UK office. He founded its Italian branch. He was a member of the advisory board of the Sea Shepherd Conservation Society. For many years, he served as scientific advisor to the International Fund for Animal Welfare. He provided a similar role for Network for Animals.

Among many honors, Sidney received the Gold Medal of the World Wildlife Fund (WWF), the Royal Netherlands Golden Ark, the Global 500 Award of the United Nations Environment Program (UNEP) and The Blue Planet Award of IFAW – all for contributions to the protection of marine mammals, to animal welfare and to fisheries science. He held professorial chairs at several universities and was a fellow at St John’s College, Cambridge. He authored or co-authored more than 200 academic papers on whaling and fisheries management.

Ray Beverton once described Sidney as the man who “saved the great whales in the 1970s.” In later years the Washington Post’s Kieran Mulvaney recognized him as the “gray eminence of what might be called the ‘Save the Whales’ movement.” Marine biologists around the world know him as the Father of Fisheries Theory.

We remember him as a genius, one of the most accomplished and effective marine biologists in history, an intrepid crusader for all sentient beings and one of the kindest souls imaginable.

We will miss him dearly.

The animals have lost one of their greatest friends. 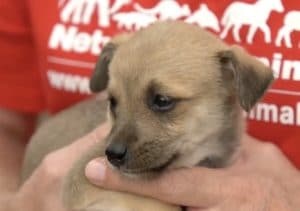 A coronavirus message from our executive director

Researchers have dismissed theories that the coronavirus can be transmitted from dogs to humans. This, after a genetic analysis conducted at the University of Hong 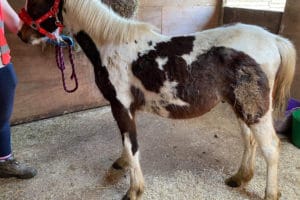 Rest In Peace, Laurel. Sad news from England is that one of the four abused ponies you helped us save has died. When he was

Pelusa was saved from the streets of Montevideo in Uruguay, when the A.P.A. El Refugio shelter rescued her and provided her with a safe home.