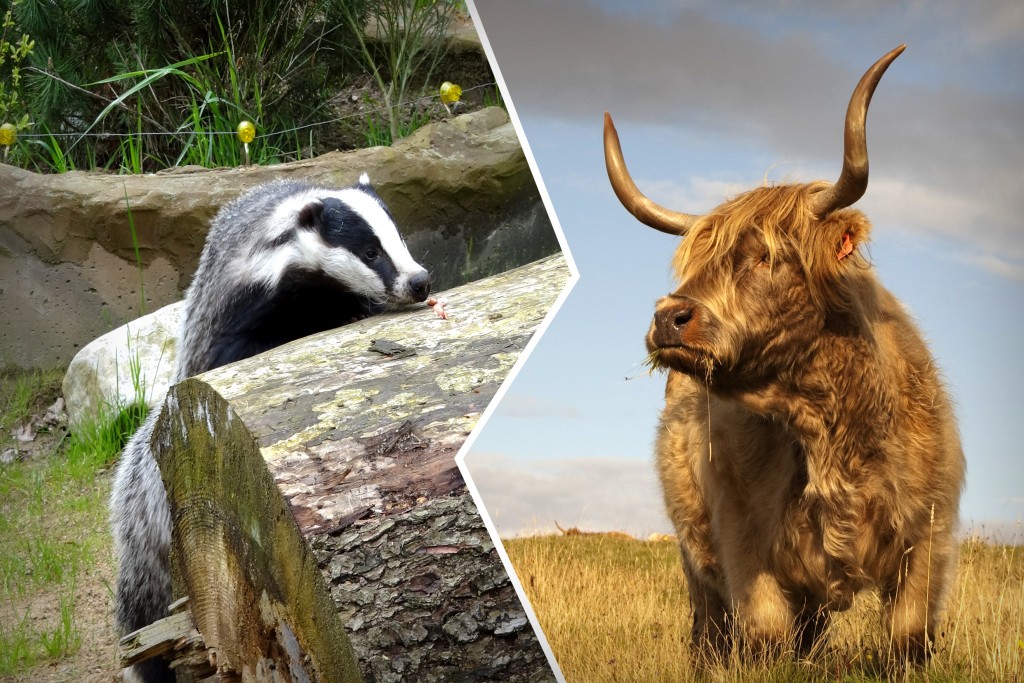 The British Government appear convinced that badger culling is the priority to deal with the ever growing bovine tuberculosis (bTB) crisis in cattle. However, as far back as 1997, after years of tax-payer funded, government research, eminent scientist Lord Krebs stated that:

“The best prospect for control of TB in the British herd is to develop a cattle vaccination.”

Eighteen years later, Network for Animals is trying to understand what is still standing in the way of UK cattle being inoculated against bTB, a disease which sees thousands of cattle slaughtered every year, and is destroying the lives and livelihoods of farmers across the country?

At present, the only licensed vaccine for bTB is Bacillus Calmette-Guerin (BCG). It is inexpensive and deemed safe for cattle and humans, indeed you probably have a small mark on your arm from this inoculation. However under current EU trade rules, vaccination with BCG would make it impossible to trade live cattle, and cattle products, such as milk and cheese because the BCG can interfere with the primary diagnostic bTB test. This is because current bTB test results can’t differentiate between a cow that has TB, and one that has been vaccinated.

The primary test for bTB is called The Single Intradermal Comparative Cervical Tuberculin (SICCT) test and has been used for over fifty years. It is currently claimed to be the most reliable test for live cattle, however it has raised concerns and problems amongst farmers. The test can create ‘false positives’ in vaccinated, but uninfected cattle.

In 2014, 31,700 cattle were slaughtered in Britain after testing positive to the SICTT test. It is a worry that many of these will have tested false positive. Furthermore cattle who test inconclusively on two occasions must be slaughtered. Following a positive test, or two inconclusives, the farmers entire herd loses OFT status (Officially TB Free), and testing then becomes every 60 days, with movement restrictions placed on the cattle.  A situation with a huge impact on the farm.

Each test involves two visits by a veterinarian which is time-consuming, and presents significant health and safety risks for those involved. Farmers can be injured, and one Welsh farmer has died trying to carry the tests out.

In addition to the SICCT test, DEFRA stand behind a parallel blood test, the Gamma Interferon test (gIFN), which is less specific than the SICCT, and contentious.

The human impact of testing

A report funded by The Farming Crisis Network revealed the devastating impact bTB has on the farming community, with farmers giving statements such as this:

“I feel there is a constant dark cloud of uncertainty over me, causing stress, anxiety and fear. I feel weary, mentally and physically which results in pain in my body.”

In addition the report reveals the levels of frustration many farmers are experiencing towards the government’s current handling of the bTB crisis.

It is understandable that given the furore with the current testing regimes for bTB in cattle, the idea of vaccinating cattle against bTB at present might only add to farmers’ already considerable amount of stress and uncertainty. No farmer is going to want an increased likelihood of some of their herd testing positive or inconclusive, because they have had their cattle vaccinated against the very disease that is destroying their livelihoods.  This perhaps explains why farmers aren’t making more noise about the progress of the bTB vaccine implementation. They already have so much to deal with at present, and it is clear that testing regimes have to be improved before the focus can move to vaccination.

What is the solution?

DEFRA has responded to the EU trade issue of the BCG interfering with the SICCT test results, by funding research into tests which will differentiate between an infected and a vaccinated animal. These are known as DIVA tests (Differentiation of Infected and Vaccinated Animals).

DEFRA is aware that the development of an accurate DIVA test will be a step in the right direction in getting EU approval to trade vaccinated cattle. In 2012, they invested £3,301,040 of taxpayer’s money specifically into DIVA test development. However, according to the DEFRA 25 year bTB plan, which is often cited by Environment Secretary Liz Truss, it will be 2023 at the earliest before “possible deployment of authorised cattle TB vaccinations with intra-EU trade”

DEFRA estimated that it would spend £24.6 million between April 2010 and March 2015 on its research into the development of badger and cattle vaccines to combat bovine TB. However we are a long way off cattle vaccination for bTB in the UK, and there are surprisingly few people putting pressure on the government to speed things up. Meanwhile, more than £15 million has been spent culling badgers.

One might think that the National Farmers Union (NFU) would be putting the most pressure on the government, considering the immense suffering (emotional and financial) that farmers have endured as a result of the bTB crisis. However in their 2013 written evidence submitted to DEFRA, whilst saying “the NFU is keen to see a cattle vaccine brought to the market at soon as possible” they were far more concerned with the further culling of badgers. This is surprising given the devastating financial consequences that bTB has inflicted on farmers in recent years.

2015 has now been and gone, with no further information about these trials being mentioned by DEFRA, nor answers appearing to be sought by the NFU, who are known for putting pressure on DEFRA and indeed the EU to meet their demands. NFU’s 2015 Election Manifesto made no specific mention of vaccine and DIVA test development, or the EU legislation which has been stalling development and field trials.

It is highly unlikely that cattle vaccination for bTB, the single prospect which eminent scientist Lord Krebs stated was “the best prospect for control of TB in the British herd”, will be on the table by 2023. In the meantime, bTB rates are increasing, and cattle are suffering terrible deaths, with some being slaughtered needlessly due to inconclusive testing measures.

It is little wonder that farmers are becoming increasingly stressed, out of pocket and disenfranchised. It would seem nobody is truly fighting their corner. Powerful fingers are too busy pointing at badgers.

Are you looking for ways to build a better relationship with your dog? Research has found that the best way to gain your pooch’s love