Strong Nets Save Seals – So Why Isn’t Everyone Using Them? 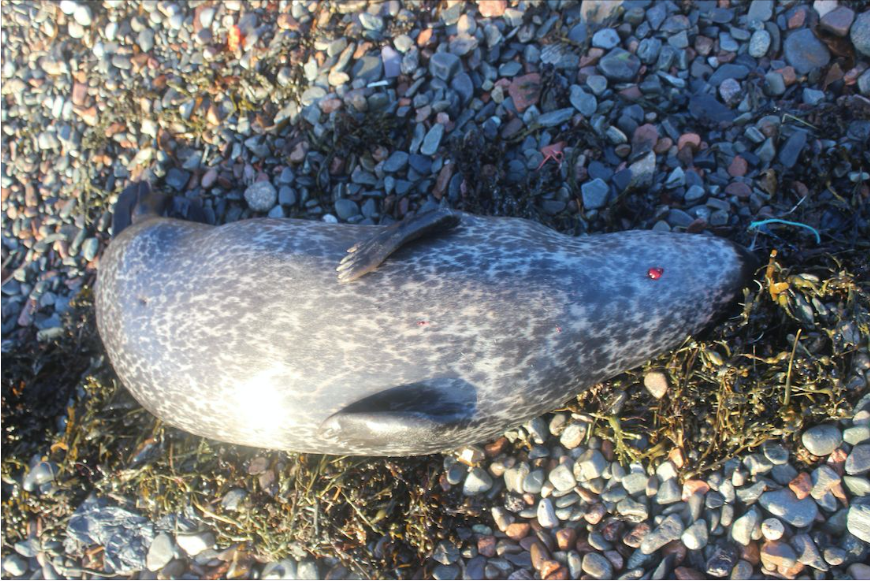 Network for Animals has always fought for the rights of seals. Our founder Brian Davies campaigned fiercely against the legal killing of seals in Canada, winning a historic victory in 1987, when as a result of his campaign, a ban on the killing of whitecoats was enforced by the Canadian government.

Today, we take our fight to save seals across the atlantic to the coast of the UK, where the government also allow seals to be killed. Like Canada, it is all in the name of fish.

British salmon farmers are, by law, allowed to shoot seals to ‘protect’ their farmed fish stocks.

However, before shooting seals, farmers should prove that they have good fishing practices, which include having strong nets that won’t allow seals in, to catch their farmed fish. Although shooting seals should be a last resort, there’s nobody around to enforce or monitor this rule. So, while bullets are cheaper than strong fishing nets, seals continue to be killed for the sake of farmed fish. The photo above this article shows a seal who was washed up on a beach, who had been shot (photo courtesy of Hillswick Wildlife Sanctuary).

Hundreds of seals have been killed for the sake of farmed salmon.

However, one farmed fish company has been changing the way they farm their fish. Grieg Seafood (a farmed fish company specialising in Atlantic salmon) have recently installed strong anti – predatory nets and in doing so, have drastically reduced their killing of seals. To find out more, we spoke to Grieg Seafarm’s regional director Sigurd Petterson. Greig told us that since installing strong anti-predator nets, fish farmers have reduced the number of seals they kill. Although the company admit that they installed the nets to protect their fish, and profits, they are happy to note the decreased numbers of seals being killed as a result.

Network for Animals are left wondering, why other companies are not doing the same?

Grieg Seafood have shown that anti-predator nets work. They protect seals from being shot and being left to die in the water. They prevent dead seals from washing up on our beaches. Strong nets save our seals.

To find out more and to further our campaign, we call on you, our supporters to ask your supermarkets where their fish comes from.

What does your local supermarket know about the salmon it sells? Ask them and let us know. What farms are your salmon sourced from? Do they use nets or bullets? How many seals have been shot by the farm, or their contractor in the last year, and in the 10 years previously? Even if you don’t eat fish, please do ask these questions. Creating change in industrial animal welfare practices begins with awareness: Ask questions, demand answers. Let’s speak up for seals together.