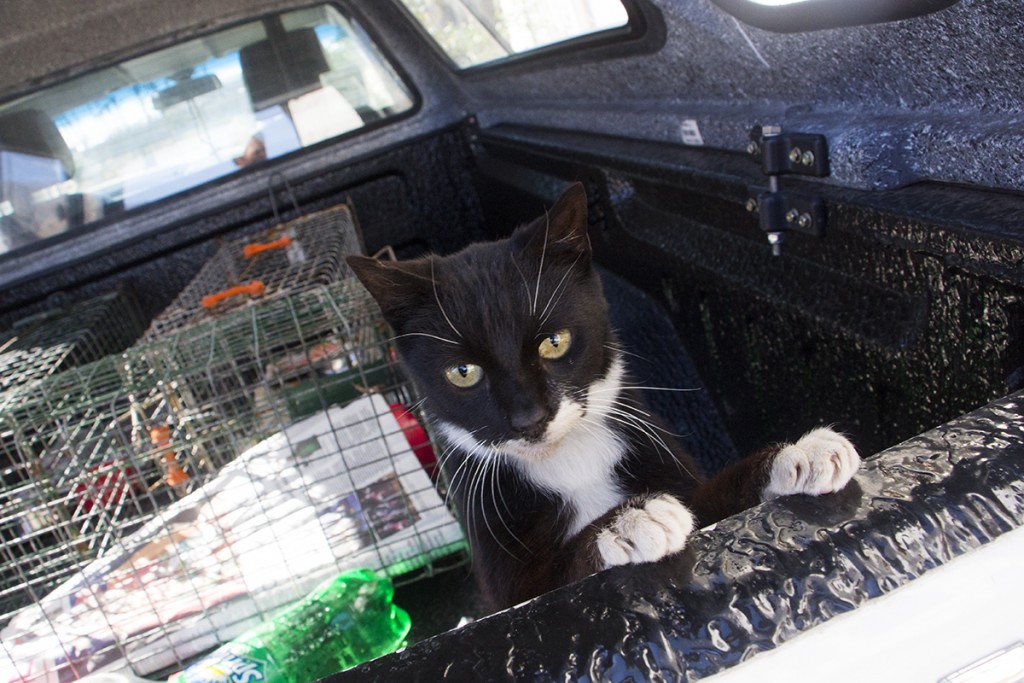 Where industry meets wildlife, there is often only one survivor. In the case of feral wildcats, struggling to survive in an expanding South African urban sprawn, life is particularly difficult. For decades, businesses have cited health risks, disruption and the danger of population explosion as acceptable excuses for mass poisoning feral cats… Until a lady with a plan and a heart of gold stepped in.

It has taken June Bradbury – an intensive care nurse – fourteen years of tireless work, but she has now persuaded businesses in one sprawling industrial area of Cape Town to stop poisoning, and accept that there are benefits to having a wild cat colony nearby.

June’s tiny organisation, the ‘Cat Trapping Sterilisation Network’ humanely traps cats when contacted by local businesses, and whisks them away to a vet who sterilises them, and administers any medical help the cats need. After treatment June returns the cats to their familiar territory, where they may still raid the occasional bin, but June will have talked the business owners through minimising their impact.

“More and more businesses are agreeing to live and let live,” she says. “The cats are happy and productive partners because they keep pests under control. It’s a long process of education but we are slowly winning and that’s because workers dislike poisoning and often urge the managers to find another solution.”
Jackie Steyl, who works for DairyBelle, explains how June has helped with the feral cats that live near the dairy company’s factory:

“The workers here asked management if we could try sterilisation because they become fond of the cats and dislike the thought of poisioning them. Management are people too and they support the programme. It works very well and both the people and cats are happy,” says Jackie.

South Africa’s feral cats look like domestic pets but they are, behaviourally, very different. They are wild animals who shun human contact and are fiercely independent. In addition to being seriously sceptical about the human race they are not known for their sweet dispositions.

In the more rural parts of the country feral cats live on mice, rats, birds and small mammals and rarely come into contact with humans; for example, in South Africa’s famed Kruger National Park, they can be found holding down a niche alongside lions, leopards and the long-established African wild cat.

June’s biggest problem is money. “Businesses don’t give because its hard for the people at head office to get their heads around the idea that wild cats are part of South Africa’s urban heritage and that knee-jerk reactions like poisoning don’t work. It’s usually ordinary people who ask their bosses to let me try and solve the problem humanely. More and more they agree to do so, but they refuse to put their hands in their pockets to help me.” She says.

June now sterilises up to 60 cats a month and is struggling to cope with the financial demands and the demands on her time.

“We have a list of vets who sterilise very cheaply and I am helped by volunteers. If I can get financial support to expand the programme there are areas where I am sure we can achieve a stable, mutually beneficial solution for hard-nosed business people and wild cats alike.”

Network for Animals are keen supporters of grassroots initiatives like June’s, which show the difference that even the commitment and communication of a single person can make.