The Horror of Organized Horse Fighting 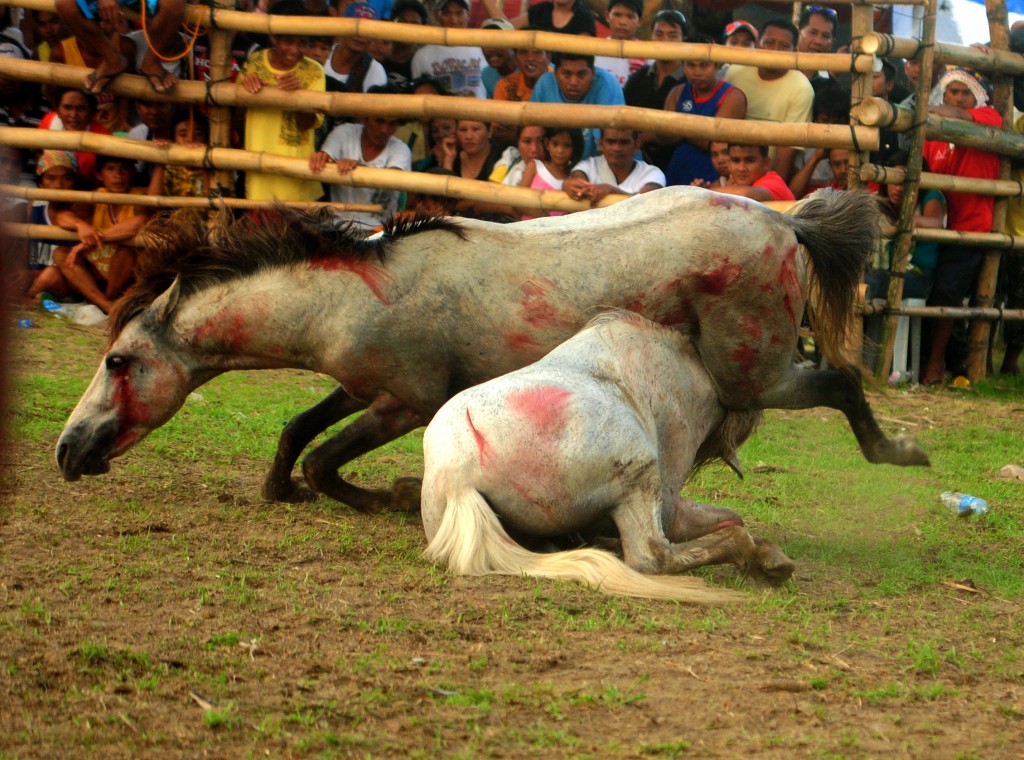 In the last few months network for Animals have run stalls at animal fairs around the UK (hello if we met you there!). We’ve loved meeting new supporters and sharing news about our work. During our travels we found that one of the most common questions we were asked is:

“What is Organized Horse Fighting?”

Organized Horse Fighting is a brutal blood sport involving horses, incited to fight each other. It is comparable to bullfighting in the level of cruelty and pain it inflicts on the beautiful and defenceless animals forced to be involved.

One horse, a female, is roughly tied up in the centre of a stadium. Screaming crowds pay to watch her be bound by rope around her nose. She will be tied up like this for hours. Two male horses are then pushed into the stadium to fight over her.

The two male horses will be provoked into battle, and will spend hours kicking, biting, and striking each other. The winning horse will finally mount the female, and the remaining horse will be left, bleeding and in pain on the stadium ground. Gouges, gashes and broken limbs sustained during fights are serious and can be fatal.

The female horse will not only be tied up in the hot sun all day, but will be raped between 24 and 72 times at each horse fighting derby.

This so called sport is localized in Mindanao, the southern islands of the Philippines, and fights typically take place around the time of religious holidays. The tournaments are promoted as “cultural tradition”, but in fact they are mostly organised by crime syndicates. Thousands of pesos are bet on each fight and eventual profits for organizers are around 500,000 pesos ($10,500/£7,000/€10,000). This is a lot of money in poor countries such as the Philippines.

We know this is hard to hear, but there is a glimmer of hope. Network for Animals with the support of kind individuals like yourself have enabled our team to create regular veterinary events, where local horses are treated, and their owners encouraged not to take part in horse fighting.

Veterinary services for horses in the Philippines are very basic and often too expensive for impoverished local farmers who enter their horses in tournaments. By providing free clinics, we are working on the ground – slowly but surely, to save the beautiful horses of the Philippines.

Our brave team have gained undercover footage, which has helped us spread the message of cruelty to the rest of the world, and we have generated victories in areas such as Bukidnon, where our lobbying has succeeded in getting Organized Horse Fighting banned by local mayors and governors.

We hope this helps some of our new supporters understand the nature of Organized Horse Fighting. We hope you also know that Network for Animals will continue to fight for horses until this incredibly cruel, merciless, and barbaric blood sport is over for good.

If you are horrified by the cruelty, please sign our petition to President Aquino, asking him to end Organized Horse Fighting forever.