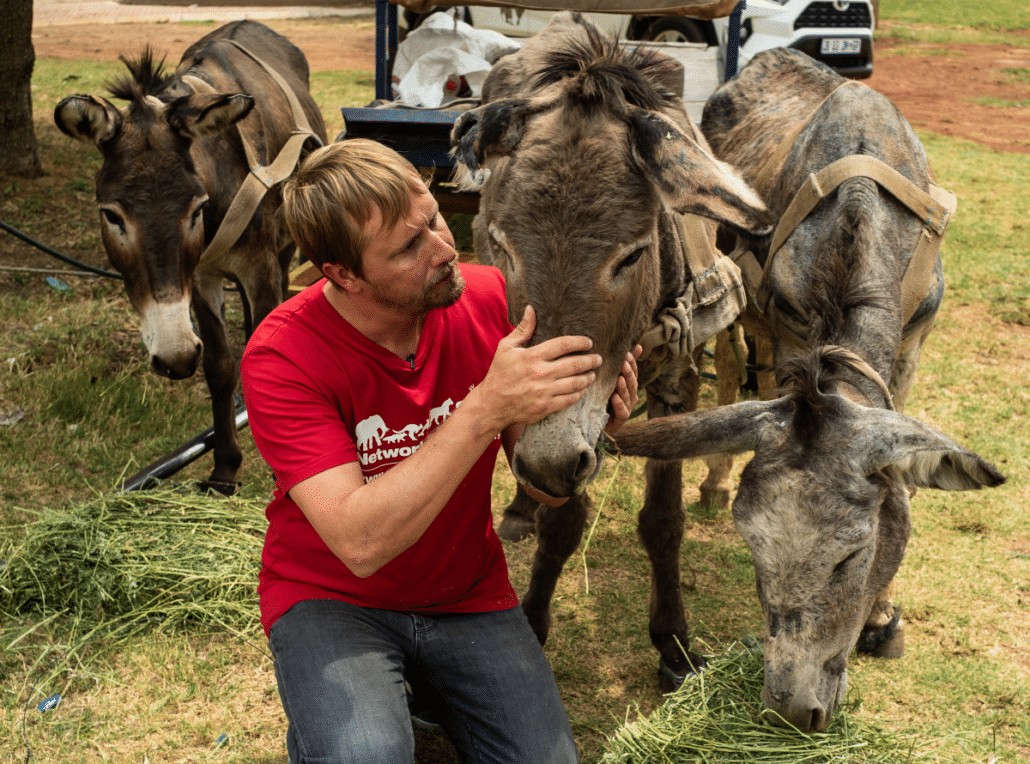 We resumed our work in South Africa’s poverty-stricken Hillview township, in Cape Town. For three months, the army wouldn’t let us go there because it was too dangerous. In February, they allowed us to go in with armed guards and a police escort. Within an hour, we had filled two rescue vans with suffering creatures. All were taken to the TEARS shelter (The Emma Animal Rescue Society) we financially support, where they are receiving loving care.

We recently uncovered a terrible situation in South Africa’s Bela Bela township where donkeys are considered throw-away items. Owners work them until they drop and then they get a new one. We are providing emergency food relief for the donkeys and teaching people basic animal care – explaining that regular food and water is vital to keep a donkey healthy. 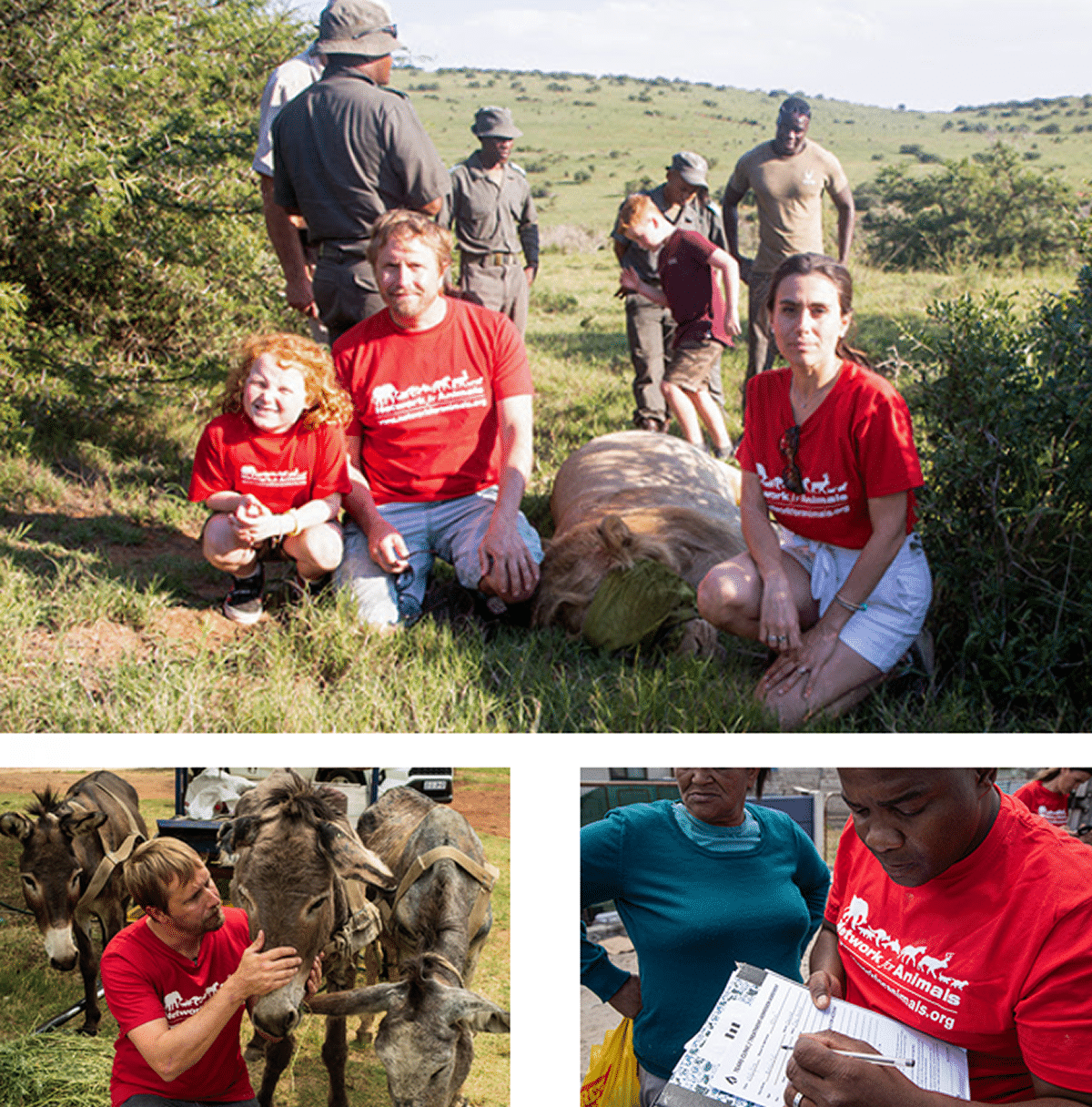 Lions are dying out so fast in Africa, their gene pool is threatened. We helped move three lions from South Africa’s Addo Elephant National Park 1,000 miles north to the Madikwe Game Reserve to ensure that new blood is introduced to a lion population becoming inbred.

On the Greek island of Kefalonia, a serial killer is stalking cats in the tourist village of Fiskardo. In just 12 months, at least 54 cats have been systematically murdered by a faceless monster. We are installing cameras where the street cats gather to feed and will monitor them 24 hours a day, to try catch the killer.

We continued to help flying foxes affected by the recent bushfires. A whole generation of these creatures is at risk. We are helping finance their care until they can be returned to the wild. 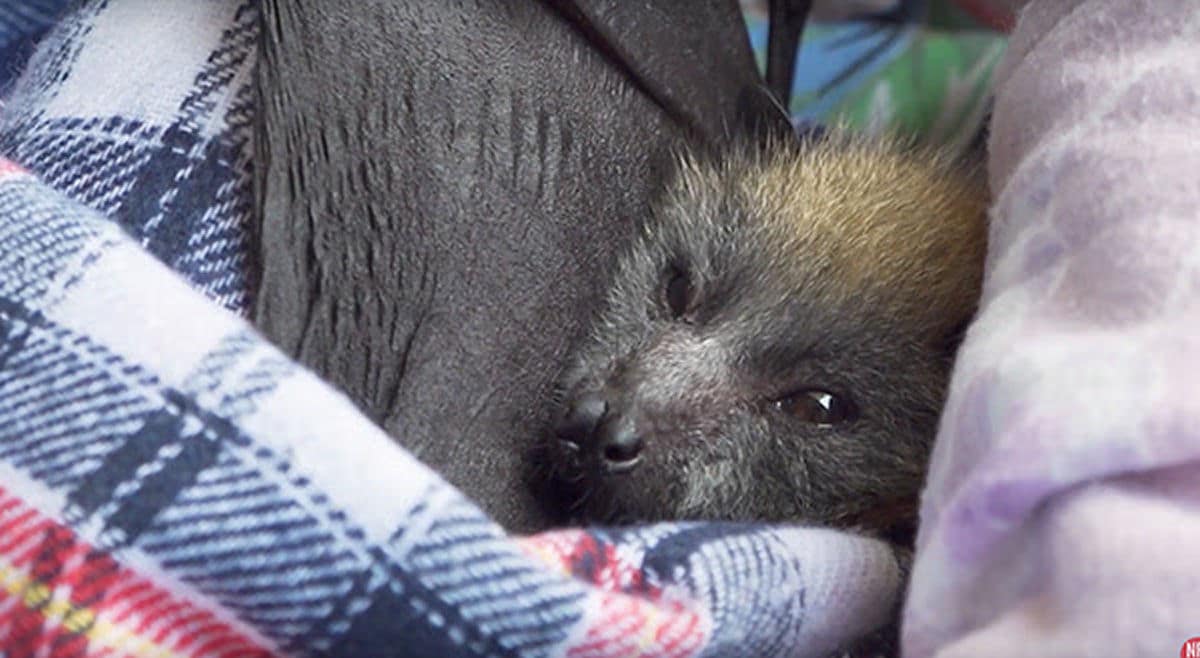 In the Philippines, our staff rescued an elderly dog that was dumped by her owner and left to starve. Sashimi is recovering her faith in humans at a safe-haven shelter. 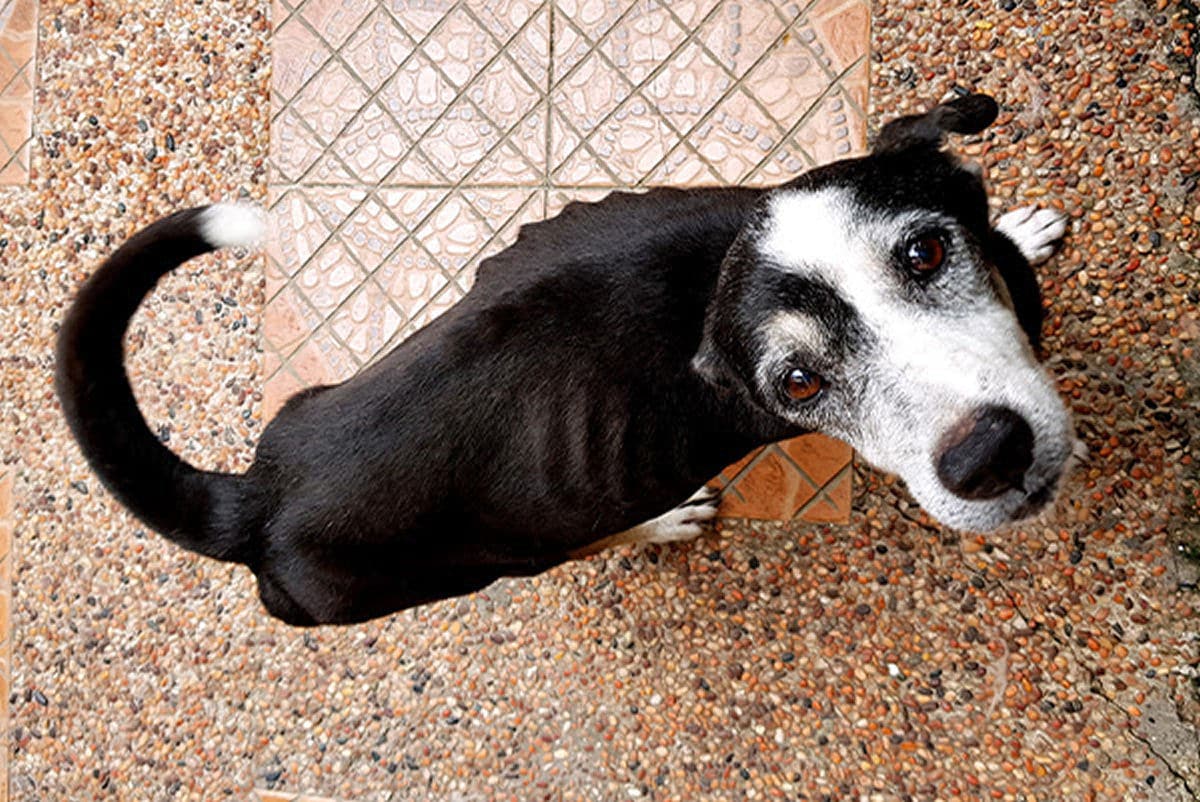 Last but not least, good news from Thailand is that Zero, a dog we rescued from near death because of a pancreatic condition that wouldn’t let his body digest food properly, has found his forever-home where he is well and happy.

All this, on top of the other work we currently do in countries around the world, is to help animals, from cats to elephants. Our work never stops the need for help is always urgent. We do our best to respond, providing as much help as our supporters allow us to by making donations. We receive no assistance from any government.

What we do, we do because animals need us. And with your help, we aim to extend our crusade to help animals to more countries where animals desperately need help. 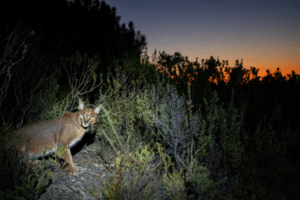