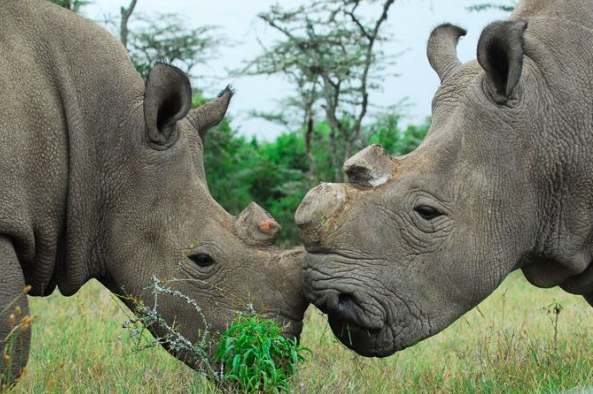 It is merely made up of the same substance as our fingernails but in certain parts of the world, rhino horn is believed to hold magical qualities. Many people believe that consuming rhino horn products will get rid of hangovers, have a cocaine-like effect on mood and energy levels, and even cure cancer. As a result, money-hungry poachers are slaughtering these beautiful creatures to fuel the demand for “magic elixirs”, with Vietnam being the most notable consumer.  The world-wide effect of all this is devastating. A sub-species of the Javan Rhino was declared extinct in Vietnam in 2011. Other species are critically endangered. Meanwhile, rhino horn is now officially worth more than its weight in gold.

Join NFA, on the Global March for Elephants and Rhinos on 24th September.

The demand for rhino horn in Vietnam began to surge in 2008, when a rumour surfaced that a government official had been cured of cancer thanks to its purported medicinal qualities. Since then poaching has become rampant throughout Africa and Asia in order to meet the huge consumer demand for rhino horn products. And it isn’t just those continents which are being affected. Given the huge value of rhino horn on the black market, organised crime syndicates across the globe are cashing in on the demand. Museums which house rhino horns have been advised to lock up these exhibits or remove them from public view altogether, following heists in the UK,  Portugal, Sweden, Belgium, the Czech Republic, France and Germany.

In Africa and Asia, as well as slaughtering rhinos and then sawing off their horns, some poachers saw them off whilst the rhinos are still alive, and leave the poor creatures to bleed to death.  This has led some desperate park rangers to sedate the rhinos in their care and remove their horns themselves. This renders them worthless to poachers, and therefore ensures the rhinos’ safety.

Countless poachers have been shot dead whilst trying to commit their crimes. However there will always be more willing to take their place. Poachers are on the very bottom rung of the criminal ladder, and often from very poor areas where they are struggling to provide for their families. The demand for rhino horn is bigger than ever before. So if members of the criminal underworld offer these men the chance to make some money killing rhinos for their horn, they don’t think twice.

The CITES Conference on 24th September

The fate of rhinos will be one of the topics discussed at the 17th meeting of the Conference of the Parties to CITES (CoP17). It will take place in Johannesburg, South Africa from 24 September to 5 October. The Convention on International Trade in Endangered Species of Wild Fauna and Flora (CITES),  is an international agreement between governments and its aim is to ensure that international trade in specimens of wild animals and plants does not threaten their survival.

The best way to handle the poaching crisis affecting elephants is already causing disagreements between countries attending the conference, with some believing that a legal trade in ivory products should not be banned, and some countries and organisations, including NFA arguing that any legal trade in ivory will increase demand, and therefore increase poaching and criminal activity to meet that demand.

In contrast, it would appear that the trade in rhino horn may be settled for the moment, at least. The South African Government has confirmed it will not request a lifting of the ban on international trade at this year’s CoP. However Swaziland has done so, and some believe that Swaziland may be acting as a proxy for South Africa on this matter. That way South Africa can save face, and also test the waters on the subject of rhino horn by watching and learning from Swaziland’s experience at CITES.

Proponents of lifting the ban on legal trade argue that this would de-value rhino horn, and it would also empower those selling it to invest their money back into conservation. However those against, like NFA, argue that lifting the ban would increase demand for rhino horn products, as well as removing the stigma associated with it.

CITES says its aim is:

“To ensure that international trade in specimens of wild animals and plants does not threaten their survival.”

All eyes will be on CITES on 24th September to see if they live up to that aim, or whether they abandon it, and leave our wildlife to be decimated through ignorance and greed.

Join NFA, on the Global March for Elephants and Rhinos on 24th September.