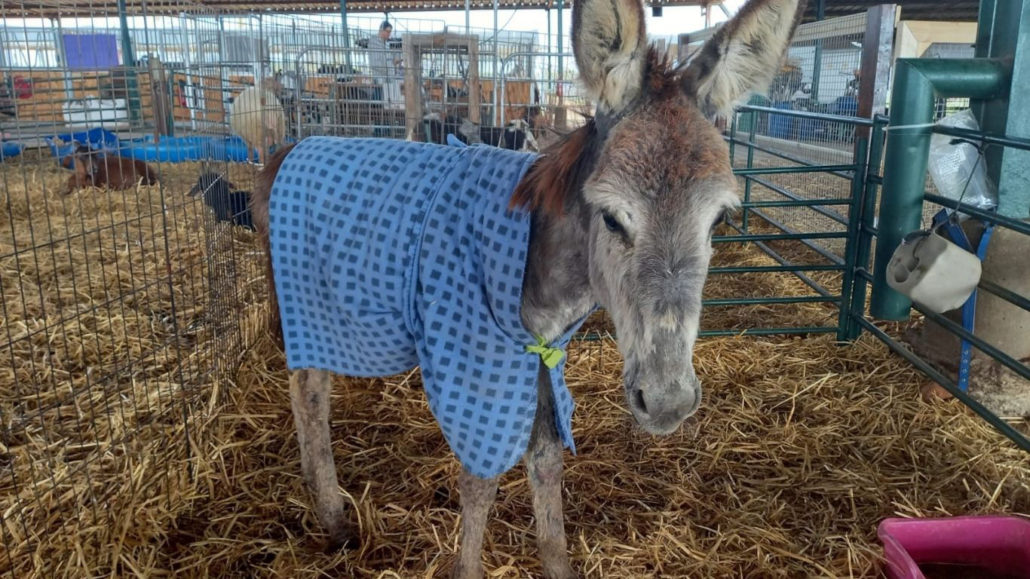 Here’s how your donations to Network for Animals helped animals this month:

Natalie is a victim of senseless donkey abuse in the town of Beersheba. Cruel children tied a rope around her and dragged her along a gravel road. Alerted by soldiers who’d heard Natalie’s anguished cries, our partner, the Starting Over Sanctuary, rushed to the rescue. When the little donkey arrived at the sanctuary, she was so weak that she couldn’t even stand. But thanks to your generous donations and the dedicated team at the Starting Over Sanctuary, Natalie received the 24-hour care and love that she needed and has made a fast, miraculous recovery. She is almost ready to find a forever home. 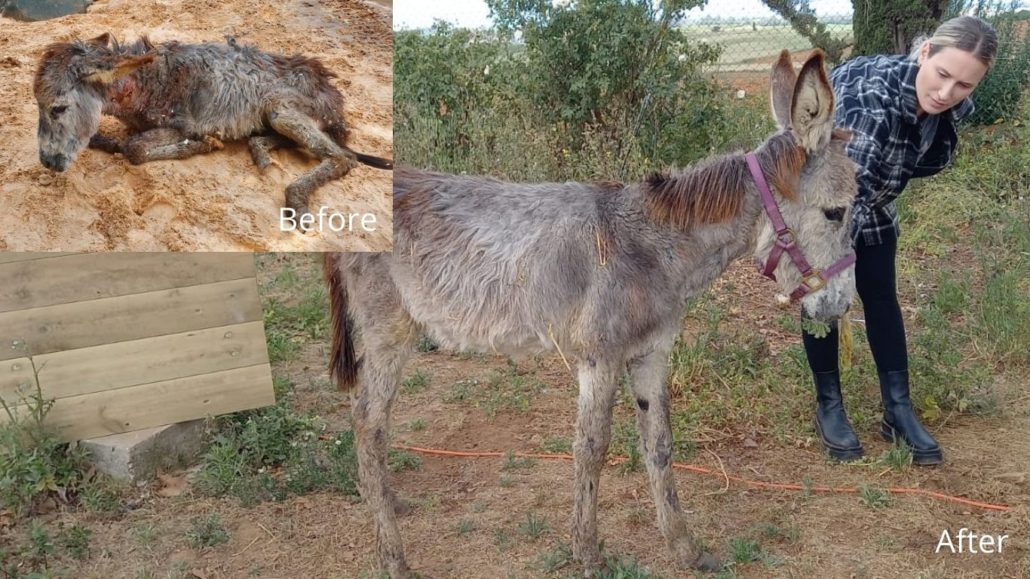 On the island of Lamu in Kenya, some 8,000 cats are living in misery, foraging in garbage dumps and open sewers, to survive. It’s a heartbreaking situation. Lamu relies on tourism, and COVID-19 put an end to that. People who used to help the cats could no longer do so, resulting in a massive and deadly population explosion. Starving cats and kittens are everywhere. We asked our supporters to help us create a Trap, Neuter and Return program (TNR) that will end the sad and shameful cycle of birth, disease and death for these cats. Thanks to your generosity, a local vet and a group of volunteers will soon be able to start sterilizations using the equipment and medicines you helped us fund. It’s a big job and will take many months, but we will keep you posted. 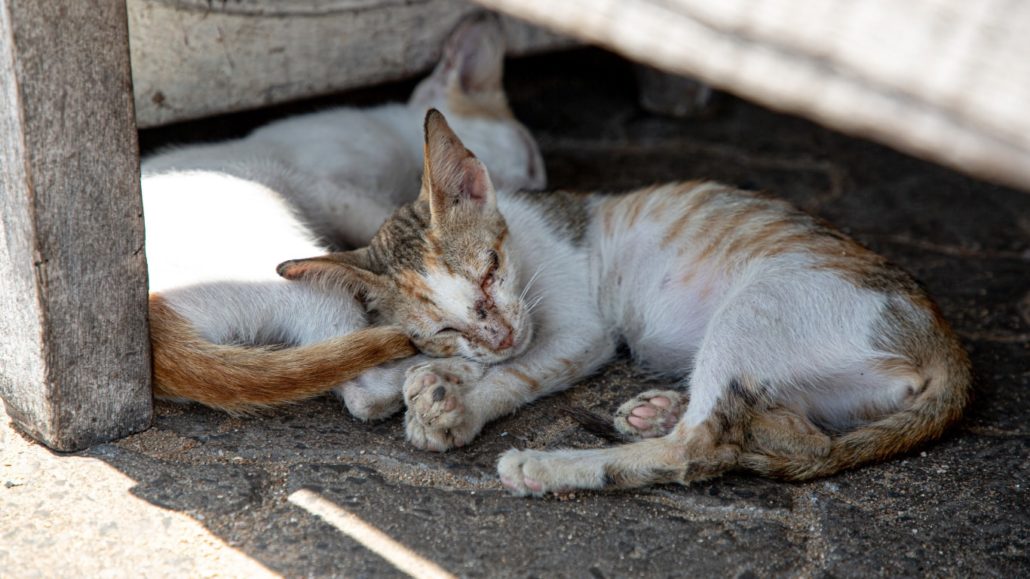 We’re delighted to share that Duke, a greyhound we rescued from the barbaric “taxi hunts” in South Africa’s Valley of a Thousand Hills, has found a forever home. Duke was rescued from a cruel ‘sport’ where packs of deliberately starved dogs are sent on hunts to chase and rip up small animals! We found Duke in a terrible condition and missing an eye. He was frightened and in excruciating pain. But with your help, we were able to get Duke the best veterinary care possible and set him on a road to recovery. Now, thanks to his new owner’s love and care, Duke is learning to trust humans again and showing his true nature as a friendly and loyal dog. Thank you for your continued support; without it, we will never be able to help dogs like Duke. 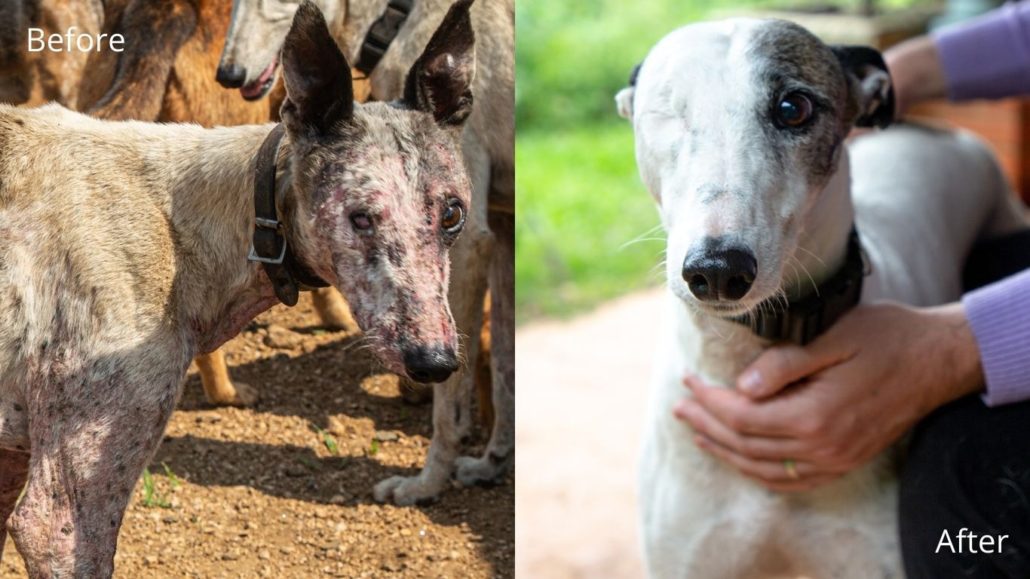 We found Sam in the small rural town of Grabouw, South Africa. Sam, a street dog, was starving and covered in mange and his own feces. He was clearly petrified until he realized we were there to help him. We rushed him to a nearby veterinary clinic, where he received lifesaving treatment. Our chief campaigner, Luke Barritt, was so moved by Sam’s situation that he adopted him rather than have him return to the harsh cold winters in the Grabouw area. Through love and care, Sam is slowly recovering from post-traumatic stress. 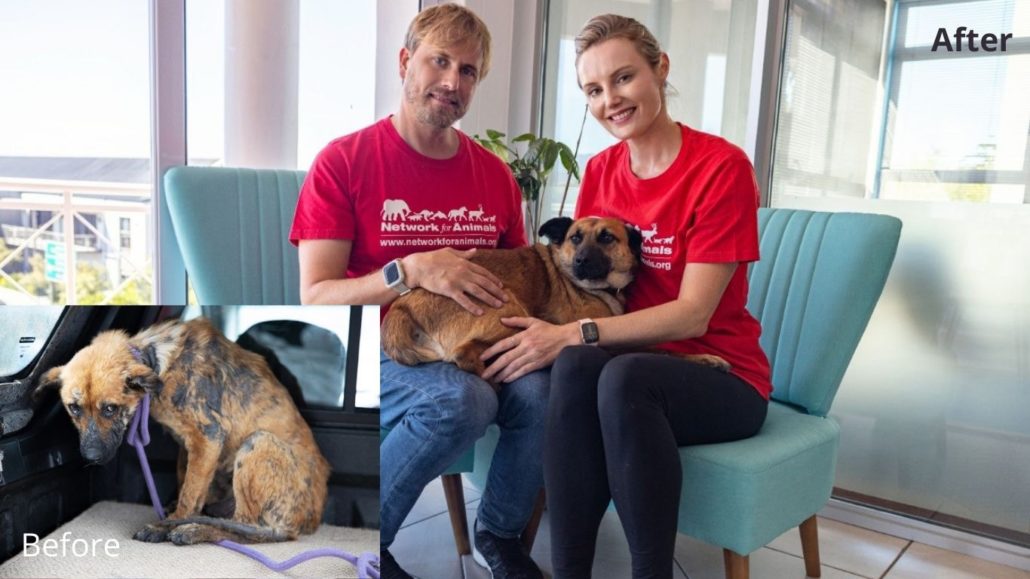 After a four-year struggle, we are delighted to announce that we have successfully relocated 150 donkeys saved from the nightmarish Chinese donkey skin trade to the life of their dreams. In 2017, our partner, the Karoo Donkey Sanctuary, intercepted the sale of these donkeys on their way to an illegal auction for slaughter. We’ve been financially supporting the donkeys since then – a constant challenge as their home at the Karoo Donkey Sanctuary was located in a semi-desert area that could not provide grazing for so many donkeys. Just two weeks ago, with hard work and happy tears, we assisted with moving all the donkeys to a perfect piece of land situated close to Plettenberg Bay. The farm is easy to access and has plenty of good quality grass and sufficient water for our beloved donkeys. 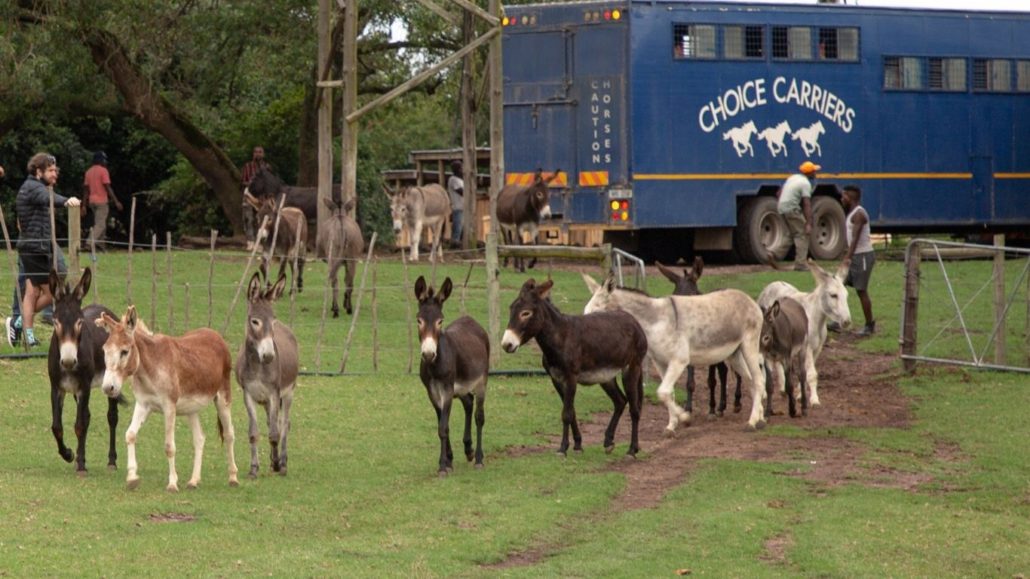 When the residents of Atlantis in Cape Town, South Africa, started protesting about poor living conditions, an angry and violent mob formed – and inexplicably began hurting street dogs in a savage protest. Our team rushed to the rescue, dodging burning tires and angry protesters. In the middle of the angry protest action, we came across a little dog who had been subjected to horrendous cruelty and extreme abuse. We named her Phoenix. The rioters first tried to set her alight, but after she managed to escape the flames, they doused her in acid! We swooped in to save little Phoenix and rushed her to safety. We are thrilled to report that, thanks to your help, she is on the road to recovery. 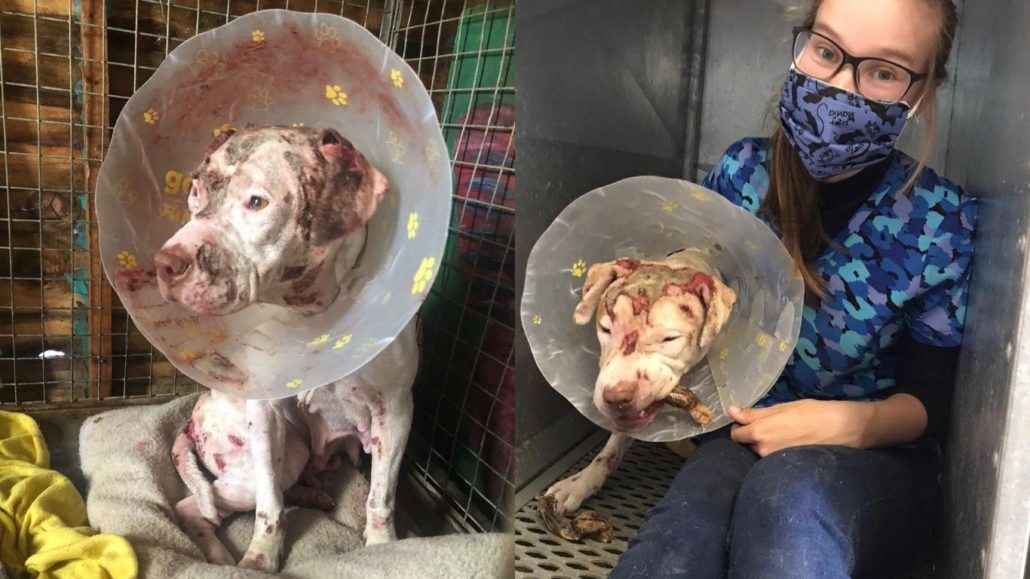 In November last year, we told you how we helped prevent 12 ponies (the Dartmoor Dozen) from being shot when their owner was evicted from his land. He had no money to feed the ponies, and they were starving. In such cases, ponies are usually either shot or sold as meat. Together with our partner, the HUGS Foundation, we saved the Dartmoor Dozen and relocated them to the safety of the HUGS shelter in Bodmin, England. It was a huge challenge because of the cost of their medical treatment and lack of stabling to shelter them from the harsh winter conditions typical of Bodmin Moor. 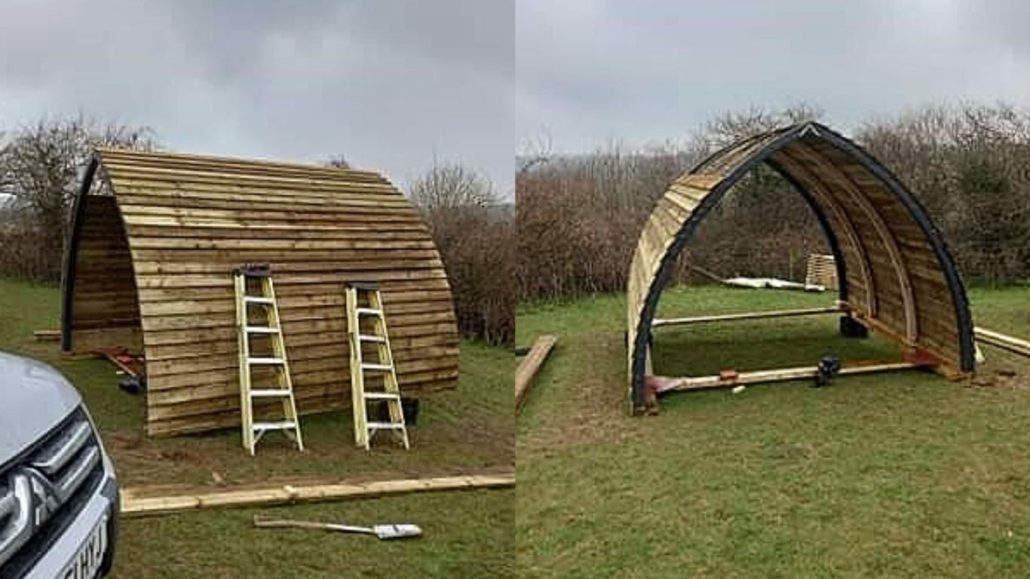 With your help, we raised enough money to build additional shelters and for the ponies’ medical treatment. Sadly, one of the ponies, Chocolate, passed away from liver damage. But we are pleased to share with you that the rest of the Dartmoor Dozen have survived and eight of them have been rehomed. We are confident that the remaining trio will find forever homes very soon. 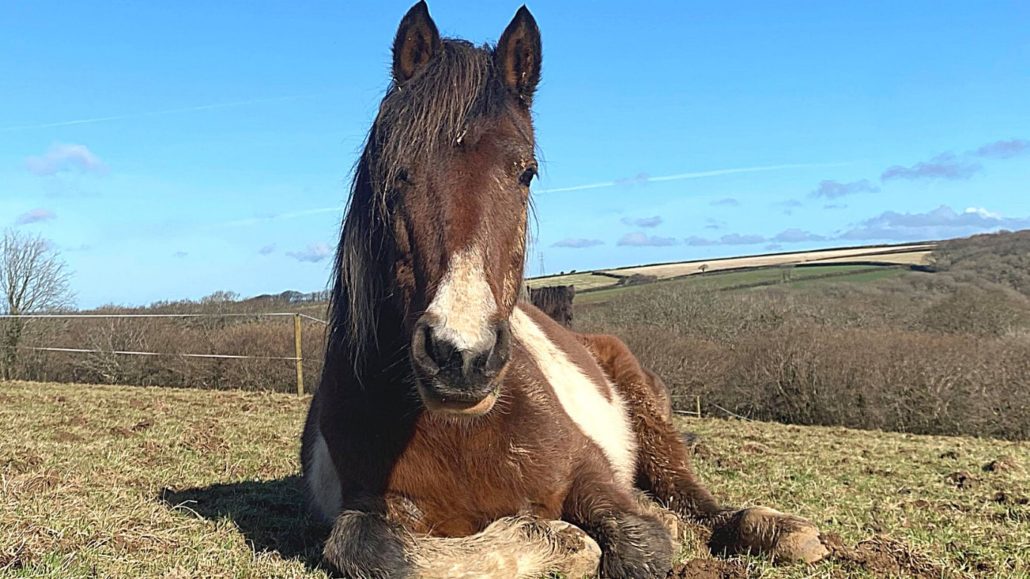 With your help, Network for Animals fights for every single animal life. Once again, thank you for your generous donations which have made these life-saving campaigns possible.
Please donate now