Wisdom, The Oldest Bird On Record, Welcomes Another Chick! 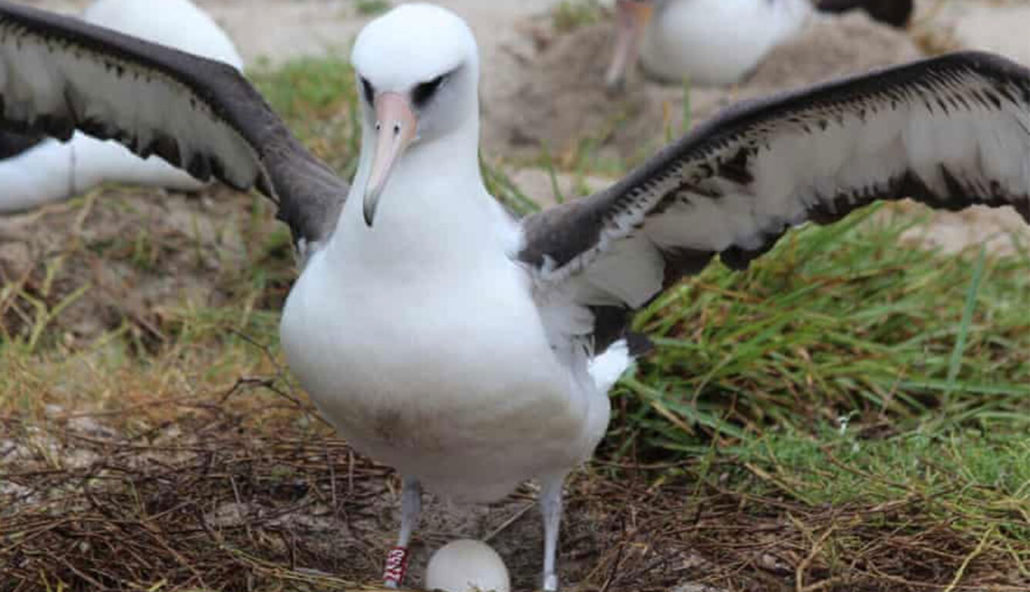 A wild Laysan albatross named Wisdom is proving age is but a number – and that you’re never too old to be a mom!

At 70, Wisdom is no spring chicken, but that doesn’t mean she’s ready to give up on the joys of parenthood just yet. In heart-warming news, Wisdom has just welcomed another chick into the world.

Albatrosses lay one egg per year, and Wisdom has laid some 30-40 eggs in her lifetime. Late last year, it was reported that Wisdom was again incubating an egg. The chick hatched on February 1, 2021.

Wisdom is part of a 2.5 million-strong flock of albatross living in the Hawaiian archipelago, and the longest-living member of the flock, surpassing the expected lifespan of 50 years in the wild by a whopping two decades!

Wisdom hatched in or around 1951. Five years later, she was tagged by a bird biologist named Chandler Robbins, who found her nest near a U.S. Navy barracks. To accommodate her longevity, her tag has been replaced six times

She has lived a daring and adventurous life, even surviving the 2011 Tōhoku earthquake and tsunami that killed an estimated 2,000 adult Laysan and black-footed albatrosses and many chicks.

According to the U.S. Fish and Wildlife Service’s (USFWS) office in the Pacific Islands, Wisdom laid her “latest egg” sometime during the last few days of November 2020. Not long after, she returned to sea to forage, and her mate Akeakamai took over incubation duties.

While albatrosses put all their eggs in one basket when it comes to love – mating for life – they might seek out new partners if one should pass away. Wisdom has most likely had various partners over the years as she outlived her mates. She and Akeakamai, however, have been a couple since at least 2010 and have raised several chicks together.

“Each year that Wisdom returns, we learn more about how long seabirds can live and raise chicks,” said Beth Flint of USFWS, who is the supervisory wildlife biologist at the Pacific Remote Islands National Wildlife Refuge Complex.

“Her return not only inspires bird lovers everywhere but helps us better understand how we can protect these graceful seabirds and the habitat they need to survive into the future.”